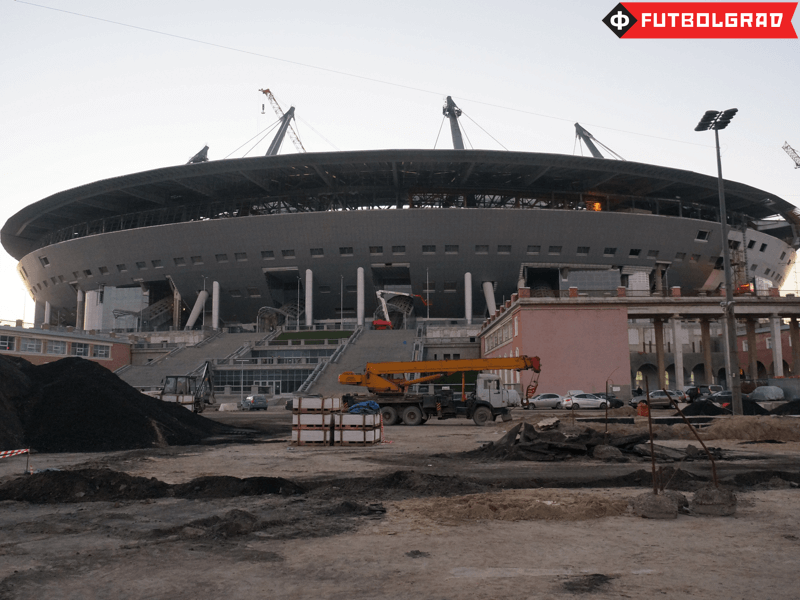 Saint Petersburg, Russia’s second largest city, which will host four group matches and a round of 16, as well as a semi-final match, spent one billion rubles ($14.5 million) in 2015 alone.

When one considers the size of the city and the fact it is a Russian powerhouse in both football and politics, the slow progress of the work in Saint Petersburg has been worrying. Back in February, Futbolgrad reported that only 10% of the city’s hotels had met FIFA standards, an appalling statistic compared to Volgograd’s 75% and Moscow’s 50%.

Most of the extra costs stem from the New Zenit Arena on Krestovsky Island, which will host the World Cup matches in Saint Petersburg. Construction of the arena has been hit by numerous delays and financial constraints, and it will be the most expensive stadium in the world when it is finally completed.

Whilst Saint Petersburg’s infrastructure budget for World Cup preparation has not been released, it is thought that the 2015 budget for infrastructure projects, for the tournament in the entire country, was around 4 billion rubles ($58 million). The fact that nearly a quarter of this amount has been spent on just one city is alarming and indicates that Russia is not likely to meet its budget numbers for the tournament.

Russia has already had to tighten its purse strings on the World Cup because the budget for the tournament preparations was threatening to spin out of control. One cost saving measure has been to lower the number of host cities from 13 to 11. Furthermore, the number of training centers has been reduced from 48 to 37, whilst the capacity at two stadiums has been reduced by 22%.

Perhaps the most surprising aspect of the spending pattern is that more than half of the amount, 590.2m rubles ($8.5 million), has not been spent on the stadium but rather on other projects in the city.

This allocation of funds will certainly lead to further questions about the management, both logistically and financially, of this World Cup. Yet, the fact that Saint Petersburg is the home of Sports Minister Vitali Mutko and President Vladimir Putin has meant that the city has received very little criticism from the state.

FIFA delegates are due to go to Russia within the next few weeks to discuss the logistics of the World Cup. Officially, they are not there to inspect the stadium or the infrastructure of the cities but, unofficially, they will be very concerned about the lack of progress in Saint Petersburg.