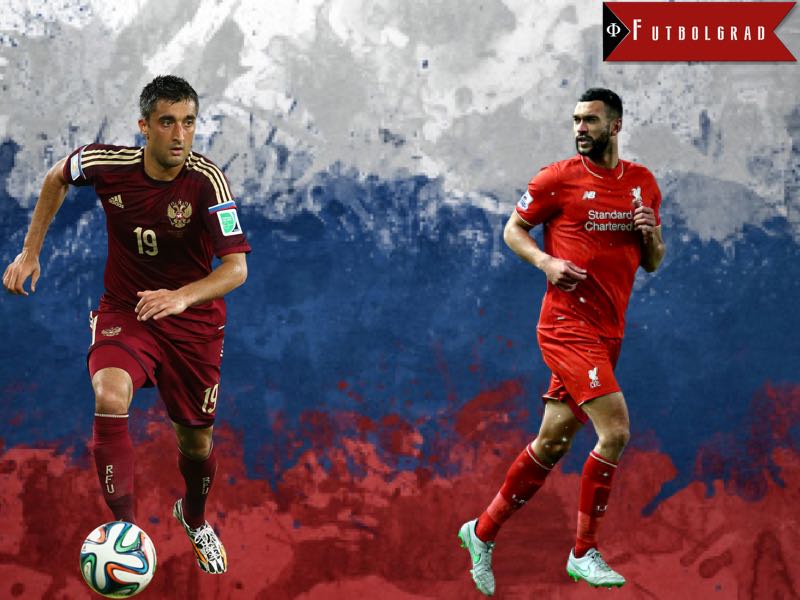 Aleksandr Samedov and Four other Intriguing Winter Transfers in Russia

Aleksandr Samedov’s transfer from Lokomotiv Moscow was one of the most intriguing winter transfers of the Russian Football Premier League. Saul Pope from the Futbolgrad Network has taken a closer look at Samedov’s transfer, and four other deals that piqued his interest.

When we look at signings during the winter transfer windows, we normally do so in terms of the biggest signings. The kind of players—to shed a rather unromantic light on football—most likely to help teams grind out 1-0 or 2-1 victories as they edge their way towards a league title, or away from the relegation whirlpool.

But we also get interested in the intriguing signings. Not the ones that were logical and will almost certainly bring about success, but those that raise an eyebrow. There have been a few such signings in the current Russian winter break. Here are Futbolgrad Network’s Saul Popes most intriguing winter transfers of the Russian Football Premier League:

“I hated football when I first played”.

Mollo is a forward characterised by untamed dribbling, a fiery temperament and interesting sound bites – in other words, he’s a textbook intriguing signing. Having joined Krylia Sovetov last season on loan from St. Etienne, he stood out for his energy and skill either on the left or playing through the middle. Krylia signed him permanently, but having caught the eye of Mircea Lucescu he soon moved to Zenit.

Will it work out? Mircea Lucescu declared himself happy with Mollo at the first winter training camp, though has not added him to their Europa League squad. There were limited spaces here, but Mollo is exactly the kind of skillful, tricky attacker you would want to bring on a cup tie if you needed an urgent goal.

Mollo will surely get game time once the season resumes, but he will by no means be a first choice—the foreign player limit further threatens to stymie his progress. That he can play in the centre as well as out wide offers an extra dimension, but if he wants to be a first choice pick he will have to make the same kind of impression that his most likely rival on the left wing Robert Mak did when he joined in the summer.

“It would be an honour to play for Flamengo…at the moment it looks like I’m going back to Russia, but there’s still time for something to change.”

Not exactly the rallying cry you might hope to hear this winter from the young forward who has been out on loan, but CSKA seem to have a lot of faith in Vitinho coming good this time around. He originally signed in 2013, but struggled to adapt to life in Moscow and has spent two years at Sport Club Internacional. During this loan period, CSKA extended Vitinho’s contract until 2020—not something a club with relatively limited means would do unless they really believed in him.

Flamengo didn’t come knocking, despite the recent rumours, and so Vitinho currently finds himself at CSKA’s winter training camps—where he’s been scoring goals. He has also, according to teammate and compatriot Mario Fernandes, come back to Russia a new man. “Now he’s cheerful, laughs and is in an excellent state of mind…he’s ready to do everything he can to help the team succeed.”

What will help Vitinho’s reintegration is the lack of competition he faces either as an attacking midfielder or forward. Both attackers who started the season, Carlos Strandberg and Lacina Traoré, didn’t meet expectations and have left the club, and Roman Eremenko has a long drug ban.

This leaves Vitinho with an excellent chance to cement his place either instead of Eremenko behind the front man, or else as the main striker if he can see off another player returning to the club, Aaron Olanare. Olanare is returning from a serious injury but, unlike Vitinho, made an impact during his first spell at the club.

“I want to play for as long as possible, and as well as I possibly can. I’m thinking as little as possible about one day having to stop playing football.”

Goalkeeper Vladimir Gabulov left Dinamo Moscow at the end of his contract last June, at a point when the club were relegated under considerable financial constraints and would not offer him the three-year deal he wanted.

Offers came in from various clubs both in Russia and abroad, but surprisingly for a player still close to his peak Gabulov has spent the time since June without a club and training by himself (putting on, he says, no more than a kilogram of weight during that period).

At Arsenal Gabulov will be reunited with Vyacheslav Chanov, the former CSKA Moscow youth trainer who coached him as a youngster. Chanov says that the recent decision to leave CSKA for Arsenal was partly influenced by the chance to work again with Gabulov. “You stick with your own,” says Chanov, “He’s one of my pupils.”

Gabulov certainly has pedigree: his ten caps for Russia include the vital 2-1 win over England in Moscow during Euro 2008 qualification. He would surely have more international appearances were it not for playing at the same time as Igor Akinfeev. At 33 Gabulov has still got two or three years in him at the top level, and could bring stability to a leaky, relegation-threatened Arsenal defence that has conceded the third-most goals in the Premier League.

This is, of course, assuming the prolonged break hasn’t affected his form and that he permanently dislodges current first-choice keeper Mikhail Levashov, who has actually been one of Arsenal’s best players.

No press conference yet from former Liverpool and Tottenham Hotspur defender Caulker on his move to Lokomotiv, but at the time of writing club president Ilya Gerkus has said that he has met the player and a contract has been agreed (though presumably not signed). “He had a lot of questions about Russia, the championship and the fans,” says Gerkus. “He’s 25 years old and has never lived abroad. Let’s be patient and wait.”

Fans will be hoping it will be worth the wait, though the omens are not good. British players in Russia haven’t shone before—David Bentley had a forgettable loan period at FC Rostov and Garry O’Connor scored just eight goals in two spells at Lokomotiv and Tom Tomsk. Caulker himself has spent a couple of years wandering between teams, and has not played for QPR since October.

Lokomotiv don’t have much cover at centre back currently, though the current pairing of Vedran Ćorluka and Nemanja Pejčinović have done well. Lokomotiv have conceded just 13 goals this season—the same number as leaders Spartak Moscow—and their low league position is more down to frailties up front. Caulker will need time to adapt to a new country and to get match fit—with just 13 games to go and high-performing rivals in his way, we may find that Caulker gets little time on the pitch.

“I feel great nervousness and at the same time joy at returning to my ‘home’ club after twelve years. I hope—no I’m sure—that everything will go well!”

Right-winger Samedov started his career at Spartak, and began playing in the first team at the age of eighteen. After losing his place in the side a couple of years later he began a tour of the capital’s clubs—he has played for Lokomotiv (two spells), Dinamo and the now defunct FK Moskva as well as Spartak. However, he is no a typical journeyman—he has played well and kept relatively injury free wherever he has been and is a regular (though by no means spectacular) member of the Russian national team set-up. 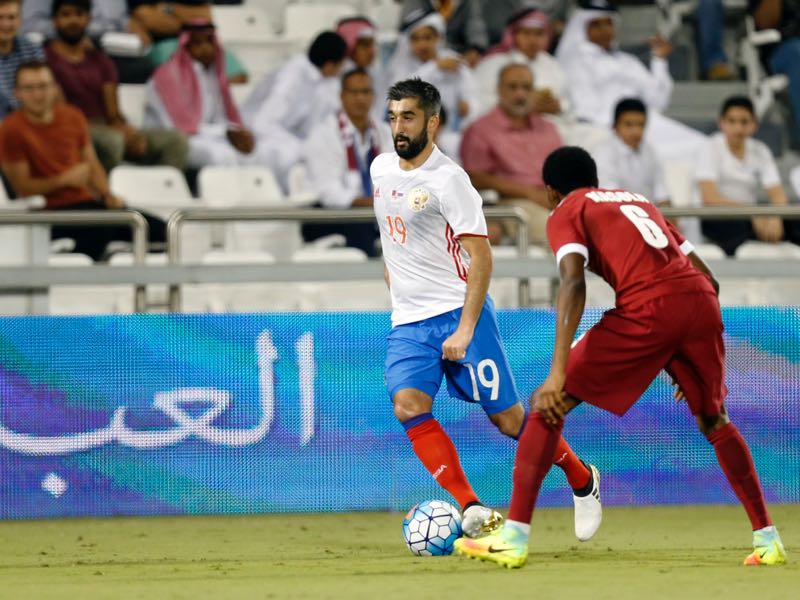 Samedov fell out with Lokomotiv manager Yuriy Semin not long before the winter break, at the point when news of a possible Spartak move broke. He was rumoured to have been banned from the training ground. Semin stopped playing him, blaming this on a minor injury, and tended to change the subject whenever Samedov came up in interviews.

Samedov’s logic in making this move is understandable—he is 32 and has never won a league title, but can now do this at the club he joined as a boy. Will he play? Current Spartak star Quincy Promes—who resisted a winter move to Liverpool—has been playing on Samedov’s favoured right side of the attack, but given the consistency Samedov offers it is likely Massimo Carrera will try to accommodate both. Samedov will likely become a regular member of a Spartak’s first eleven, though not an indispensable one.