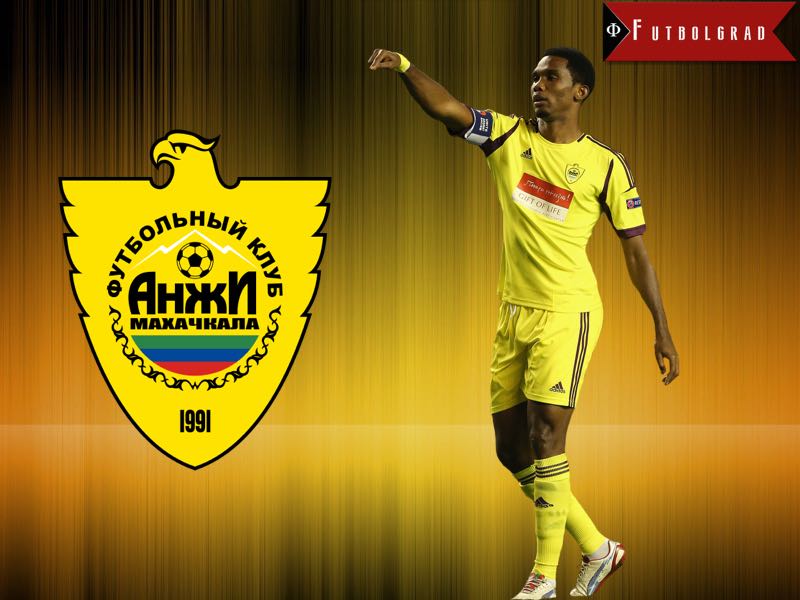 Samuel Eto’o appeared to be on his way back to Russia. At least that is what the world believed after the superstar striker tweeted out a picture holding up an Amkar Perm shirt with his number 36 next to Perm manager, Gadzhi Gadzhiev. The text to the tweet read “Today in Belek. More details will follow.”

The club, however, quickly released a public statement informing the press that they will not sign Samuel Eto’o. Amkar’s sporting director, Igor Rezvukhin, quickly pointed out that the club will not sign the Cameroonian legend: “Eto’o is our friend, don’t try to find something more in this case.”

Amkar Perm are currently in Turkey to prepare for the second half of the Russian Football Premier League season and Eto’o, who now plays for the Turkish Süper Lig club, Alanyaspor, took the 90 minute drive to visit his former Anzhi Makhachkala coach, Gadzhi Gadzhiyev.

Futbolgrad believes that this is a good time to revisit Samuel Eto’o’s turbulent time with Anzhi Makhachkala—an episode that, even though it was only six years ago, appears to be almost a different era of Russian football.

The now 35-year-old Samuel Eto’o made history when he signed for the Dagestan based club, Anzhi Makhachkala, in 2011. Back in 2011, Anzhi had paid €27 million for the Cameroonian striker, and signed him to a contract that made him the best-paid player in the world at the time, with an annual salary of €10 million.

It was, of course, the early days of Suleyman Kerimov’s ownership of Anzhi Makhachkala. Kerimov had bought the club in 2011 for a token payment to the Republic of Dagestan, and cleared its 130 million roubles debt (€3 million at the time). It was a piece of business that was supposed to catapult Kerimov to the very top of Dagestani politics.

Kerimov believed that by creating a European super club in his hometown, Makhachkala, he could assist the Russian Federation by appeasing the troubled Caucasus region and, at the same time, show the world that the Caucasus was a safe area in which to invest. If successful, Anzhi Makhachkala would become a beacon of the Caucasus, and Kerimov’s aspirations to become president would easily be met by the thankful policy makers in Moscow.

Suleyman Kerimov wanted to put Makhachkala on the map

Shortly after purchasing Anzhi, Kerimov promised to invest $30 to $50 million in new players and $200 million in infrastructure. In March 2011—back then the Russian winter transfer window lasted until the end of March—the club signed the Brazilian world champion Roberto Carlos. Roberto Carlos was just one of many big name signings that winter.

Anzhi signed the Brazilian Jucilei from Corinthians for €10 million, Mbarak Boussoufa for €8 million from RSC Anderlecht, and Diego Tardelli for €5 million from Atlético Mineiro, among others. Altogether the club spent €31.2 million in new players in the first transfer window under Kerimov. 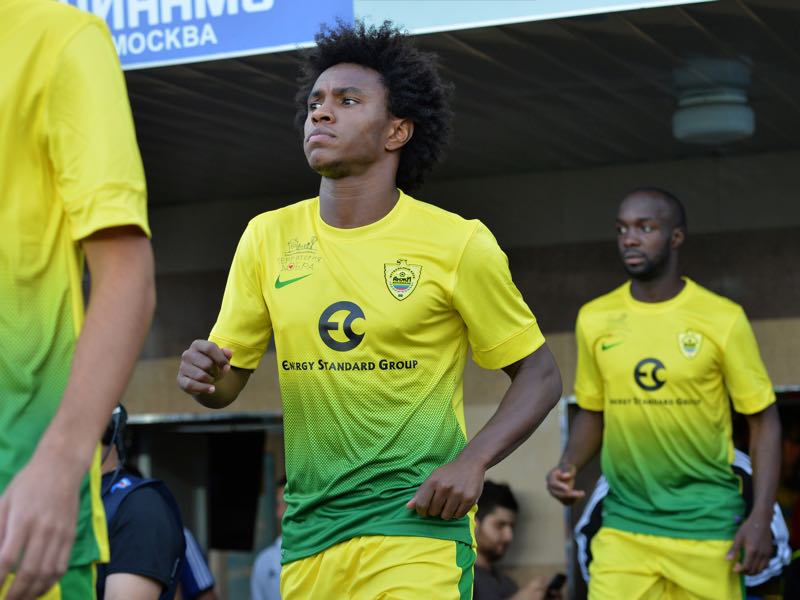 Willian was one of the many other superstars Anzhi Makhachkala signed in the brief wild years of the club. (Photo by Epsilon/Getty Images)

In many ways, what happened in Dagestan at Anzhi foreshadowed the transfer impact of today’s Chinese Super League. The world was stunned, and quickly tried to understand what was happening in a region of the world that was known for terrorism and war, but not for super-rich football clubs.

Samuel Eto’o was just one of many superstar signings

Altogether the club spent €88.2 million on new players in the 2011-12 season. The revolution was not quite complete though. The following season the club once again spent big time, signing Willian for €35 million from Shakhtar Donetsk, Lacina Traoré for €18 million from Kuban Krasnodar, and Lassana Diarra for €5 million from Real Madrid.

In the first season after the superstar signings arrived, Anzhi Makhachkala finished fifth and reached the Europa League, and Samuel Eto’o was the club’s top scorer with 13 goals. The first step to glory seemed to be close at hand, and the club seemed to be ready to compete for the Russian Football Premier League title, and also make their mark on European football. 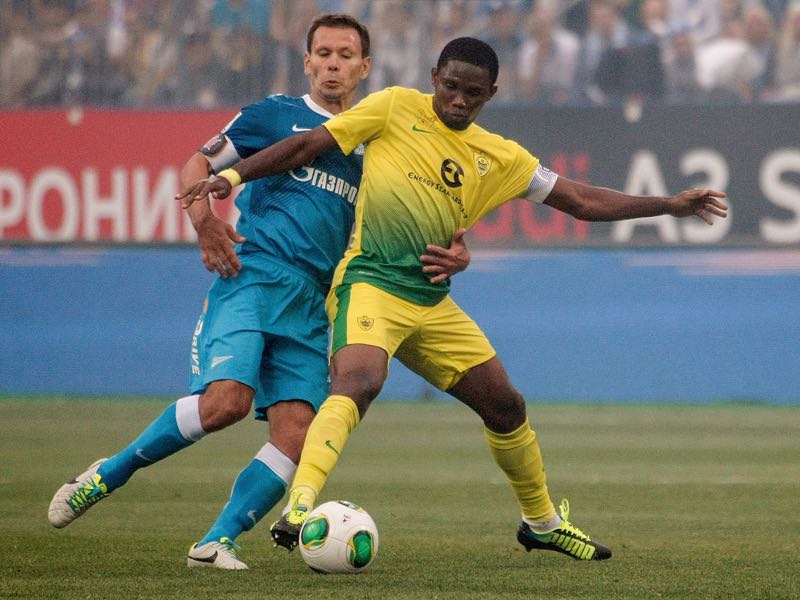 Media teams scrambled to Dagestan to find out more about this strange club from Makhachkala. One BBC report at the time filmed right outside the stadium, which was a typical Soviet era stadium that had not seen repair since it was first built in the 1960s. There was a flower market right underneath one of the stands, and the road leading up to the stadium had the ubiquitous symbol of the post-Soviet space: potholes.

Of course the likes of Samuel Eto’o rarely ever got to see the facility from the outside. All the players lived in Moscow, where the club had taken over the training facilities of the disbanded club, Saturn Ramenskoye. Conveniently located in close proximity to the Ramenskoye Airport, the facility allowed the club to travel back to Dagestan every second weekend to play their “home-games” in Makhachkala.

The reason for the shuttling back and forward of players was simple. Dagestan, despite Kerimov’s visions, remained an extremely unstable region in the Russian Federation. Terrorism and clashes between military forces and insurgency fighters meant that every home game in Makhachkala was a huge security risk. It was, therefore, no surprise that when Anzhi did reach the Europa League, the club was not allowed to play any of its home games in Makhachkala. 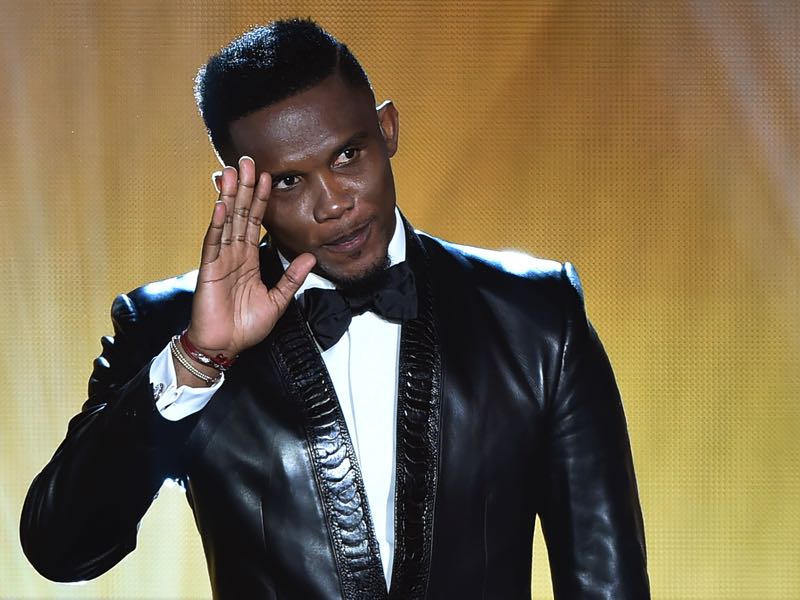 In some ways, the club was like a wandering circus with the stars around Samuel Eto’o as the main attraction. And the stars delivered. Eto’o scored 13 goals in 22 games in the 2011-12 season. Then in 2012-13 he scored ten goals playing behind Traoré, as a playmaker.

Behind the facade the dream was falling apart

Behind the facade, however, the Anzhi dream was falling apart. Kerimov stumbled over a financial scandal in the summer of 2013 and, as a result, put the entire squad up for sale (you can read more on this here).

Eto’o was one of the first to leave the club when he signed for the Roman Abramovich owned club, Chelsea FC, in 2013. The close connection between Kerimov and Abramovich meant that Eto’o left the club on a free transfer, as Kerimov was simply content to have the Cameroonian striker off his payroll.

It has been three and a half years since Eto’o left Anzhi. Since then, Russia has become a different footballing country with many clubs, including Anzhi, struggling financially. Seeing Eto’o hold up the Amkar shirt is, therefore, definately a reminder of a bygone era.