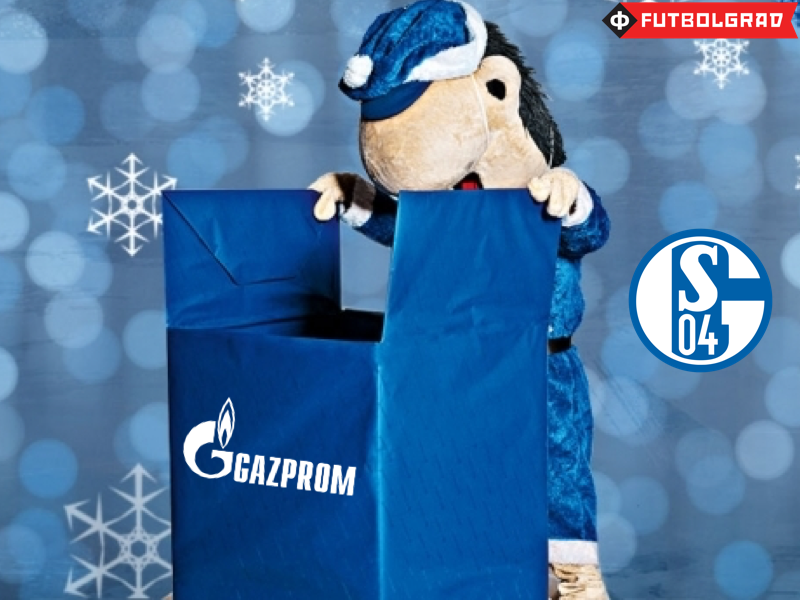 Christmas may have come early for the German Bundesliga side FC Schalke 04 this season. As the German newspaper Bild reports Schalke is in advanced secret talks with their sponsor Gazprom to extend the current sponsorship deal.

According to Bild, Schalke is seeking a new deal that would be worth €120 million over four years, which would see Gazprom increase it’s investment by €10 million per annum—the current deal, which will run until 2017, is worth €20 million a season.

This is potentially good news for Schalke. Their other current sponsors, such as Adidas, which wants to focus on sponsoring European elite clubs (Under Armour is rumoured to replace Adidas), and Volkswagen—the car maker was hit by several scandals earlier this year—may not renew their sponsorship deals with the Gelsenkirchen-based club.

For Gazprom extending their sponsorship commitment in Germany makes sense only on second glance. In 2007, the year in which the gas company became Schalke’s main sponsor, Gazprom was the third largest company in the world with a market value of $360 billion, and the company’s head Alexi Miller predicted that Gazprom’s value could eventually breach $1 trillion. Nine years later and falling oil prices, Russian involvement in Ukraine, and the subsequent rouble crisis have very much halted Miller’s dream as Gazprom is currently valued just $50 billion, and economists have suggested that the company should be split up in order to make it more competitive.

In light of these economic numbers it would seem that Gazprom would have very little interest in extending its football sponsorship. But the fact that Gazprom is facing new competitive challenges at home and abroad means that the company may be forced to expand its visibility and image more than ever Also, despite the sanctions Germany remains Gazprom’s biggest foreign market, and the company needs the backing of popular opinion in Germany if it wants to maintain support of the controversial Nord Stream 2 project.

Despite this Gazprom may want to gain more influence at Schalke 04. Recently Schalke’s head of finances Peter Peters has announced that the club could look into restructuring its economic model that would make it possible for investors to hold minority shares in the club, and in turn take more direct control over club politics. There is speculation that a new deal between Schalke and Gazprom could therefore see Schalke changing its economic structure from registered association (eingetragener Verein in German e. V.) to a corporation limited by share ownership (Aktiengesellschaft or AG in German).

It remains to be seen what conditions will be required of a new sponsorship agreement, but for now Schalke fans can celebrate the fact that the club may have extra funds available that would allow them to not only hang on to several promising youngsters such as Joël Matip (who has recently been linked to Liverpool), Leroy Sané (who has been linked to Arsenal), but also to strengthen the team and push for a Champions League spot in the Bundesliga (use December’s TitanBet promo code to bet on Bundesliga matches).