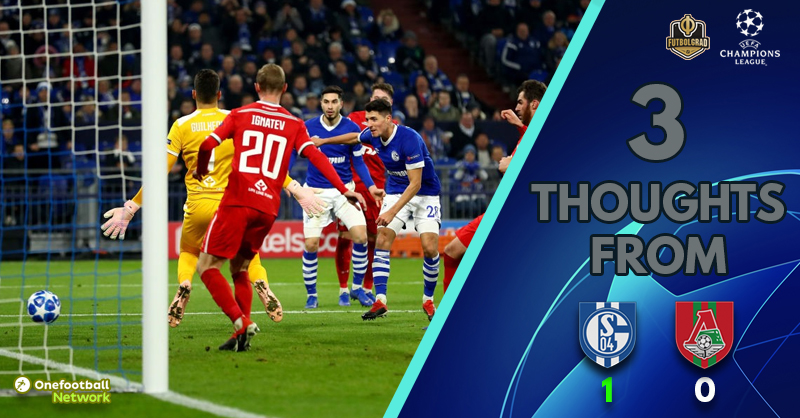 Schalke v Lokomotiv kicked off with Domenico Tedesco presenting a heavily rotated Schalke side that included 19-year-old debutant striker Benjamin Goller. Lokomotiv, in the meantime, needed three points to secure the third spot but the Russians have struggled all season in Europe and could not get past a poor Schalke side.

It was need against misery on Tuesday night at the Arean auf Schalke. The German side have been miserable for most of this season, and it was only due to the weakness of the group that Schalke were already qualified for the next round ahead of the match.

In truth, however, Schalke were not just poor regarding results but also of performances all season. Domenico Tedesco has struggled to develop the side that finished second in the Bundesliga last season from a team that simply ground out results to a side that plays cultivated football.

In some ways, that statement also fits Lokomotiv. Guided by Yuri Semin Lokomotiv won the 2017/18 Russian championship thanks to a pragmatic approach in a league in which no side could find consistency. With the championship came the qualification for the UEFA Champions League and for the first time in years the opportunity to spend some money.

With investments, however, also came expectations – expectations of better football, which Semin tried to meet but failed to deliver. In the Russian Premier, Liga Lokomotiv are fifth, and six points behind first-placed Zenit and in Europe Semin’s pragmatic approach was quickly found out as Loko finish last with just one win from five games and a goal differential of 4-12.

“With Fedor Smolov we have signed the best forward on the Russian market,” Erik Stoffelshaus told the German media a few months back. Lokomotiv paid €9 million for the Russian national team striker – a decent amount of money for a player moving within the RPL.

The problem, however, has been that Smolov has never really recovered from a disappointing World Cup where he lost his starting role in the national team to Artem Dzyuba. Following the tournament, Smolov was plagued by injuries and manged just four goals and one assist in 12 RPL games. His record in the Champions League is even worse playing just 117 minutes in three games and failing to score.

On Tuesday he was brought on late for Jefferson Farfan, and it quickly became apparent that Smolov does not seem to fit Semin’s style of play. What then is the solution for the 28-year-old forward, who joined Loko to fulfil his Champions League dream? At this point, it could even be possible that the club and the player end what seems to have been a misunderstanding from the very beginning.

Much was made of Benedikt Höwedes‘ return to the club that he spent most of his career with. Trained at Schalke’s academy, the defender joined Lokomotiv this summer from Schalke after a miserable year on loan at Juventus and was greeted ahead of the match by the Schalke fans.

It was an emotional moment for the defender. “I had tears in my eyes. I have had so many great moments in this stadium. It was probably the last time I have played here, and that hurts,” Höwedes said after the match. 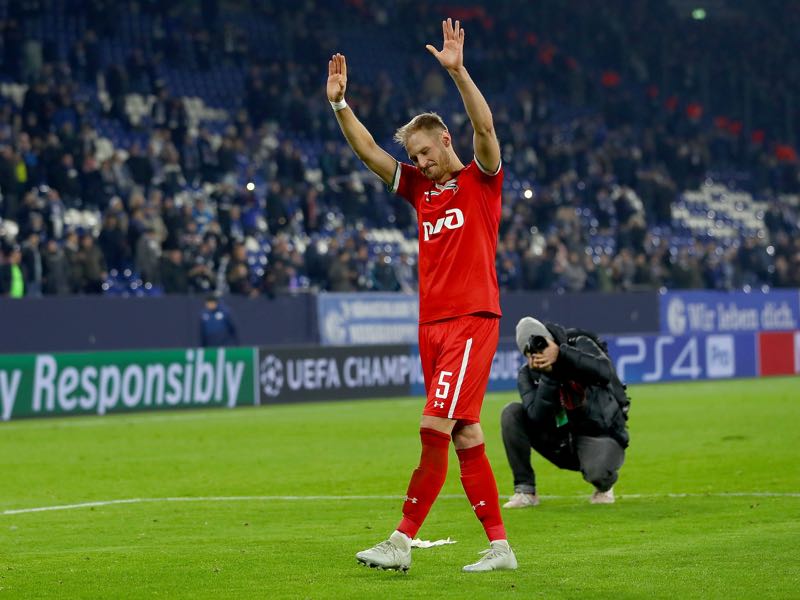 The defender waved goodbye to the fans following the match and was given a standing ovation by the fans. “That is something Benni has earned because he has done an excellent job here over many years,” Schalke captain and goalkeeper Ralf Fährmann told the German station Sky after the game.