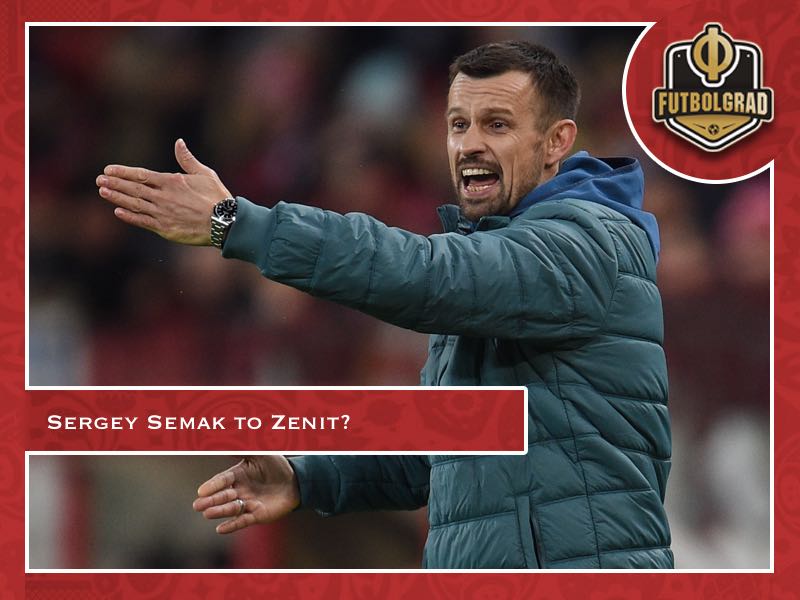 Towards the end of this week, what were told we’d known since the end of last year – Roberto Mancini will leave Zenit St. Petersburg after an indifferent season. The lawyers have been talking, an agreement has been reached over his departure, and a shortlist of five candidates has already been drawn up to replace him and include fan favourite Sergey Semak. Well, I guess someone has to start planning for the Europa League next season…

Of the five candidates, one is Russian (Sergey Semak), one works in Russia (Miodrag Bozović), one used to work in Russia (Dick Advocaat, at Zenit), and two are foreign managers with no experience of Russia (Maurizio Sarri and Sinisa Mihajlović). Given Zenit’s recent tendency towards big names, the most likely outcome is one of the final two names, but for some time now I have been a passionate supporter of appointing Sergey Semak. Below I set out my reasons why.

Of all the Russian clubs, Zenit does have probably the best track record with managers from Europe. They have won the league with three (Advocaat, Luciano Spalletti and Andre Villas-Boas), but elsewhere it is only Spartak Moscow and Massimo Carrera that have achieved this.

Villas-Boas’ time at Zenit is ultimately remembered with disappointment – he didn’t make a dent on the Champions League, despite players such as Hulk and Axel Witsel being at his disposal. Despite this he – as is usually the case – left Russia with his reputation intact. Now Mancini has led Zenit to their worst finish for a decade, yet he’s a candidate for the role of Italy national team head coach.

For most foreign managers, time in Russia can be seen as a chance to experience something different and earn a good wage, knowing that failure will be easy to explain away back at home. A Russian manager like Semak will not have that luxury; for him, Zenit is a massive opportunity, but one that – if it goes wrong – will mean several years of rebuilding his career. Therefore the pressure to perform is on, rather than doing half a season, realising it isn’t working out and looking for an exit strategy.

As a Zenit fan, my heart says that the next manager should be Advocaat. The club’s finest hour came with the 2008 UEFA Cup win under him, which followed the 2007 domestic title – the first since 1984. There is the sense that his time with Zenit, which ended with his sacking in 2009 and an emotional send-off, concluded despite there being unfinished business.

Perhaps that business could have been concluded had Advocaat returned before or after his tenure as Russia boss (2010-12). He is now seventy, though, and has a few more managerial failures under his belt than a decade ago. Having already twice ‘retired’ from club management in recent years, he could quickly jump ship mid-year if things were going wrong. 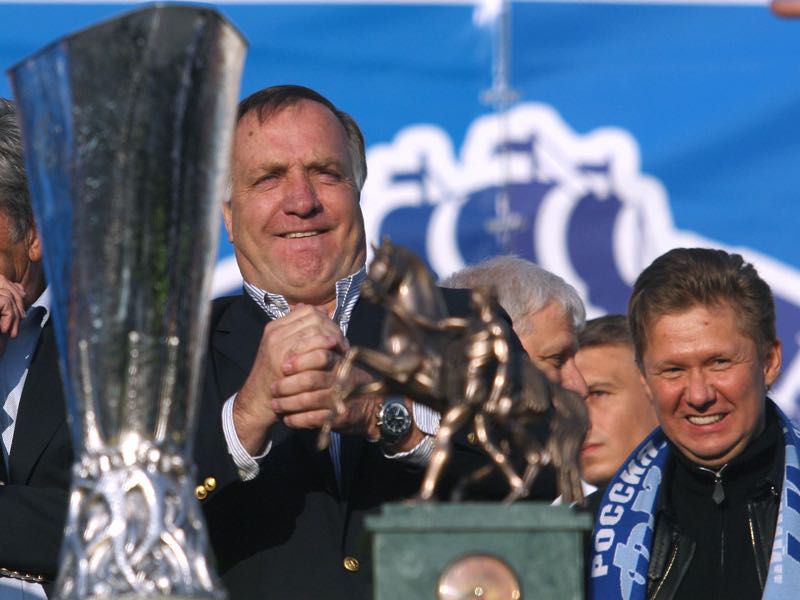 Though Advocaat’s long-standing assistant Cor Pot has said that an offer to return to Zenit would be “very strongly interesting” for them, it’s a no from me. Football is no different from most aspects of life: it’s better to think fondly of the good times rather than try to rekindle them.

Since Advocaat, Zenit have worked mainly with foreign coaches. Nobody doubts that Spalletti’s time at the club was successful (two league titles and a Russian Cup), but from 2014 Villas-Boas, Mircea Lucescu and Roberto Mancini have been disappointing. It says a lot that Villas-Boas’ time at the club was initially seen as a disappointment, but in the light of his successors’ work, it now seems reasonably good.

The risk is that appointing Mihajlović or Sarri would see another clear-out of the foreign players in the squad. Players, who would be replaced by others whose ability to adapt to Russia is unknown, and the purchasing of Russian players (to keep within foreign player limits) who are unfamiliar to the manager and prove to be substandard (this appears to have happened to both Lucescu and Mancini at Zenit).

Bozović is also a non-Russian coach but has managed at six Russian clubs in the last decade. His only ‘big’ Russian club has been Lokomotiv Moscow in 2014-15, where he lasted only seven months and 21 matches before leaving due to unsatisfactory results. The interest in him now is down the fact that he has propelled Premier League outsiders Arsenal Tula to within reach of the Europa League – as well as getting the best out of wayward Zenit loanee Artem Dzyuba.

Bozović has always done better at underdog clubs, working on smallish budgets but successfully nibbling away at the bigger fish. And he’s something of a managerial butterfly (eight clubs in ten years). For those reasons – if Zenit want to use their resources to build a solid foundation for the next few years – I don’t see him as a good fit.

Semak, as the fans’ favourite, could be a lasting solution – if he gets time

Of all the candidates, Semak is the one who has the most respect in Russia (especially those at Zenit fans, where he played between 2010 and 2013). As a player, he did a bit of everything: a long stint at a big domestic club (CSKA Moscow), decent international career, played at a big club abroad (Paris Saint Germain), still effective well into his thirties (at both Rubin Kazan and Zenit). Since then he’s been an assistant manager at Zenit (and briefly caretaker manager) as well as Russia assistant, and this season looks to have got the relatively small FC Ufa into the Europa League. 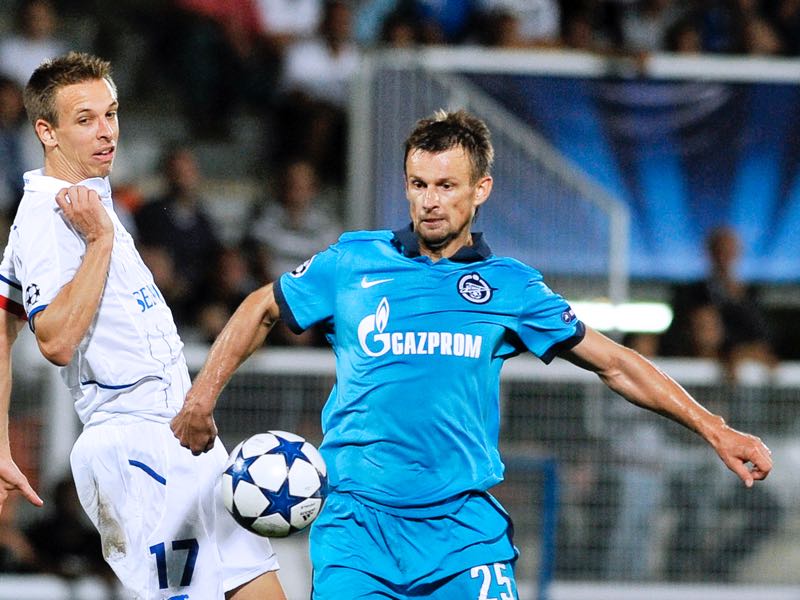 As a former player Sergey Semak is a club legend. (JEFF PACHOUD/AFP/Getty Images)

That Semak has done so much yet is only in his early forties tells you he’s a high-flyer – and one that will get snapped up by someone else if Zenit don’t bite now. His appointment would capture the imagination of fans in a way that none of the other names would – essential, I think, given the jadedness that has set in following three fallow years with supposedly big-name managers.

All Semak will need is time – not something Zenit’s leadership are wont to provide, though necessary given his relative inexperience, and feasible given his standing amongst fans. Accepting that the first season may, results-wise, look like the last two would be painful for some, but that patience could help build the cornerstone of a stable and prosperous period in change for an up-and-coming Russian manager.