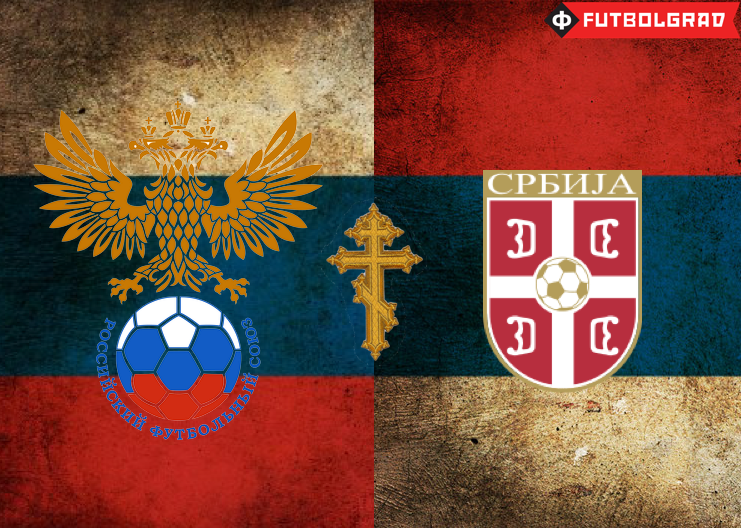 Serbia and Russia share a powerful bond that has long outgrown its political aspect. The two countries have maintained a close diplomatic relations since 1838, and their unlikely brotherhood has become stronger than ever in recent years. As Russia backed Serbia over the Kosovo issue, Serbia, in turn, has backed Russia over Abkhazia, South Ossetia, and Crimea.

In World War I, the bilateral relations between Serbia and Russia were so close that the Russian Empire was regarded by the Serbian people as its protector and its only real ally. This bond continued after World War I.

The orthodox faith, in particular, has been a strengthening agent in the relationship between the two countries. Because football is an important aspect of the social life of Serbia, it has often been used as a vehicle to display publicly Serbia’s great attachment to the Russian nation.

Putin had been scheduled to visit the club’s museum and trophy room, but he was so delighted with the warm welcome from the crowd which cheered his name every couple of minutes, that he decided to stay and watch the youngsters play for the entire 50 minutes before leaving the stands. This event was interpreted as unprecedented by the Serbian media.

Red Star then presented Vladimir Putin with gifts from the team; the Russian Prime Minister received a Red Star shirt with his name written above the number 1 and was also presented with a replica of the UEFA European Cup trophy, which Red Star won in Bari in 1991. 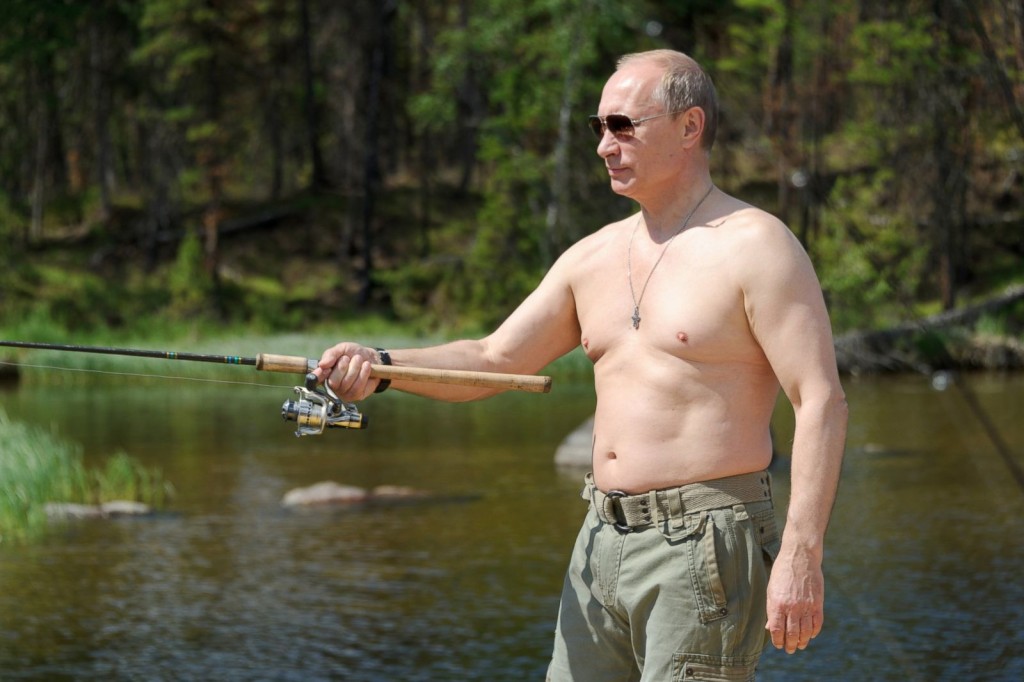 For Serbians Putin is the epitome of strength, will and determination – Image via ABC

For Serbians, Vladimir Putin is regarded as the epitome of strength, will and determination. The perfect male specimen of the Slavic region, undeterred in his resolve, Vladimir Putin has achieved saint-like status for the majority of the population who would confess, to gladly have a man like him lead the Serbian government.

Football, and sport in general, for that matter, simply reflects popular beliefs and common practise. The Serbian-Russian bond, that is an integral part of many aspects of every day life, is intensified at sporting events.

Red Star have a solid connection to the fans of FC Spartak Moscow, and the two clubs recently celebrated the tenth anniversary of their brotherhood.

Spartak fans unveiled an impressive choreography celebrating their friendship with Red Star before the Russian Premier League round 12 encounter with FC Lokomotiv Moscow.

Messages of support were written in Serbian and Russian at the event, which is just the most recent in a long line of reciprocal celebrations.

In the most recent event, the fans of the basketball club Red Star Belgrade publicly displayed their support toward the Russian pilot who was shot down by the Turkish military. In an interesting twist of events, it turned out that the Red Star fans paid their respects to the wrong man, having displayed the banner with the name Oleg Rumanytsev written on it instead of the name Oleg Peshkov.

The intention was, however, recognized even by the Russian ambassador in Belgrade, Alexander Chepurin, who publicly thanked the Red Star fans for their support.

On their part and to their detriment, Lokomotiv Moscow fans took their support to the stands in their UEFA Europa League game against the Albanian Skënderbeu by shouting ‘Kosovo is Serbia’, and the upi siptara chant (for which they were later punished by UEFA which judged this public display as ‘racist behavior’).

Orthodox Brothers as they are called, Partizan Belgrade and CSKA Moscow fans form a trinity with the fans of Greek side PAOK FC.

This orthodox brotherhood which has intensified in recent years, has been expressed at basketball games even more than on football fields, and represents another aspect of the close relationship between Serbians and Russians.

The most recent display of affection and friendship was showcased in August when the Belgrade club was fighting for their place in the UEFA Champions League group stage against BATE Borisov.

A group of Russian fans from Moscow travelled to Borisov in order to support their Serbian brothers in their attempt to reach Europe’s elite competition.

Partizan were ultimately eliminated by the Belarusian club thanks to an away goal in Belgrade, and instead Partizan had to continue in the UEFA Europa League.

CSKA fans have frequently shown their support for Serbian clubs in recent years. In 2012, for example, when Partizan travelled to Russia to play Rubin Kazan, a group of CSKA fans waited for them, having travelled 1,000 miles in order to join their comrades from Belgrade.

The most recent example that offers a different, somewhat unusual perspective into the deep relationship between Serbian and Russian football is rooted in its political context.

A day after Turkey shot down a Russian aircraft near its border with Syria, Red Star General Manager Zvezdan Terzić proclaimed that the Belgrade club would cancel their winter preparations in Antalya, even though for many years, Turkey has been the traditional training camp destination for Red Star.

The announcement was later confirmed with the statement that Red Star found it inappropriate to go to Turkey in light of recent incidents and the ongoing tensions between Russia and Turkey. Red Star has changed their camp destination and will travel to Cyprus instead.

Officially, the decision was made out of respect for Vladimir Putin and Russian people, but one should also bear in mind that the Russian oil company Gazprom is the general sponsor of the Belgrade club.

Just a few days later, Red Star’s biggest rivals Partizan Belgrade also chose to join in the rejection of Turkey and moved their winter training base from Antalya to Spain, with the exact destination yet to be determined.

It is important to point out that Red Star and Partizan were the first Serbian clubs to publicly express their abhorrence of the event on the Syrian border. By doing so, both clubs became the vehicle in the ongoing football comradeship between Serbia and Russia, which in many ways extends way beyond the field of play.