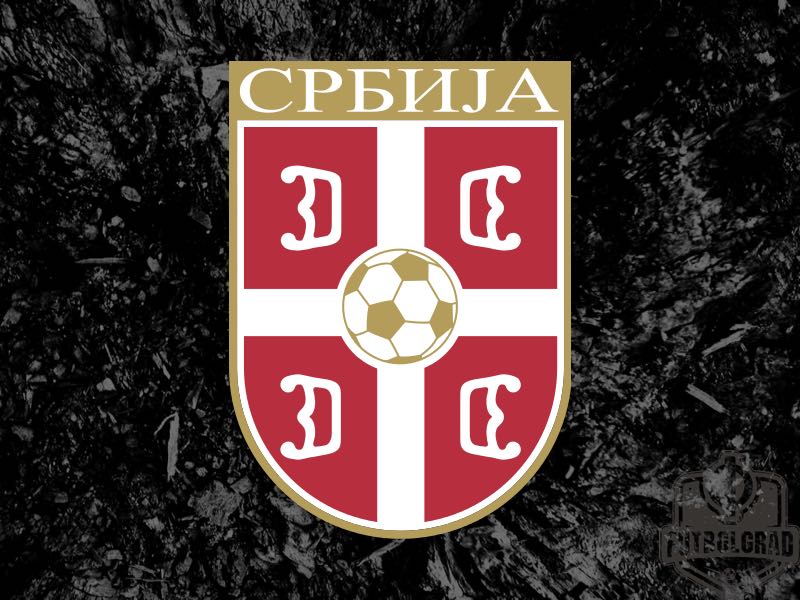 It was seven in the morning on June 20, 2015, in Serbia, but not a second too early for anticipating fans to rush out of their beds to watch their Under-20 national team fight in the 2015 FIFA U20 World Cup final against the more illustrious Brazil.

The New Zealand tournament was a special event for every football-loving person in Serbia. A country locked in a difficult social and economic situation watched a group of talented men led by an inspirational educator Veljko Paunović, now head coach of the MLS side Chicago Fire, battle against the odds and expectations to lift a coveted title that would—albeit for a slight moment—unite entire nation in a tantalizing success.

A talent-laden squad boasting the likes of former Partizan star Andrija Živković, Lazio hot-shot Sergej Milinković-Savić or Liverpool midfielder Marko Grujić among many equally talented and quality players, pushed the boundaries and played beyond the limits of their ability. It was their performance that harnessed the hope of a brighter future for the Serbian football.

Though a direct and sole successor to the Yugoslavia and Serbia and Montenegro football teams recognised as such by both UEFA and FIFA, a relatively young independent nation Serbia did not have much success at the international stage. Despite being considered one of the most talented football nations in Europe which regularly produces top-quality players who go on to become globally recognised stars, Serbia continues to flounder at the international level.

CIES Football Observatory ranked Serbia as the forth-biggest exporter of football players in world football, with only France, Argentina and Brazil in front of it at the last published list.

Despite the undeniable talent and quality, Serbia chronically fail to leave their mark at the senior level. With only the 2010 World Cup participation to boast with, Serbia is yet to qualify for a European Championship as an independent country.

A Glimmer of Hope For the Serbian Football

And with Serbia’s imperial Under-20’s and their brilliant 2015 FIFA World Cup campaign down in New Zealand. It was the prospect of a new generation of stars and a brighter future that forced people to wake up early in the morning or in the middle of the night, leaving them trembling, biting their nails, cheering and dreaming big.

Fast forward to the 2017 European Championship and the very core of the Under-20 squad was now deployed in the Under-21 selection, only one step away from the brightest senior stage. The very same team with Marko Grujić, Andrija Živković, Sergej Milinković-Savić, but also industrious midfield Nemanja Maksimović and teenage sensation Nikola Milenković from Partizan added to the lot. The team was expected to justify the nation’s hopes and dreams as they prepared for the UEFA Under-21 European Championship in Poland.

Serbia senior squad head coach Slavoljub Muslin ceremonially wished Nenad Lalatović and his men good luck by personally attending the final training session before the departure for Poland. In a movie-like moment and with a German-like method, the experienced tactician wanted to make sure “the generation of winners”—as he called them—was well-aware he was watching them. Most importantly, believed in them.

Muslin was there to offer support and backing, tapped the young men on the shoulder, to give them strength and power to face the likes of Portugal and Spain in the group stages of the competition in Poland.

And off they went, on the back of their historical success two years earlier and with bags of talent packed inside the plane. Smiles and good vibes at the Nikola Tesla airport were quickly replaced by frowns as anxiety crept its way into the Serbian squad, however, after the underwhelming 2-0 defeat at the hands of Portugal.

A Glimmer of Hope Extinguished at the U-21 European Championship

The FYR Macedonia clash was supposed to be a chance for redemption but instead ended up being a classic Serbian-style match the fans are beginning to get tired of witnessing over and over again during the last decade. 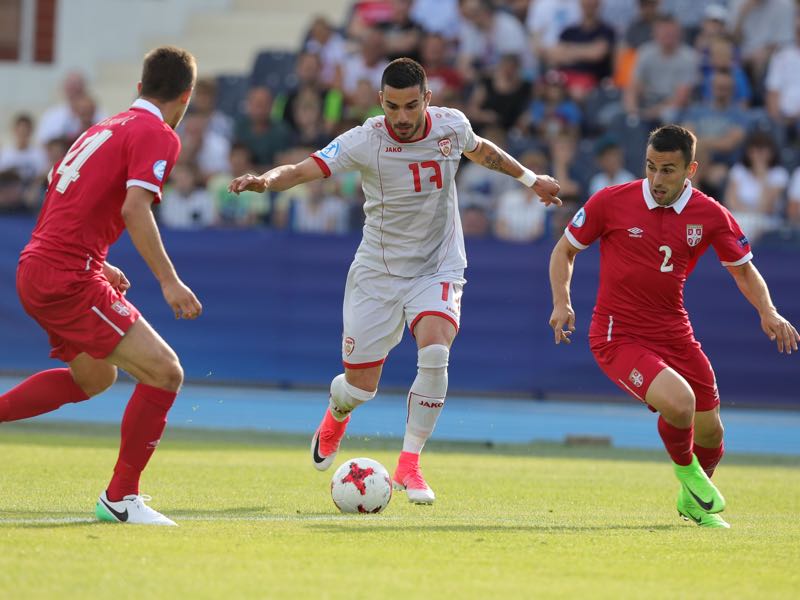 Lalatović’s men missed great goal chances but still managed to go ahead against their southern neighbours. But when the Serbian mentality kicked in, the generation of winners allowed itself a moment of complacency and sat back to concede unbelievably unacceptable goals.

A late fightback was not enough for Serbia to secure three points for the great generation pretty much lost every chance of going through to the knockout stage of the competition.

The final group stage match against Spain was the matter of pure formality, but it did go on to expose the vulnerable nature of the Serbian character further. One would say even complete lack of the character’s opulence so widely lauded after the 2015 success.

Spain emerged comfortable winners even though 1-0 score line could argue otherwise, but it was not the La Roja defeat, but rather an incident that occurred after the game, that threw a shadow on Serbia’s European Championship participation.

In a scenario well-known and previously patented by several former Serbian stars, who had their fair share of overboiling disappointments at the national team, Serbia Under-21 striker Ognjen Ožegović got engaged in what was reportedly a vicious brawl with the head coach Nenad Lalatović.

Having spent 40 minutes warming up on the sidelines, the Serbia striker failed to contain and control his disappointment over the fact Lalatović did not ultimately introduce him. Serbia were previously left without Partizan striker Uroš Đurđević who was dismissed, and Ožegović believed he would get a chance later on. 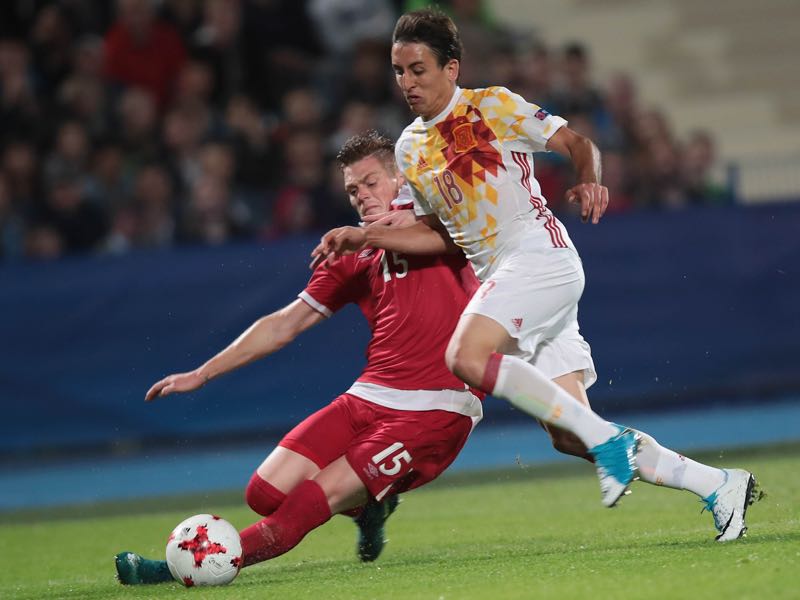 The young forward snapped and got in the fierce verbal argument with Lalatović forcing team manager Vladimir Matijašević to step in and prevent the incident from escalating any further.

One could call it uncontrollable desire to help your team, while some would describe it as lack of respect towards the coach, teammates and the crest on the chest. Whatever you choose to label it, however, such incidents have become a common occurrence in Serbian football.

The 2015 world champions flew back home with their heads bowed down in disappointment, with only a point after three matches in their bags and plenty of questions to be answered. One of the issues sticking out deals with a hot topic of team’s biggest stars such as Liverpool’s Marko Grujić who at times looked laboured, and without desire and spark to drive his team forward. It is a common question as well, a repeated one at the senior level.

What happens to Serbian jewels on their way up from youth selections and into the A side is another much-debated topic, the one yet to be adequately answered as well. Lack of competitive matches at a higher level is presenting itself as the widely accepted answer.

One thing is certain, though. Serbia’s generation of winners is slowly losing itself in transition.

But unlike Bill Murray and Scarlett Johansson who manage to form an unlikely bond in the Hollywood hit Lost in Translation, the Serbian football stars continue to do the opposite as they ended up breaking it much to the disappointment of their anticipating nation and—I am fairly certain—their former head coach Veljko Paunović, who left his heart on the touchline and in the locker room down in New Zealand to help them grow from boys into men on a magical morning two years ago.

A holder of Master’s degree in English language and literature, Miloš Marković worked as the Editor-in-Chief at Sportske.net. He now contributes to various outlets as a freelance journalist including the excellent homepage Baraž. Passionate about English language and football, Miloš Marković is also a huge Premier League fan. You can find him on Twitter under @milosemarkovicu.