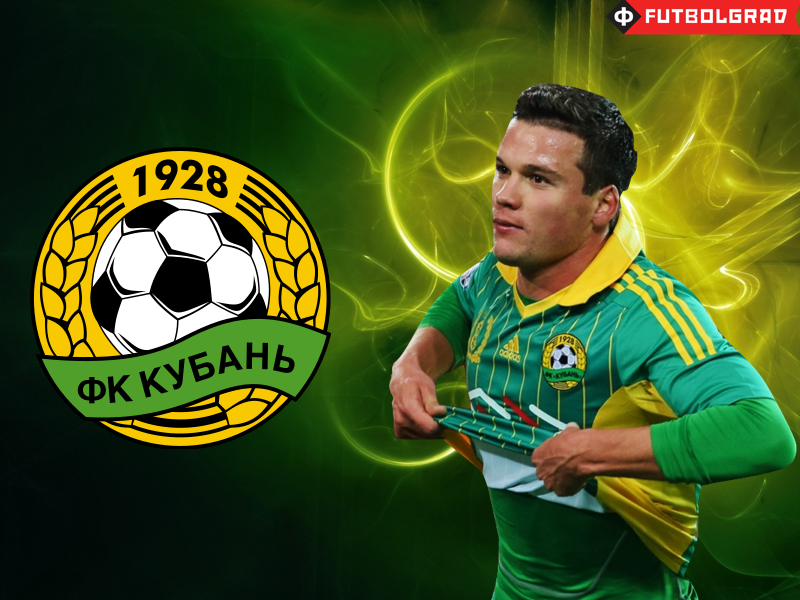 There’s confidence, then there’s Sergey Tkachev. The geography and size of Russia mean that there are very few cities with more than one professional football club. Moscow has four Premier League outfits; Saint Petersburg has two but the city’s oldest club, Dinamo, are two tiers below Zenit; this leaves Krasnodar as the only city with precisely two top flight teams (FC Krasnodar aka The Bulls and FC Kuban Krasnodar aka The Cossacks, The Yellow-Greens, The Toads).

The Krasnodar Derby has, therefore, developed a unique intensity. This didn’t stop Kuban’s summer signing, Sergey Tkachev, from taking a couple of steps before lashing an outrageous 35-yard piledriver over Krasnodar’s Andrey Dykan in December, a strike as significant as it was audacious. As it turned out, The Bulls staged a dramatic comeback from 2-0 down to win 3-2 in the final 20 minutes. To even attempt such an effort in a derby, yet alone pull it off, signals something special.

After selling Ivelin Popov to Spartak in the summer for €6 million, as well as Toni Šunjić to VfB Stuttgart for about half that amount, Kuban, in July, were one of the few clubs in a position to spend money on transfers. Sergey Tkachev had thrived while on loan from Lokomotiv Moscow in the second half of last season, and was snapped up on a three-year contract for around €750,000, (while Roman Pavlyuchenko and Andrey Arshavin were signed as high profile free transfers with a combined salary of €4 million). At the age of 26 but with only 57 career league starts, it was a promising move for one of Russia’s most adventurous and yet curiously undervalued midfield talents.

Unfortunately, by the time of the spectacular derby goal in December last year, Kuban and Sergey Tkachev had already gone through an extremely difficult period as the reality of the club’s financial situation closed in. The calendar year of 2015 had yielded a mere four league wins, and the total of 24 points gained would have seen them relegated had it been at the end of last season. Former youth team product Dmitry Khokhlov was sacked after being in charge only three months (with eight matches and no victories), while the Director of Football Sergey Doronchenko, who, after eight years in the role, had left the club a month before Khokhlov was appointed, returned soon after Khokholov’s dismissal, only to leave and return again in December.

Doronchenko has had ambitious plans to attract marquee signings for a while, and in tandem with Oleg Mkrtchyan‘s investment, it worked; or at least the first phase of bringing top names to the club worked. When the tempermental Armenian oligarch withdrew his backing and Khokhlov was sacked, Doronchenko was left as the fall guy. The club was suddenly in an perilous position in the league and on the balance sheets, with highly paid stars such as Charles Kaboré and Lorenzo Melgarejo, as well as Arshavin and Pavlyuchenko, on the books. His ability to work with big name players resulted in his being brought back into the fold, but it might be too late to prevent an exodus during this winter break.

More worrying is the fact that, once Mkrtchyan’s financial support was withdrawn, Kuban were left with 500 million roubles of debt, with many transfer fees still outstanding, including Tkachev’s transfer fee to Lokomotiv. Only frantic negotiation with Lokomotiv’s president, Olga Smorodskaya, at the end of August, kept them from further hardship following a transfer embargo imposed for their financial insufficiencies. It wasn’t until October that the balance to the Railroaders was finally settled. In November, manager Sergey Tashuev made an effort to reassure fans of the club’s status, but only succeeded in sending a confused message that claimed all debts had been cleared, but that the club was still in a very difficult situation.

Many players went unpaid for months, Tkachev included, while Kuban’s General Director Valeriy Statsenko claimed that issues between the player and the club had been resolved behind closed doors. Despite the turmoil, Tkachev remained an ever-present part of the starting line up until the end of November, and even scored direct from a corner in the bizarre 6-2 thrashing of high-flying Lokomotiv.

Behind the scenes, however, he had set the wheels in motion to extract himself from the club’s precarious situation. He had run out of patience with not being paid, and, in December, took his case to the RFU Dispute Resolution Chamber, where he (along with Alexander Belenov and Vladislav Ignatyev who are strongly linked to Dinamo Moscow) was permitted to terminate his contract.

To take on his employers only five months into a three year contract shows the tenacity and determination of Tkachev, and it is possible that he will rejoin former teammate Toni Šunjić at VfB Stuttgart after the Bundesliga club showed interest in signing him. It wouldn’t be his first venture outside his homeland: When he was only 21, he left Krylia Sovetov for Metalist Kharkhiv in Ukraine, having made his full debut only a year before, and he found the experience tough. He made five starts in his first year before being loaned to Ural in the Russian second tier, and then was sent to Ukraine’s second tier the following season. In the summer of 2013, Lokomotiv stepped in with an undisclosed sum to bring him to the capital, but, in one and a half seasons, he started over three quarters of his matches from the bench. 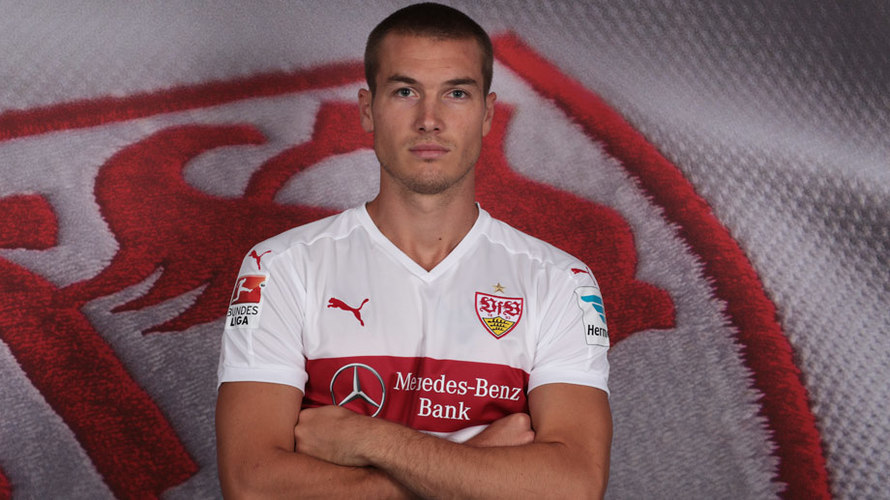 Kuban have provided Tkachev with opportunities after a fruitful 2015, and none too soon; Tkachev hopes that his performance will be a springboard to a more eleveted and stable environment. In the current climate of enforced frugality and restrictions on foreigners— which are likely to be further tightened if RFU president Vitaliy Mutko follows through on his comments that Futbolgrad reported in December—it is expected that top Russian clubs will make a move for the left footed winger. Krasnodar are said to be interested in bringing him across the city, as they did with Charles Kaboré in August. Whether they will be able to attract his attention away from the growing list of admirers in the West—most prominently VfB Stuttgart—is a whole other question.