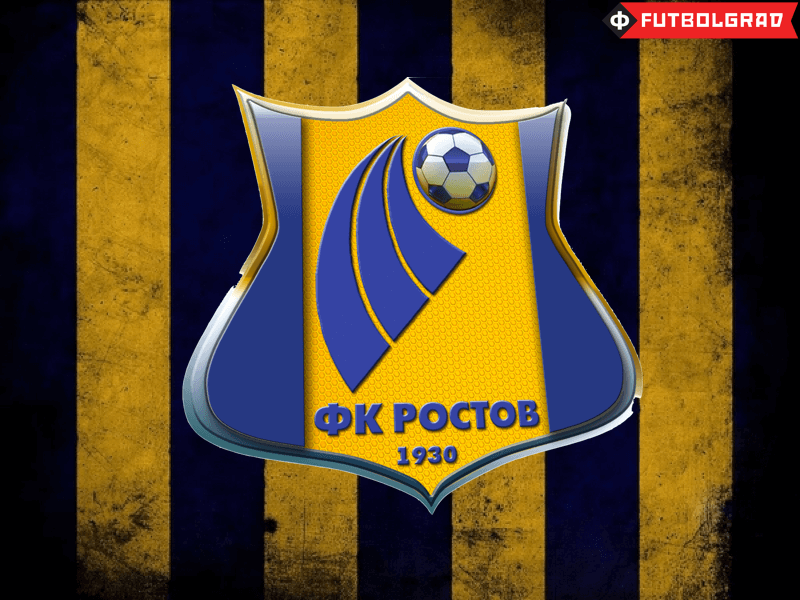 Seven Things You Need to Know About FC Rostov

Not everyone realizes it, but there is a Leicester-sized shock on the cards in the Russian Football Premier League (RFPL). As the season reaches its conclusion, FC Rostov remain in the top three and have notched up impressive victories against title rivals Zenit Saint Petersburg and CSKA Moscow. Here is what you need to know about Rostov.

Russian Football News editor, Toke Theilade, recently tweeted an image comparing the relative values of Rostov’s and Zenit’s squads. Whereas Zenit have spent €157 million on their most frequent first eleven, Rostov (who have recently beat Zenit 3-0) have spent just €25 million on theirs. They don’t seem to need big money transfers, as manager Kurban Berdyev does a great job getting the most out of other clubs’ cast-offs.

A comparison of the transfer values of Rostov and Zenit's players. [via Championat] pic.twitter.com/CswjUzm8Mp

Goalkeeper Soslan Dzhanayev, for example, has spent two years barely playing as an understudy first at Spartak Moscow and then Rostov but, after 25 games this season, he had kept 14 clean sheets. Others, such as defenders Ivan Novoseltsev and Timofei Margasov, have gone from strength to strength after being blooded in Russia’s second tier (not a common route for Russian players these days). Berdyev is also getting the best out of his foreign players, with Angolan prospect Bastos and 36 year old César Navas—a Rubin Kazan reject—two of the club’s most outstanding players this season.

Most European football fans won’t know Kurban Berdyev, but the Turkmenistani football manager probably still gives some at the Camp Nou sleepless nights. FC Barcelona don’t often lose at home but in October 2009 Berdyev’s Rubin Kazan beat them 2-1 in the Champions League. Berdyev was at Rubin between 2001 and 2013; he joined them when they were in the third tier, and he quickly got them promoted to the top flight. And he didn’t stop there—under him Rubin won the Premier League in 2008, and 2009.

Berdyev is a manager who gets seriously involved on the training pitch and gets 100% loyalty from his players. Many believe that Rostov’s success, despite their financial problems, comes down to his presence. His sides are always well prepared and capable of good results against strong clubs by stifling their opponents’ creativity, and then snatching at the odd chance that comes their way. The football isn’t fun to watch (except for the quick counter attacks that lead to the goals), but it works. 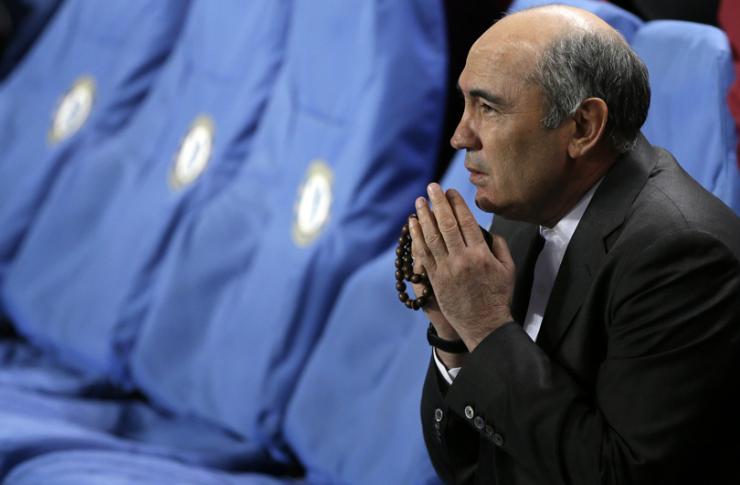 This has led fans and journalists to question whether Berdyev will soon take a job at one of Russia’s biggest clubs—Spartak Moscow is the one most frequently suggested. It seems unlikely that he would take such a job, however. Berdyev is a very introverted man, and it would not likely perform at his best under the media glare that would come with being Spartak’s latest saviour. On top of that, Berdyev is a manager who likes to have control over all aspects of the club he manages. This is unlikely to work well at big clubs with long-established infrastructures and old boy networks that need to be catered to.

Many top-flight Russian clubs struggle to make ends meet in a country where revenue from TV rights, merchandising, and ticket sales are relatively small, but players demand high wages. Previously established top flight clubs such as Rotor Volgograd, Torpedo Moscow, and Alania Vladikavkaz have all dropped down to the lower leagues due to financial problems. Rostov’s own money problems surface regularly. In November 2014, Rostov goalkeeper Stipe Pletikosa announced that the players hadn’t been paid for five months, and that they would be going on strike. By May 2015, with the side’s top-flight survival at stake, Pletikosa told media there were still months of wages not paid at the club. 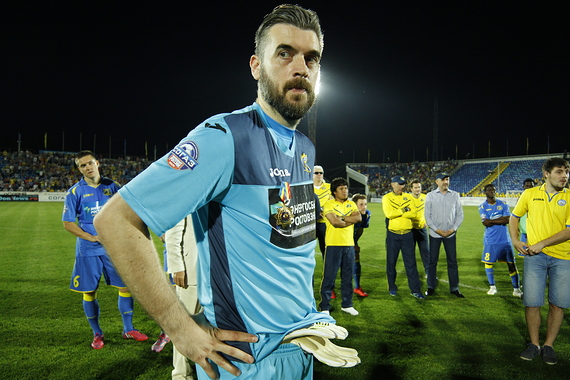 The problems have resurfaced this year, to the extent that the Minister of Sport, Vitaliy Mutko, recently had to publicly state that Rostov had no major financial problems. Earlier in the season, stories surfaced that suggested Rostov faced bankruptcy due to mounting debts.

They drop points against smaller teams

Rostov might have beaten Zenit, CSKA and Spartak Moscow at home with an aggregate score of 7-0, but they have only drawn home matches against Krilya Sovetov Samara, and FC Ufa—both clubs that are struggling against relegation. Recently Rostov lost their top spot in the league after an away draw against Anzhi Makhachkala, the side that has been at the bottom of the table for almost the entire season.

The reason for this is tactics. Rostov create few chances in matches, and look most impressive when soaking up pressure then launching quick counter attacks. This is an easier tactic to use against stronger sides that will try and win games (and it was very effective against both Zenit and CSKA), but far trickier against teams that don’t come out to attack. Perhaps a weakness of Rostov is an inability to break down clubs that just play for a draw.

Rostov is a football city

Time and again, commentators and radio phone-ins refer to Rostov as a ‘football city’. Rostov’s Olymp-2 stadium has a capacity of 15,840 and, as the season draws to an exciting close, matches are currently a sell-out. This season’s average attendance of 12,936 is fourth highest behind Spartak, Zenit and Terek Grozny, and far ahead of Moscow clubs CSKA (9,322) and Dinamo (6,020). The average stadium attendance is 81%, which is the highest in Russia. 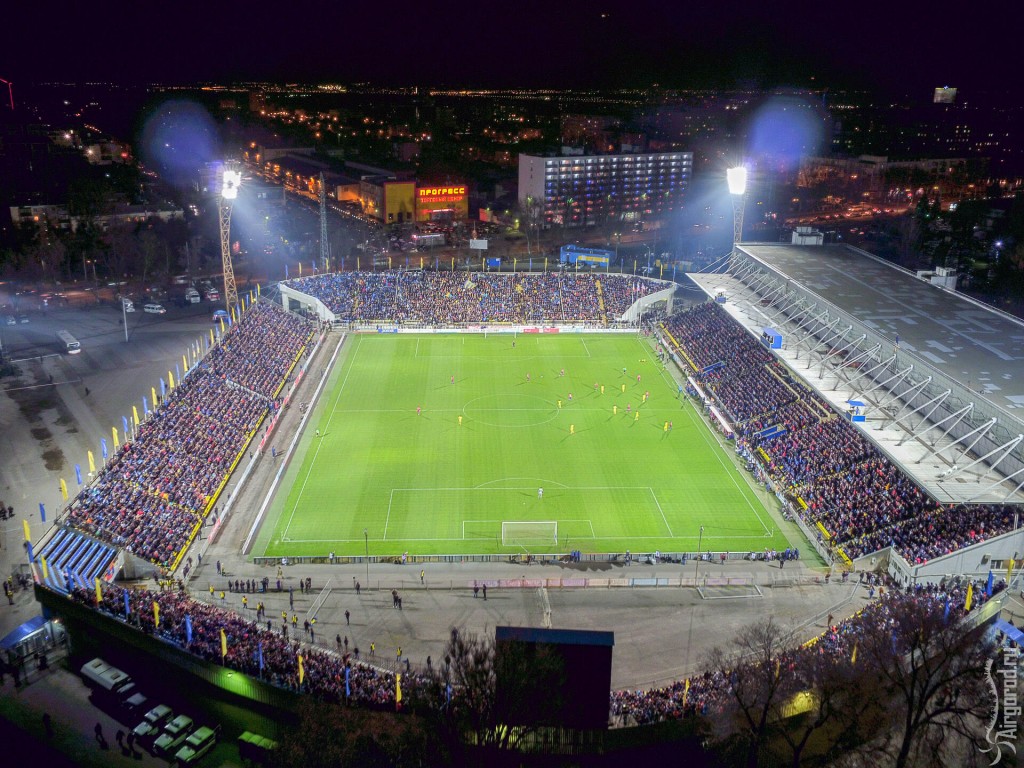 Rostov resident @sky_l1ght told me that the city has “responded actively” to Rostov’s success: “There are no adverts about football in the city (I don’t know why),” he says, “but all the same the residents know everything [about Rostov] and are trying to get tickets to matches.” By the standards of some European leagues it may sound boastful to call Rostov a football city, but these things are relative.

In the Soviet era Rostov were the city’s second team

The modern day FC Rostov was formed in 1930 as the team of the Rostelmash factory, and for much of last century was known as Rostelmash. Its entire Soviet history from its first season in 1950 was spent in the second or third tier and then, in 1991, a best ever fourth place finish in the second tier meant that the following year Rostov joined the newly-formed Russian Vysshaya Liga, and the club has more or less been there ever since.

In the Soviet years, there was a bigger club for football fans in Rostov to follow. SKA Rostov, founded as the club of the local Red Army division, spent a good portion of its Soviet history in the Soviet Vysshaya Liga—their best result came in 1966 when they finished second behind Dynamo Kyiv. SKA’s greatest achievement came in 1981, when they beat Spartak Moscow in the final of the USSR Cup. 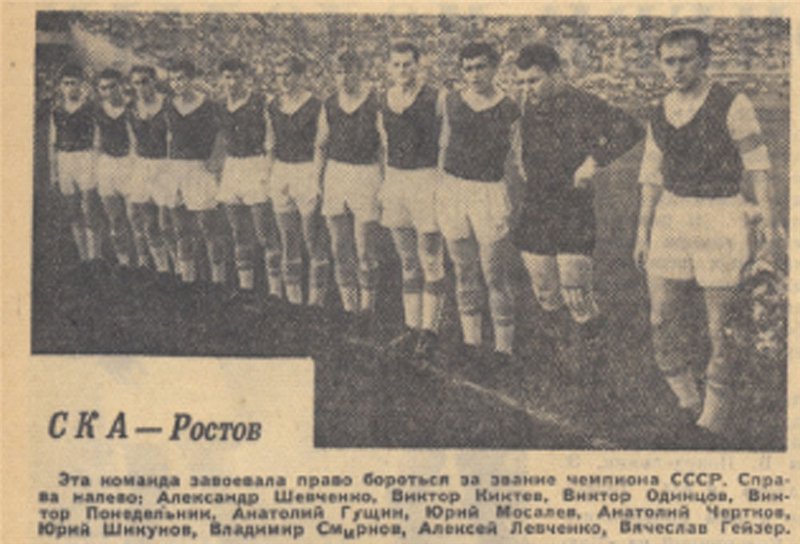 During the time of the Soviet Union city rival SKA Rostov were the show in town – Image via radikal.ru

Financial problems have dogged the club in the post-Soviet years, however, and it has spent several seasons in amateur football. But they are back in the professional third tier now, and are a mid-table club in that division, and play to home gates generally in the low hundreds.

This will be their highest ever finish

Comparisons between Rostov and Leicester City have become commonplace in recent months and, though there is some logic in this, the clubs are not entirely similar. For example, whereas Leicester have bobbed between the top two English divisions over the last twenty five years, Rostov have been steady members of the Russian Premier League—they have spent just two seasons in the second tier. In twenty-two top-flight seasons they have finished in the bottom six sixteen times (more Coventry City than Leicester City, actually), and managed a best ever sixth place back in 1998. This season they look sure to finish in the top three, or what the Russians call a medal position, making this a best ever season whether they are crowned champions or not.