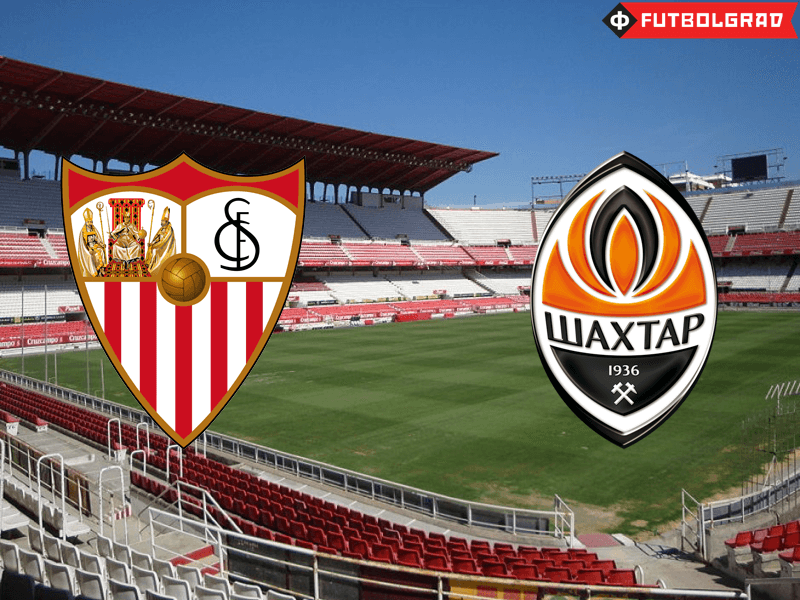 The Ukrainian Derby between Shakhtar Donetsk and Dynamo Kyiv has probably been one of the least anticipated matches between the two rivals in recent history. Dynamo wrapped up the championship last week with a 1-0 win over Vorskla Poltava.

Shakhtar, meanwhile, have to travel to Sevilla to play the return match of the Europa League semi-final and, after a 2-2 tie last Thursday, seemed to be focused mainly on getting through the derby injury free. Indeed, the attention in Ukraine seemed to have completely shifted to Sevilla vs Shakhtar Donetsk, as the country hopes to present a European cup winner once again—Shakhtar won the UEFA Cup in 2009.

Hence, the Ukrainian Derby had the atmosphere of a pre-season friendly, with Arena Lviv’s attendance at just 6,597—even the flares lit up at the beginning of the match were not able to provide a real derby atmosphere.

As anticipated by Futbolgrad, the Shakhtar head coach rested several first team players for the match against Sevilla on Thursday; the Brazilians Taison and Marlos were rested for most of the match, and regular starters Darijo Srna, Yaroslav Rakitskiy, Facundo Ferreyra, and goalkeeper Andriy Pyatov completely sat out the match.

The friendly atmosphere continued before the match as Mircea Lucescu, and Serhiy Rebrov greeted each other warmly; at this point no one anticipated that this could be one of the most heated derbies in recent history.

In the 33rd minute Eduardo scored to make it 1-0 for the hosts. The score remained until the 73rd minute when Wellington Nem made it 2-0 for Shakhtar. Then in the 78th minute, things got out of control as Eduardo scored after a low cross from Marlos—who had been brought on in the 78th minute. Following the goal, several Dynamo Kyiv players attacked Shakhtar players, with Dynamo winger Andriy Yarmolenko kicking Shakhtar midfielder Taras Stepanenko.

Subsequently, both Stepanenko, and Yarmolenko were sent off, and Stepanenko announced to Ukraine’s media that his “friendship with Yarmolenko is over.” Dynamo players had felt provoked when Stepanenko held kissed the Shakhtar badge, and held the logo towards the travelling Dynamo supporters. Yarmolenko’s action in particular was criticised because, in the past, he has celebrated in this way himself.

That awkward moment when you're a hypocrite…

It is a gesture that is perhaps arrogant, but not uncommon. Lucescu later told the media, “Honestly, this game is difficult to comment on. I’ve got a very unpleasant aftertaste. It seems that at the end of the match we witnessed some kind of bullfight. Stepanenko did nothing criminal. He just kissed the club crest, which many people do. He did not show any other signs that might humiliate the opponents, he just returned to the pitch.” Despite being upset about the incident, Lucescu stated, “Anyway, I think we are still number one in Ukraine [despite Dynamo winning the title].”

The incident definitely throws a shadow over an excellent performance by Shakhtar but, at the same time, Shakhtar appear more than ready for the Europa League return match against Sevilla on Thursday. Lucescu, however, is worried that the turf war against Dynamo could have an affect on the players for Thursday’s match against Sevilla. “Stepanenko, Malyshev and Kovalenko are young players. Hopefully, they will recover before the duel with Sevilla, but they looked great today.”

It will be important, therefore, that Shakhtar shut out the events that took place on Sunday and quickly shift focus to the semi-final duel against Sevilla on Thursday— which could be the most important match in the club’s history since the 2009 UEFA Cup final. It is anticipated that Shakhtar will have all key players available, and with Sunday’s performance—aside from the brawl—the Miners should have a good chance of getting a victory in Spain.