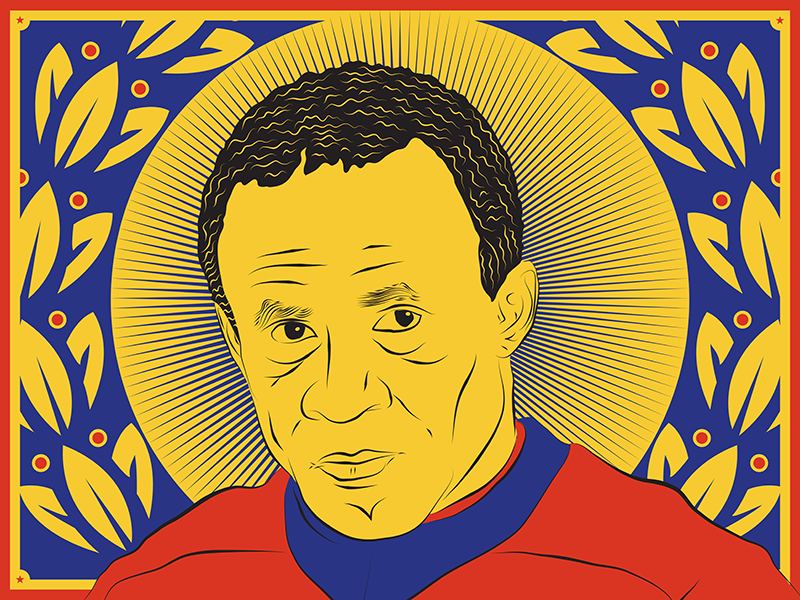 As the Russian winter transfer window really kicks into gear after the New Year and Orthodox Christmas celebrations, Seydou Doumbia must be wondering how it has come to this. His time with CSKA Moscow has endeared him to the fans not only for racking up an impressive tally of 95 goals in 150 matches,(a goals total only bettered by club legend Vágner Love, but with a far better ratio), but also for his physical strength and strength of character. It was only a matter of time before he outgrew the Russian Premier League, and a year ago, at the age of 27, his efforts were rewarded.

Despite earning himself the first truly big break into European football in January 2014, the AS Roma striker now finds himself out of favour in Italy but unlikely to be able to return to Moscow due to financial restraints and potentially more restrictive foreign player regulations. Premier League old boys Edin Džeko and Gervinho have enjoyed far greater joy in the Italian capital, Doumbia, on the other hand, even stated at one point last autumn that he’d love to have his countryman Gervinho join him in Moscow. 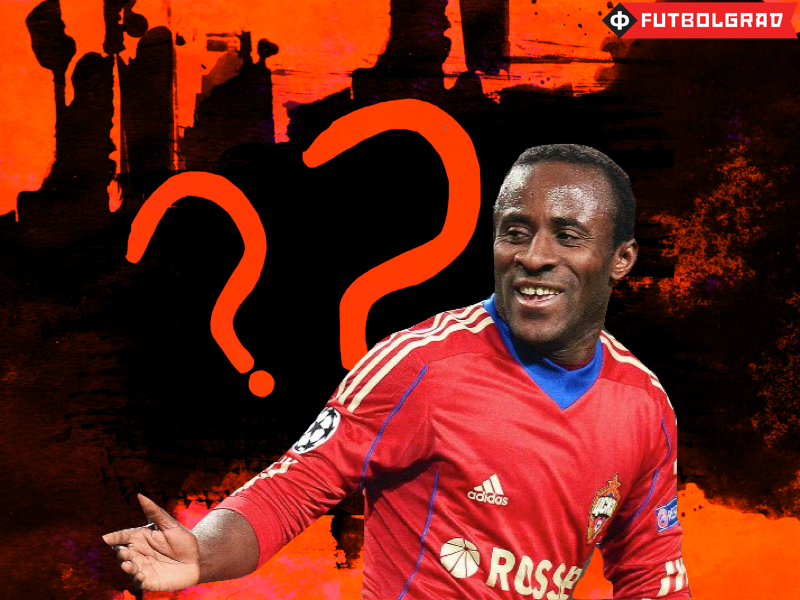 Through a combination of minor injuries and African Cup of Nations duty with Ivory Coast, he only earned two starts in his first three months in Serie A, by which time the season was in its final phase with title ambitions all but gone, and the momentum he would have hoped to have enjoyed from being the new signing had dissipated.

Doumbia’s path to the top has been a long and storied one. In his homeland, as a sixteen year old, he passed through the fabled ASEC Mimosas academy, (that also produced his Roma teammate Gervinho and the Touré brothers), before being loaned out from his parent club the following year. Still a teenager, he signed with the Japanese top flight side Kashiwa Reysol, but didn’t start a single game in his first season. At the same time, a Brazilian beast by the name of Givanildo Vieira de Souza was destroying defences in the second tier, and Doumbia followed this route in his second year to marginally improved success, starting 11 games and scoring 4 goals.

Such was the Brazilian’s force of nature that he earned himself the nickname by which the world knows him today—Hulk. It is curious to note that both strikers had moved to the Land of the Rising Sun as impressionable teenagers looking for a route to the big time. In 2008 they both made the move to Europe, but given Hulk’s phenomenal rate of 62 goals in his two full seasons compared to Doumbia’s eight, it is hardly surprising that the higher-profile Portuguese league became home for the former, while the latter arrived in Switzerland. Both took their respective new countries by storm, with Doumbia plundering 58 goals in 79 games and earning a move to CSKA after two seasons, but Hulk’s success at Porto brought him to Zenit as one of the most in demand forwards in world football. Doumbia was still a relatively unknown quantity. 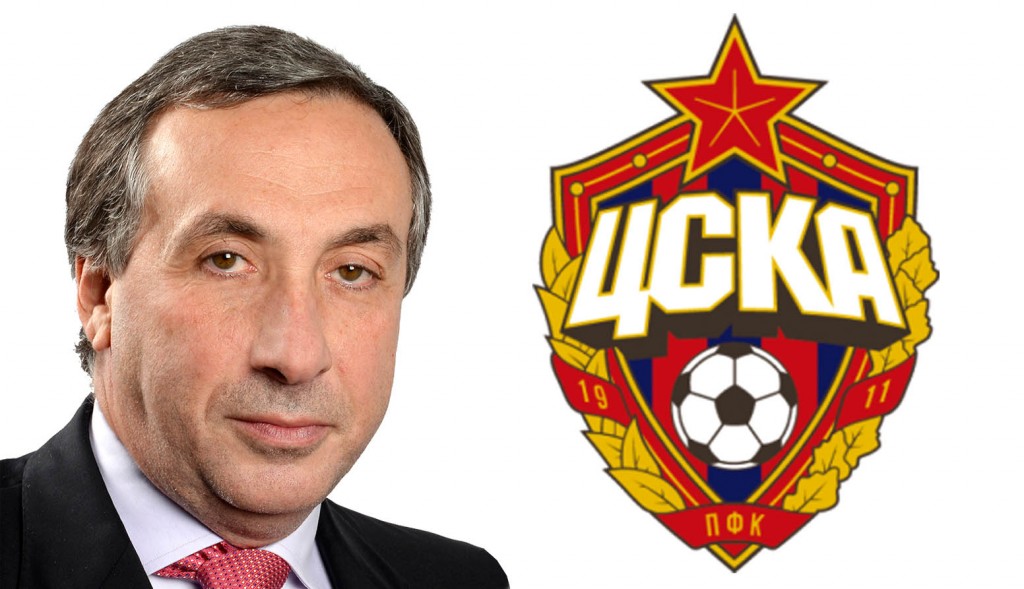 Four seasons later, Europe certainly knew who Doumbia was, after some memorable performances in th Champions League. Last season’s double to defeat the wealthy Manchester City at the Etihad Stadium and this season’s three goals in the crucial qualifying playoff were of huge significance both in terms of results and in boosting his reputation. Now though, despite being in demand with his long-time coach Leonid Slutsky, it is inconceivable that CSKA owner Evgeniy Giner would contemplate paying anything near the €15 million price tag Doumbia was sold for, especially given that he had to pay €1 million just for the recently completed six-month loan spell.

Giner has a reputation for ruthless negotiating, and will not be pushed beyond his limits when it comes to transfer dealings. In November, he highlighted the difference in financial muscle between CSKA and their rivals in the Champions League, by claiming that the English side had a budget of £400 million while CSKA’s pockets only stretched to £50 million.

As cold as it may seem, the last 12 months of Doumbia’s career have earned the club in the region of €30 million when one takes into account the transfer fee, six months off the wage bill and additional Champions League earnings from four qualification matches and six group stage matches.

First and foremost, Giner’s responsibility is to run the club, so, in his eyes, the loss of Doumbia is outweighed by the financial compensation. His opinion of players can be scathing—when Artyom Dzyuba‘s move to Zenit from Spartak was announced in March he suggested he already had players of equal ability and could name better players at most top half clubs. Significantly, he noted that the wages being published in connection with Dzyuba’s name were well out of his range. Given that he didn’t bring in a direct replacement for Doumbia in January last year apart from two teenage Swedish strikers Carlos Strandberg and Alibek Aliev, he has shown he will not be bullied into spending more money than he needs to.

What is next for Seydou Doumbia?

So what of Doumbia now? Weak rumours have circulated, of a move to England with Leicester City. It is certain that he has the physical qualities to fit into the fast-paced attack under Claudio Ranieri, but it would be the third football culture he would have to adapt to in the space of 12 months, on the back of limited recent playing time. China has been suggested as another option but, apart from the salary, there is no realistic attraction there for Doumbia.

At this stage in his journey, his next move is likely to be his last major chance to join an elite club. Italy is most likely out, as his stock has plummeted after such an underwhelming impact in his brief Roma spell. With his parent club keen to recoup as much of their outlay as possible, a sale is their preferred option.

England makes the most sense, at this stage, for Doumbia—unless the powers that be can somehow negotiate a path back to Moscow—as he has the attributes, and the Premier League does offer a step up for his ambitions. Crystal Palace are in the market for a striker, and with their revitalised brand of football under Alan Pardew, (and an attractive location in London), it could be a surprisingly good fit.

If European football is essential to him, Leicester look a safe bet for at least Europa League, while even Manchester United could benefit greatly from his presence. What is certain is that whoever is able to afford him will get a striker with serious qualities to trouble even the finest defences in Europe—the big question is who will it be?