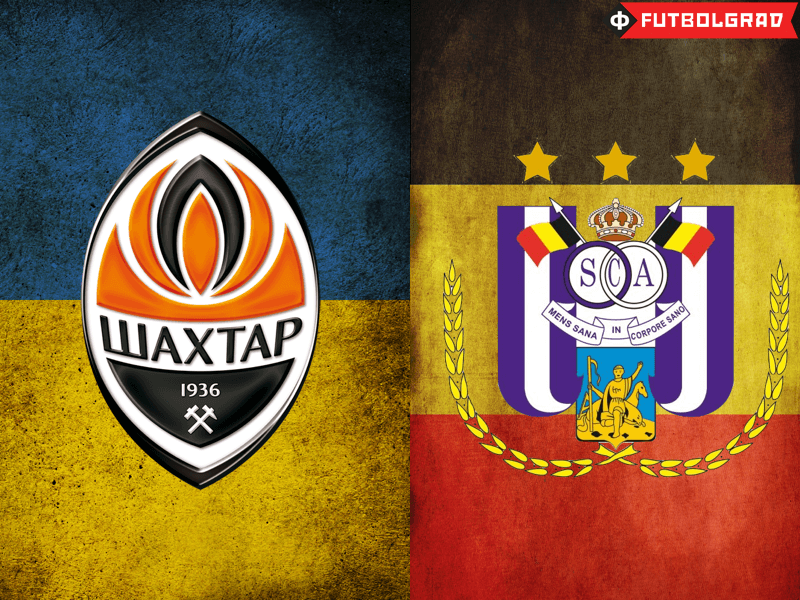 Shakhtar Donetsk vs Anderlecht – The Rise of the Young Guns

After loosing top scorer Alex Teixeira to Jiangsu Suning, and their midfielder Fred (suspended for the rest of the season for failing a doping test) as well as the continued rumours that Mircea Lucescu could leave the club, it was expected that Shakhtar Donetsk could face a difficult start to 2016. Shakhtar faced the German club Schalke 04 in the round of 32 at Arena Lviv in what was the club’s first game of 2016.

The fact that this was Shakhtar’s first game after a long winter break coupled with the loss of Alex Teixeira meant that many believed that Schalke would have a strong advantage. Yet Shakhtar was able to hold the Germans to a 0-0 draw in Ukraine, which meant that Schalke had to win the return match in Germany in order to stay in the competition.

A Debacle for Schalke

All of a sudden Shakhtar were the favourites to move on to the round of 16, and they did so with style beating Schalke 3-0 in Gelsenkirchen on February 25. The Frankfurter Allgemeine Zeitung would later label the result a “debacle”. Mircea Lucescu would later say that the match was “An indisputable win” further adding  that this was “a good result, considering what team we have right now, and all the changes we had to make in the squad is. To some extent, all these changes are changing [our] game. We are moving from technical football, which we had played until this year, towards a more defensive approach.”

Yet there were still moments of beauty in Shakhtar’s game—first and foremost Marlos’ back heel goal in the 27th minute, which opened the scoring for the Ukrainians. Also there were signs that Shakhtar’s new principle of focusing on bright young Ukrainian players could be working, as the young Ukrainian attacking midfielder Viktor Kovalenko easily fit in Alex Teixeira’s old position, and was Shakhtar’s best player on the pitch.

Kovalenko was involved in the first two goals, and then scored the third himself, and was later voted man of the match by Whoscored.com, who gave him a score of 8.6. At only 20 years of age Kovalenko only needed one match to make Shakhtar fans forget the transfer drama surrounding the departure of Alex Teixeira. Indeed the departure of Teixeira could now accelerate the development of Kovalenko, who could become the next bright talent to be developed in the Ukrainian Premier League.

Kovalenko was also in action last weekend when Shakhtar beat Vorskla Poltava 3-1 at Arena Lviv. While Kovalenko was off the score sheet—indeed he is far less of a goal scorer than Alex Teixeira—this time it was evident that he has the vision and creativity to be a pivotal player for Shakhtar for years to come.

The win against Vorskla meant that Shakhtar remain on top of the Ukrainian Premier League—they are even on points with Dynamo Kyiv but have the better goal difference at the moment. The results against Schalke and Poltava have now given Shakhtar the feeling that the young crop developed around Kovalenko can get the necessary result in Lviv on Thursday (minus midfielder Taras Stepaneko, who is suspended for the match) and have a fighting chance against RSC Anderlecht one week later in Belgium.

Shakhtar Donetsk vs Anderlecht – The First Ever European Encounter

This will be the first time a game Shakhtar Donetsk vs Anderlecht is played in a European competition, but Anderlecht have won five out of six matches against Ukrainian opposition. Furthermore, in the 1989-90 season Anderlecht beat Dinamo Bucureşti, which was coached by Mircea Lucescu at the time, to reach the final of the European Cup Winners’ Cup. Meanwhile the only Belgium club Shakhtar has ever played has been Club Brugge KV, and in eight matches Shakhtar managed two wins, five loses and two ties.

Taking Shakhtar’s recent results into account, Futbolgrad believes that Shakhtar will the favourite in the matchup between the two clubs. Before the season began Futbolgrad predicted that Shakhtar would be a likely dropout after the Champions League group stage, but could challenge for the Europa League title—similar to what happened in 2009 when Shakhtar won the UEFA Cup. 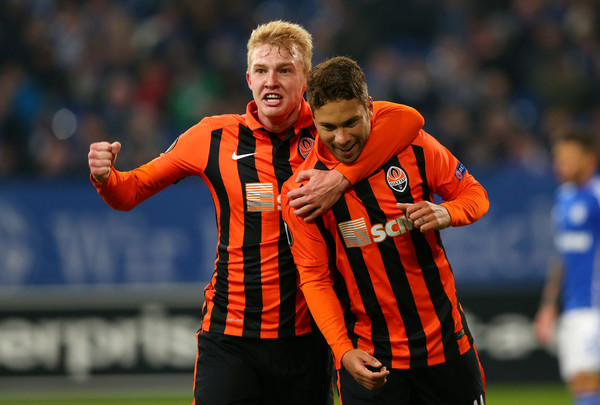 Shakhtar Donetsk vs Anderlecht. Marlos and Kovalenko hope to repeat their magic performance – Image via Zimbio

Yet despite the fact that Shakhtar has been brilliant in the first round against Schalke we now believe that winning the competition could be difficult for the Ukrainians, as both the departure of Alex Teixeira and the suspension of Fred mean that the club simply lack depth in the squad. This is a sentiment echoed by Lucescu, who, when asked whether Shakhtar could win responded “I do not think that we are now at a level to win the Europa League. As this requires a group of 20 players, with those on the bench being equivalent to those playing in the starting line-up.” Nonetheless keep an eye out for Shakhtar, and their young new star Viktor Kovalenko.