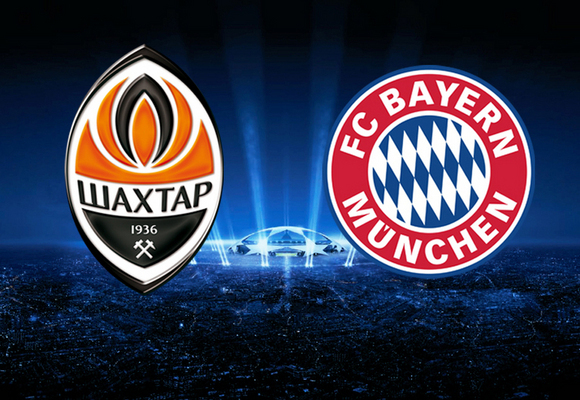 Shakhtar Donetsk is at the end of its second training camp in Spain, which involves a heavy schedule of friendly matches, in a perhaps futile attempt to challenge Bayern Munich in the round of 16 of the UEFA Champions League on February 17. The first leg of the tie will take place in Lviv, where Shakhtar has played all of its home games this season.

Even if this weeks peace talks in Minsk will result in a tangible peace, it remains uncertain when the club can return to the city. Over the winter the battle over Donetsk’s Airport intensified to such an extent that Ukrainian news outlets have called the battle Nash Stalingrad (Our Stalingrad). Other infrastructure has also taken a hit including the Donbass Arena.

With this in mind it could potentially be the club’s last Champions League appearance for a while, as the constant exile has taken its toll on the club. Shakhtar currently sits second in the table at 5 points behind their constant rival Dinamo Kiev. Furthermore, third placed Dnipro Dnipropetrovsk is only 3 points behind the Miners, and only the first two clubs of the Ukrainian Premier League qualify for Champions League football.

But it is not only in football that club owner Rinat Akhmetov is feeling pressure. Akhmetov is facing an investigation from Ukraine’s secret service over the alleged financing of Russian separatist forces in the Donbass. There is also political pressure, as Ihor Kolomoyskyi, the owner of Dnipro and the governor of the Dnipropetrovsk oblast has announced his intentions to run for the presidency of the Football Federation of Ukraine.

As Ukrainian journalist Denis Trubetskoy has pointed out on Twitter, former FFU president Anatoliy Konkov was long regarded as Akhmetov’s man. But the on-going conflict in the Donbass has put a major dent into Akhmetov’s influence over Ukraine’s politics, economics, and sport.

As the global intelligence network Stratfor has reported, the conflict in the Donbass has meant that Kolomoyskyi has now been able to gain back much of the control he lost during the time when the Partiia Regionov was in power, and has since taken over many fields that were traditionally controlled by Akhmetov.

While the fortunes of Ukraine’s oligarchs can often change in a heartbeat, the clubs outing against Bayern could be both Akhmetov’s and Shakhtar’s last dance on football’s biggest stage; the UEFA Champions League.