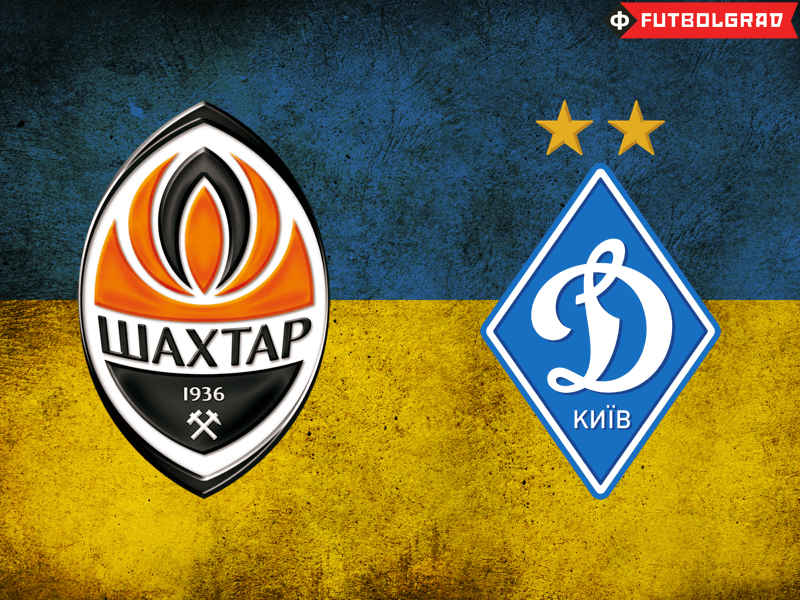 Our match of the week takes us to the Ukrainian Premier League where on May 1 Shakhtar Donetsk will host Dynamo Kyiv for the latest edition of the Ukrainian Derby (read the full history of the derby here).

In the past the match between the two Ukrainian giants would have been the most exciting of the Ukrainian Premier League, but Sunday’s edition in Lviv could be the most boring Ukrainian Derby in recent history.

Furthermore there is also the fact that Shakhtar will most likely field a weakened squad, as the Miners are still involved in the Europa League where they will travel to FC Sevilla, and after a disappointing 2-2 draw in the first leg will try conserve their strength in the derby in order to get a result in Spain that would see them through to the Europa League final in Basel.

Shakhtar looked very convincing in the first half of the match against Sevilla on Thursday, as the club quickly overturned a 1-0 deficit—Vitolo scored in the sixth minute—in the first half with two magnificent goals by Marlos (23rd minute), and Taras Stepanenko (35th minute). In the second half, however, Shakhtar often looked disjointed, and Sevilla received a penalty in the 82nd minute, which was easily converted by Sevilla striker Kévin Gameiro.

With the Sevilla result in mind and the return match just a few days after the Dynamo match, it is expected that Shakhtar will try to rest their legs. Hence, you can expect Shakhtar coach Mircea Lucescu to mostly field the second team for the derby against Dynamo.

Dynamo Kyiv on the other hand have been eliminated from both the European, as well as the domestic cup. One would therefore assume that Dynamo would take this upcoming match easy.

Yet there is a general feeling from the Dynamo camp that they would like to make a statement of intent against their closest rival with a convincing victory, which will leave no doubt as to who is really the number one in the country at the moment.

Dynamo players will be especially motivated after Shakhtar Donetsk coach Mircea Lucescu told the media that Dynamo Kyiv “doesn’t deserve to be champion of Ukraine if they fail to beat Shakhtar.” The statement was made when Shakhtar still had the mathematical chance to win the title, but had more or less already been eliminated from the championship.

Several Dynamo players have responded to Lucescu’s statements, and there is now a feeling that Dynamo will want to make a point on Sunday. Dynamo’s number two keeper Oleksandr Rybka told Tribuna that “they can talk all they want. Perhaps it is just a defensive reaction. Of course Shakhtar hate to lose to Dynamo, just as we hate to lose to the Miners.”

Rybka added that in the end the match would be just about three points, but that Lucescu’s statement “is an additional incentive for our team. We will do everything in order to beat the Miners.”

Meanwhile Dynamo Kyiv star Andriy Yarmolenko told Tribuna “Personally, these words simply serve as additional motivation for me, and nothing more. Of course we want to beat Shakhtar no matter what.”

Hence, as Shakhtar will try to focus on Thursday’s return leg against Sevilla, Dynamo will be extremely motivated for their turn against Shaktar match, and with this in mind Dynamo will be the favourite to win Sunday’s match.

Loading...
Newer Post
Willian to Guangzhou Evergrande? A Transfer With a Major Impact!
Older Post
Serbia’s Golden Generation – What Happened to the U-20 World Cup Winners?