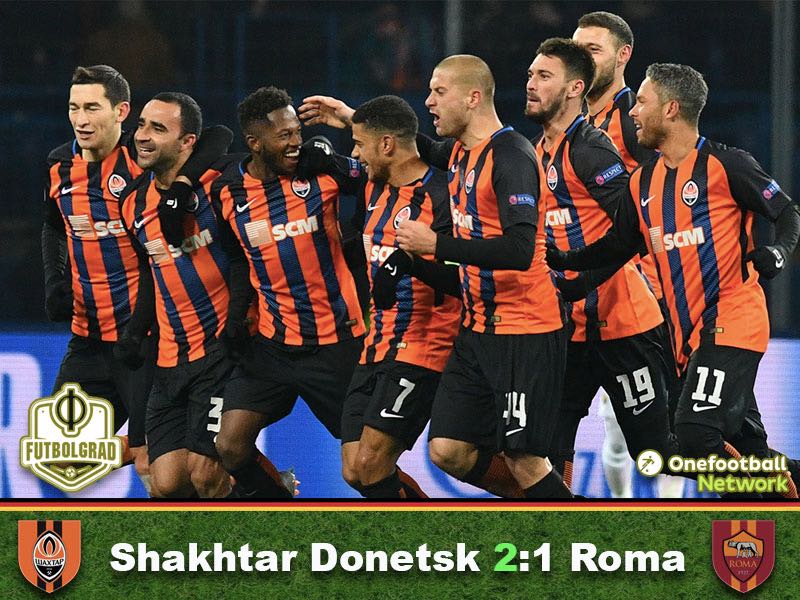 Shakhtar Donetsk vs Roma promised a spectacle with two teams looking to attack rather than defend, and the match lived up to its billings.

Despite the cold temperatures both sides played wide open football with chances develop Taison could not connect with the ball inside the six-yard box in the third minute to open to open the scoring for Shakhtar, and Andriy Pyatov spilt a close-range shot from Edin Džeko in the sixth-minute after an Aleksandar Kolarov corner kick that led to a wild scramble inside the Shakhtar box with the ball eventually being cleared. Both sides focused on their wing play utilising their fast wingers with Kolarov being especially impressive for Roma and Marlos and Bernard for Shakhtar in the early goings of the first half. In the 21st minute, it was one of the wing plays that almost set up Roma’s first goal Cengiz Ünder spotted Diego Perotti wide open on the left-wing, who in turn played a sharp pass to the centre of the pitch where Edin Džeko was left wide open outside the box. The Bosnian’s shot from 23-yards was easily handled by Pyatov, however.

35 minutes into the match Shakhtar had 58% ball possession and also led the game in tackling by winning 52% of their man-on-man situations. Roma, however, led with seven to two shots on goal. Overall it was a balanced first half that somewhat lost steam towards the end of the first interval. Perhaps the most significant difference between the two teams was Roma’s fantastic organisation in the back that did not allow Shakhtar to achieve a breakthrough—especially as centre-forward Facundo Ferreyra was almost invisible in the first half. Roma, on the other hand, have someone who can finish with Ünder being left wide open on the right wing by Ismaily after a brilliant pass by Džeko and the young Turkish forward made no mistake to score the opener. 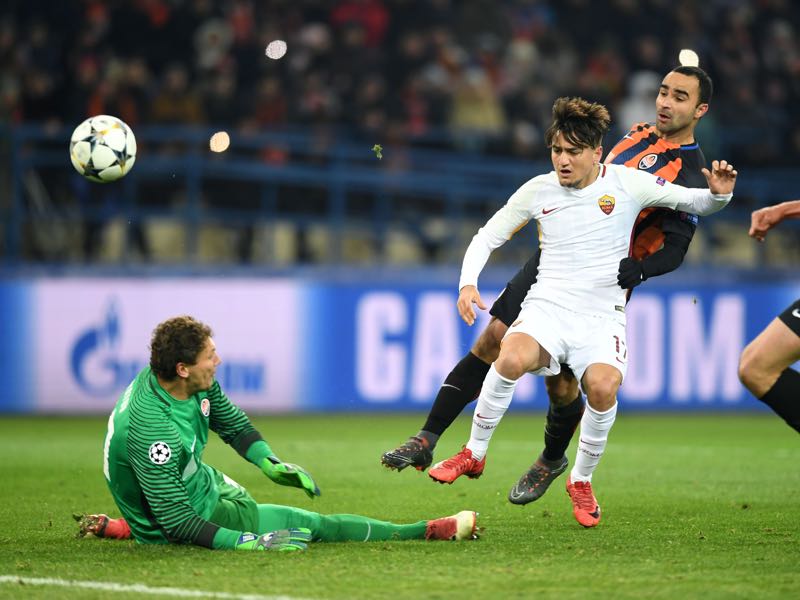 Cengiz Ünder was the difference maker what was tight first half. (SERGEI SUPINSKY/AFP/Getty Images)

The second half started the same as the first with both teams continuing to play attacking football, and within six minutes Shakhtar had equalised. Yaroslav Rakitskiy collected the ball after a Roma corner-kick and played a perfect 30-yard pass up the field into Ferreyra’s run, who managed to escape his defender and then slotted the ball past Roma keeper Alisson to tie the game up. Moments later Marlos should have had a second for Shakhtar after Ismaily played a fantastic pass through the Shakhtar box that found Marlos eight-yards out and Alisson had to make a tremendous close-range stop to keep the shot out. Taison was the next to challenge his compatriot letting one fly from 20-yards Alisson had to stretch himself to keep the ball out. At that point, Shakhtar were pressuring Roma going for the lead, and the Italians at that point were lucky to still be up by a goal.

In the 70th minute, Shakhtar finally did take the lead. Taison was brought down outside the box, Fred stepped up and hit a perfect freekick that hit the underside of the bar and went in to make it 2-1. With the goal, Shakhtar continued with a bit more cautious approach while at the same time still looking for that third goal. Bernard, Marlos and Ismaily had countless runs down either wing, but perhaps Shakhtar’s biggest shortcoming at this point was the lack of finishes inside the penalty box. In the end, Roma have to thank Brazilian keeper Alisson that Roma have a fighting chance in the second leg. The Brazilian keeper kept out a close-range effort after Taison made another run down to the byline with his pass finding Viktor Kovalenko, who dropped the ball of to Ferreyra and the Argentine had to tap the ball home simply, but Alisson stretched out to keep the tie alive for Roma,

Shakhtar Donetsk vs Roma – Man of the Match: Fred

Two Brazilians dominated the game. Brazilian keeper Alisson was the only reason Roma still have a fighting chance when the game goes back to Italy on March 13 making two close-range stops to keep the score tight. But the keeper also conceded two, which is why the man of the match award is going to Brazilian midfielder Fred. Shakhtar’s box-to-box magician not only scored the game winner but also played 46 accurate passes, won eight out of his 14 duels and kept Shakhtar’s midfield together against an excellent Roma side to orchestrate a famous win for the Miners. 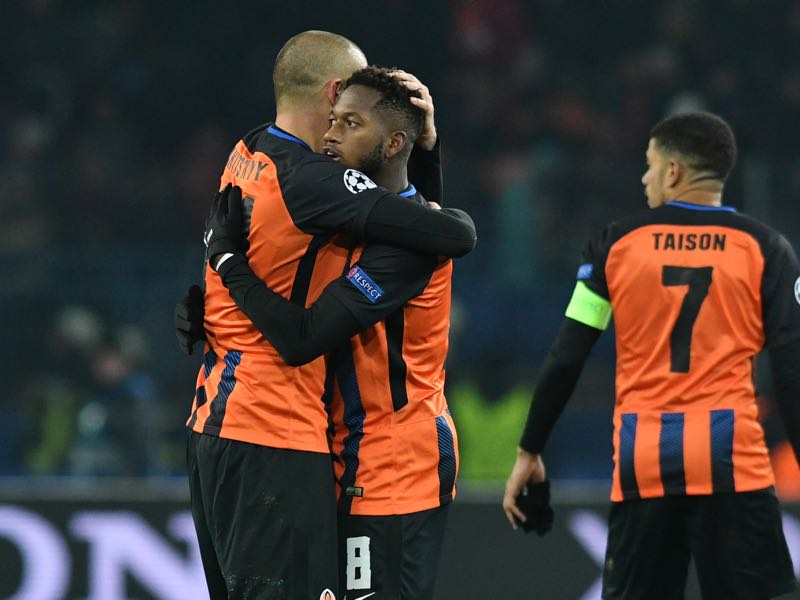 Fred was the Futbolgrad Network player of the match. (GENYA SAVILOV/AFP/Getty Images)

Shakhtar were excellent and deserved the victory. But the away goal scored by Cengiz Ünder might hurt the Ukrainians when the tie heads to Italy in mid-March. The Ukrainian side was strong when it came to creating chances, but the Miners might lack an all-out goalscorer at the moment. Facundo Ferreyra has scored 15-times in Ukraine tonight. However, he highlighted that he might not be the player that can carry Shakhtar deep into a European competition.