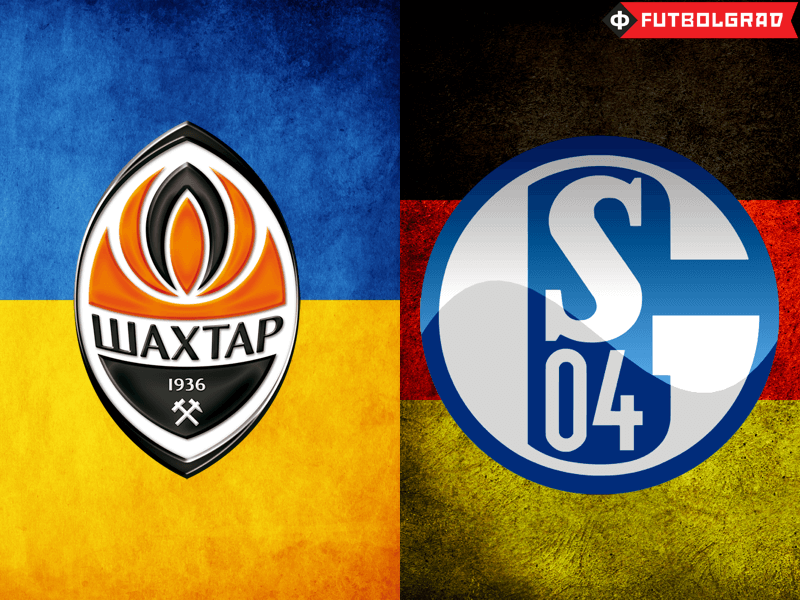 It now seems to be a match from a bygone era. In the 2004-05 round of 32 of the UEFA Cup—the predecessor of the Europa League—Shakhtar Donetsk met Schalke 04 for the first, and only time in a competitive match. After drawing 1-1 in Donetsk, Shakhtar beat Schalke in Gelsenkichern 1-0 to win the match 2-1 on aggregate (the highlights can be found here).

At the time, Shakhtar was a mostly unknown quantity in European football and, indeed, Shakhtar were just at the beginning of a project that would soon create one of the most successful clubs in the post-Soviet space. It was also the first season for Shakhtar’s Romanian coach Mircea Lucescu.

Over the next 11 years, Mircea Lucescu turned Shakhtar into what the club is today. Lucescu oversaw the Brazilianization of the club—the club specialized into targeting young Brazilians between the ages of 18 to 20 with an eye to developing them and selling them at a profit. In recent years Shakhtar Donetsk has sold Fernandinho to Manchester City for €40 million, Willian (now Chelsea) to Anzhi Makhachkala for €35 million, Douglas Costa to Bayern Munich for €30 million, and, this season, Alex Teixeira to the Chinese Super League Jiangsu Sunin for €50 million.

In some ways, the game against Schalke 04 on Thursday might signal the end of an era for the club, as this could very well be Lucescu’s final season as their manager . Furthermore, the club is stepping away from its policy of developing young Brazilian players, and toward a strategy of nurturing local Ukrainian talent.

This was especially highlighted by the fact that Shakhtar chose not to reinvest the money that they earned from their recent sales into Brazilian talent—Shakhtar was linked with Malcom, who has since moved to the French club Girondis Bordeaux.

Before the season started, Futbolgrad predicted that Shakhtar Donetsk would finish third in the Champions League group stage, and would then be a major challenger for the title in the Europa League. Indeed, the fact that Shakhtar rejected an offer by Liverpool FC for the services of star striker Alex Teixeira seemed to underline this ambition.

But then came the stunning turnaround in Shakthar’s policy toward Alex Teixeira when the club sold the striker to China. This was followed, just a few days later, by the loss of the Ukrainian’s Brazilian midfielder Fred to a doping ban. Some had believed that Fred could replace Teixeira, but now Lucescu will have to look elsewhere.

During Shakhtar’s stay in Florida, Lucescu suggested that the Brazilian winger Taison could play on Teixeira’s position, but Taison drifts too far off the centre to be as effective as Teixeira was. Another option would be to move Shakhtar’s Brazilian playmaker Bernard onto Teixeira’s position. Bernard has finally adapted to life in Ukraine this year, and could very well be Shakhtar’s next big transfer story come this summer.

For Schalke, this means that they are going to face a club in transition; Shakhtar have turned from being a club with ambitions to win European titles, to a club that is currently striving to build a new identity.

Hence, 11 years after the first Shakhtar Donetsk vs Schalke 04 matchup, the Ukrainians are at a crossroads and the Europa League encounter against Schalke is its first step into a new era. Twelve years ago, when Shakhtar defeated Schalke, it was a moment that put the club on the European map. Now, because they are without some of their brightest talents, Shakhtar has to prove that they still belong at the head of first-class European football.