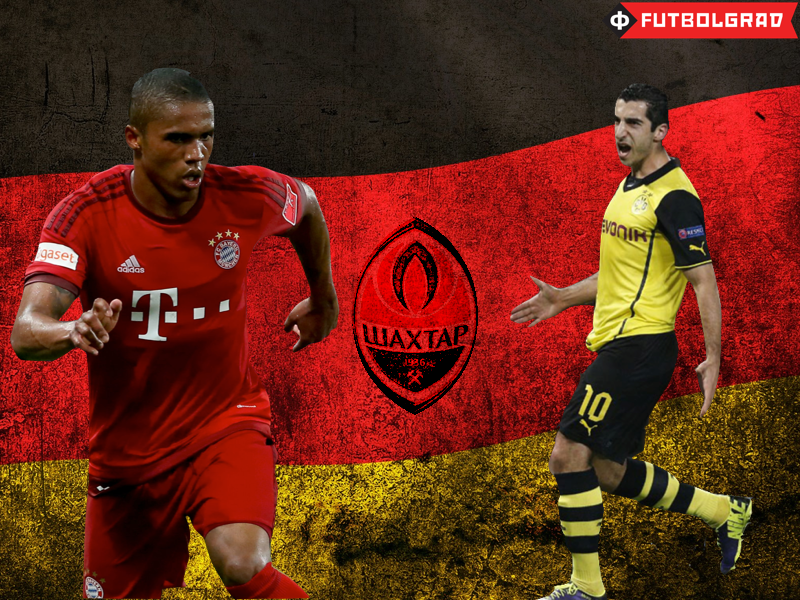 What is even more impressive is that Mkhitaryan was voted into the world class category—the highest category, which is seldom awarded by the magazine. The kicker wrote, “The officials at Borussia Dortmund have always been aware of Henrikh Mkhitaryan’s fantastic skills. But now under Thomas Tuchel, Mkhitaryan’s potential is finally unfolding; the Armenian has been involved in 34 goals in the competitions that he has played for Borussia Dortmund.”

It is no surprise that Borussia Dortmund’s officials have made serious attempts to sign Mkhitaryan to a contract extension—his current contract runs until 2017. Mkhitaryan is represented by Mino Raiola, who has suggested loudly that his client could move to Juventus Turin. It is expected that Mkhitaryan is going to see a massive pay increase and that a new contract would pay him in the region of €7 million.

Mkhitaryan’s performance has indeed been impressive, but what is perhaps even more astonishing about the ranking is that another Shakhtar Donetsk graduate tops the list. Whereas Mkhitaryan took two seasons to fully adjust to life in the Bundesliga, Douglas Costa took the league by storm and was not only voted the best winger in the Bundesliga, but also the best field player in the league by 30.3% of Bundesliga players, (ahead of Pierre-Emerick Aubameyang, who received 23% of the vote).

Eyebrows where raised last summer when Bayern Munich paid €30 million for Shakhtar Donetsk’s winger, who was then a relatively unknown quantity. In 12 games for Bayern Munich, he scored two goals, and assisted on another 12. He also scored two goals in five Champions League matches, and received an overall whoscored.com score of 7.72. Furthermore, the United States based station Fox Soccer has voted Douglas Costa the best summer signing of the Bundesliga , and perhaps of all of Europe, with one Fox Soccer pundit calling him “a €30 million bargain.”

Who was the Bundesliga's best buy of the summer? Easy: Douglas Costa. His top 10 moves of the season thus far: https://t.co/Cr7TsEcoSo

Douglas Costa was signed by Bayern as a long-term project but, as the Bayern Munich blog Bayern Central has pointed out, Douglas Costa together with Bayern’s other surprise signing Kingsley Coman, has proven that, for Bayern, the future is now.

Overall, the development of both Douglas Costa and Mkhitaryan in the Bundesliga will reflect kindly on Shakhtar Donetsk’s coach Mircea Lucescu, who is responsible for unearthing both talents. It will be interesting to see whether Shakhtar remains a hot bed for talent after the Romanian leaves the club.