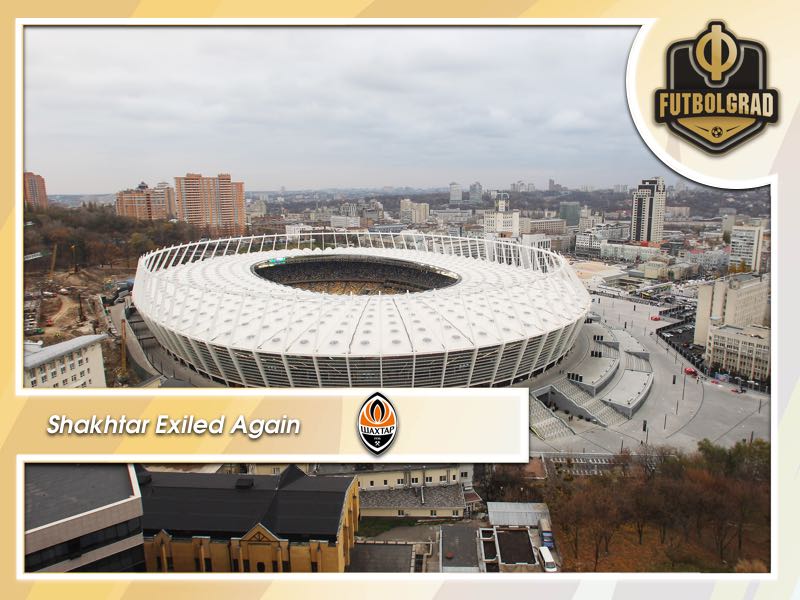 It is now official. Shakhtar Donetsk will be forced to play their final group stage Champions League game against Olympique Lyon in Kyiv.

Exiled from Donetsk where the war between Ukrainian forces and Russian supported separatists continues to the present day, Shakhtar have been forced into exile since the spring of 2014.

The club originally moved to the Lviv to play at the 2012 European Championship arena. But low attendance numbers at the Arena Lviv and playing far removed from the club’s home in Eastern Ukraine – Lviv is around 1200km west of Donetsk – meant that the club was looking for a new home during the 2016/17 season and finally settled on Kharkiv.

Kharkiv is located a 314km drive north of Donetsk and is also the home of many refugees that have escaped the fighting in the Donbass. It was a move that at first was welcomed by Kharkivites as the local club Metalist Kharkiv was relegated following lengthy bankruptcy proceedings.

Attendance numbers in Ukraine have been poor since the start of the conflict. The war in the Donbass and the resulting economic problems in the country have also affected football leading to the bankruptcy and relegation of several clubs, including top teams like Dnipro and the mentioned-above Kharkiv side Metalist.

During the 2016/17 season, the average attendance for Ukrainian Premier Liha games was just 4,329. Shakhtar, who have played mostly in front of empty stands in Lviv, managed to somewhat revitalise their attendance figures from just a couple thousand to 7849 at the end of the season thanks to the move to Kharkiv.

It was a honeymoon that did not last very long, however. Last season Shakhtar averaged just 6734 spectators and this season has seen another drop to just 6691 spectators at the OSK Metalist in Kharkiv (all numbers via Transfermarkt).

Attendance numbers have been solid in Europe

The story has been a bit different in the Champions League. Shakhtar attracted 28,336 spectators on matchday 1 in the 2-2 draw against Hoffenheim, and 37,106 fans watched Shakhtar lose 3-0 to Manchester City on matchday 3.

With this in mind, it would have been save to assume that Shakhtar would have attracted around 30,000 fans for their final Champions League game against Olympique Lyon, in particular when one keeps in mind that it will be a true final. Shakhtar have collected five points from the first five Champions League matches and are currently just two points behind second-placed Olympique Lyon. A win would be enough to see Shakhtar advance to the round of 16 for the second year in a row – a huge success given the current political situation in Ukraine. 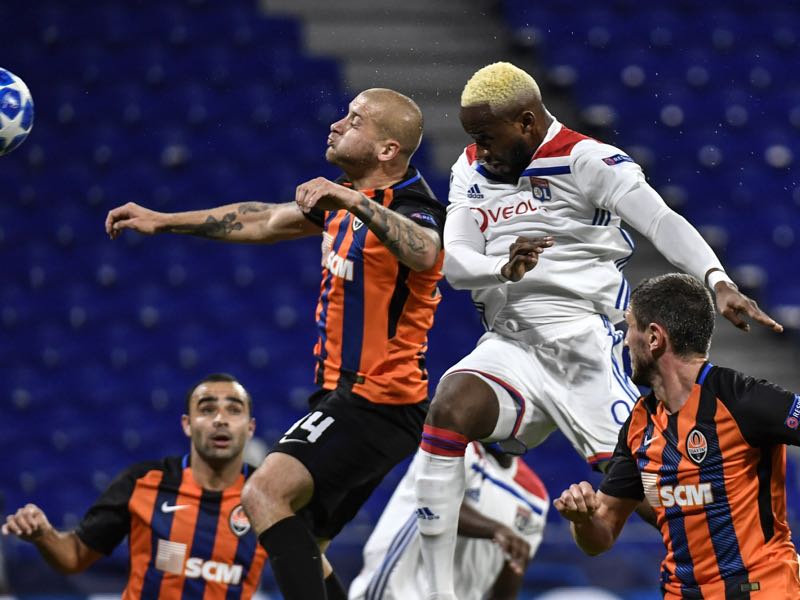 Last week’s decision by Petro Poroshenko to introduce martial law in Ukraine, however, could now throw a wrench into Shakhtar’s plan to advance to the next round. Following the order, UEFA had moved Vorskla’s game against Arsenal from Poltava to Kyiv, despite the fact that the Poltava region is not one of the ten regions in which martial law was declared.

UEFA justified their decision with the fact that Arsenal, and many of the club’s fans, were planning to fly into Ukraine using Kharkiv’s airport and with Kharkiv being one of the regions put under martial law this was reason enough for Arsenal to put in a formal request. But as outlined by the Futbolgrad Network the declaration of martial law has brought relative little change to already existing laws, and the Ukrainian government has not banned sporting events. But with UEFA setting a precedent it seemed impossible for Kharkiv to host Shakhtar’s final game.

Although Shakhtar use Kyiv as the club’s base – the club recently expanded their training complex on the outskirts of the capital – playing at the Olimpiyskiy National Sports Complex might bring financial benefit but also turn the game into a virtual away fixture for the Miners. The Olimpiyskiy, after all, is the home ground of Shakhtar’s biggest rival Dynamo Kyiv.

In fact, Dynamo are likely to be impacted by this development. The Ukrainian record champions were scheduled to face Czech side Jablonec on Thursday, December 12 at the Olimpiyskiy and Tribuna.com speculated on Tuesday, December 4, that that game could now be moved to the Lobanovskyi Stadium.

Meanwhile, the director of the Arena Lviv, Yuri Mayborod has voiced his concern about UEFA moving Shakhtar’s final home game against Olympique Lyon to Kyiv to the Ukrainian media. “We have prepared a letter to UEFA and the Football Federation of Ukraine (FFU), which outlines our situation regarding this match. We are supposed to be the Shakhtar’s reserve stadium, and we don’t understand UEFA’s decision.”

“It was the same with moving Vorskla vs Arsenal to the NSC. It is strange and unethical because UEFA is violating its own rules. I understand that the decision can no longer be influenced, but we decided to write such a letter regardless,” Mayborod added.

UEFA moving the final home games of Ukrainian clubs is just the latest example on how the deteriorating political situation between Ukraine and Russia has affected football in the region. With the war ongoing and with Russia, in particular, unwilling to compromise on matters such as the Donbass and the Crimea an almost forgotten European conflict will likely continue for some time.