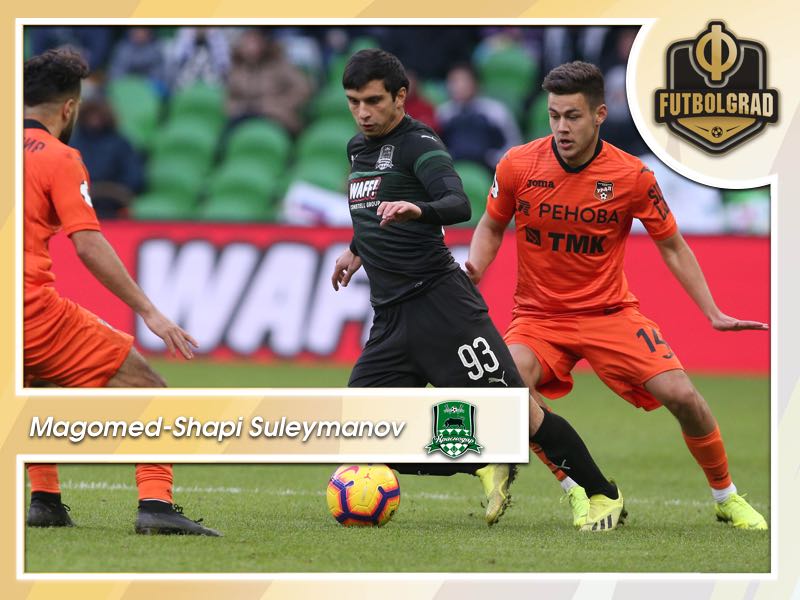 The score was 0-0 between Krasnodar and Ural, a match at a deadlock. No way for the Bylki to score. That was until the 51′ minute when Krasnodar head coach Murad Musaev brought on Magomed-Shapi Suleymanov, or simply Shapi Suleymanov. Six minutes later it was 1-0 for Krasnodar, and in the 76′ minute Ivan Ignatyev added Krasnodar’s second goal of the match to round up a 2-0 victory over Ural.

While Ignatyev rounded up the victory, it was Shapi Suleymanov that broke the deadlock. In fact, it has become a bit of a habit for the 18-year-old Makhachkala native to score decisive goals without having spent much time on the pitch.

The Russian sports portal Sports.ru has, in fact, already compared Shapi Suleymanov with Borussia Dortmund forward Paco Alcacer. The Spanish striker has scored ten goals in just 281 Bundesliga minutes (eight games) for Dortmund this season. Scoring every 28 minutes, Alcacer has taken the Bundesliga by storm and become a globally recognised forward in just the matter of just a few weeks.

Shapi Suleymanov – A man of many record

Suleymanov’s strike rate is not quite that impressive. But given that the 18-year-old Dagestani is playing his first full professional season his five goals in eight Russian Premier League games is fantastic. The number becomes even more impressive when one breaks it down in numbers. Shapi Suleymanov has played just 159 minutes for Krasnodar this season and scored every 32 minutes. 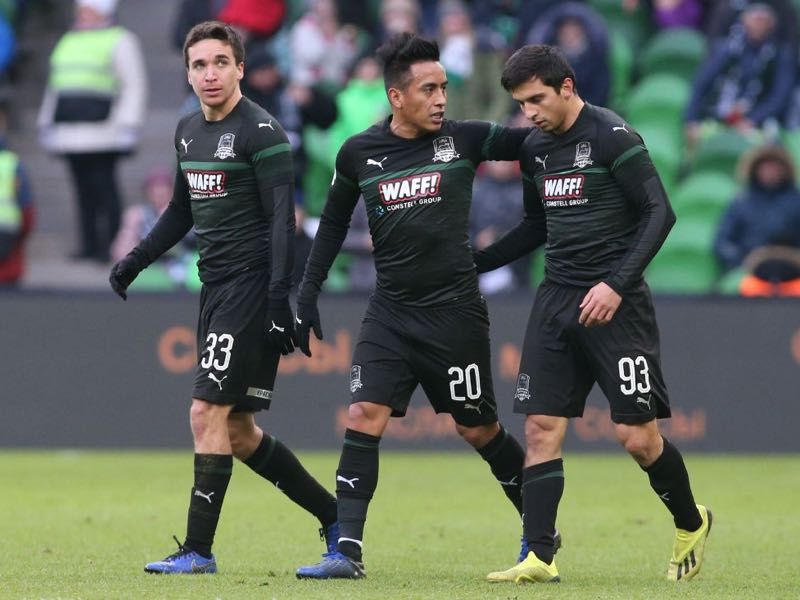 Like Dortmund’s Paco Alcacer Shapi Suleymanov has the ability to come off the bench with an instant impact. A right-winger, who can also play as a centre-forward and on the left, Suleymanov is a quick and technically gifted player.

Stemming from the Russian Caucasus Shapi Suleymanov played for his hometown club Anzhi Makhachkala before he joined Krasnodar’s youth academy. The “Academy Krasnodar” has for the longest time been the brainchild of ambitious own Sergei Galitsky. Krasnodar were only founded in 2008 and the owner’s ambitions were to build a club that one day could mostly rely on producing players from its academy.

Shapi Suleymanov was the first step towards that dream. The 18-year-old first burst onto the scene last season. On matchday 1 of the 2017/18 Russian Premier League season, Shapi Suleymanov came on in the dying moments of Krasnodar’s 2-1 win against Rubin Kazan. It made him the youngest player in Krasnodar’s history.

The records, however, do not stop there. Against Standard Liege in the Europa League Shapi Suleymanov became the youngest player to score for a Russian club in that competition and the first Academy product, who scored in Europe.

It is not just the amount of goals he scores, but also the manner in which he scores them. In fact, there is a certain swagger to his play. The sort of swagger so common among players hailing from the Caucasus.

“All the guys in Dagestan are brazen. I think, so I have enough arrogance to whack the ball when I am in the right situation,” he explained after his spectacular goal against Lokomotiv in September. Hit them hard, hit them low, lop them, hit them with both feet, backheel, headers and set pieces Shapi Suleymanov has the full spectrum of attributes to score from any position on the field.

It is not just the goals, however, that are impressive. By early December Shapi Suleymanov had played 13 competitive games for Krasnodar’s first team in the RPL, Europa League and Russian Cup. On average he had undertaken 75.19 actions per game of which he completed 58.4% successfully. With 1.68 goals on average, his xG by early December was 0.77. When he was not scoring goals, he completed 86% of his average 38.01 passes played per game. He also managed to complete 66.7% of his 0.84 crosses per game and completed 68.7% of his 4.47 dribbles per game.

Those naked stats also pass the eye test. Shapi Suleymanov is the sort of player people like to watch. A bit of a Jadon Sancho type of winger Shapi Suleymanov likes to take on defenders at high speed and dribble at them quickly changing directions to offset the oppositions balance. That ability, in particular, sets him apart from many other players in the RPL. His directness, in fact, is a rare commodity even among top competitions in Europe.

With that in mind, it will only be a matter of time for Shapi Suleymanov to appear in the notebooks of the scouts of top European clubs. Until then, however, RPL fans can enjoy seeing the Russian Alcacer in action.