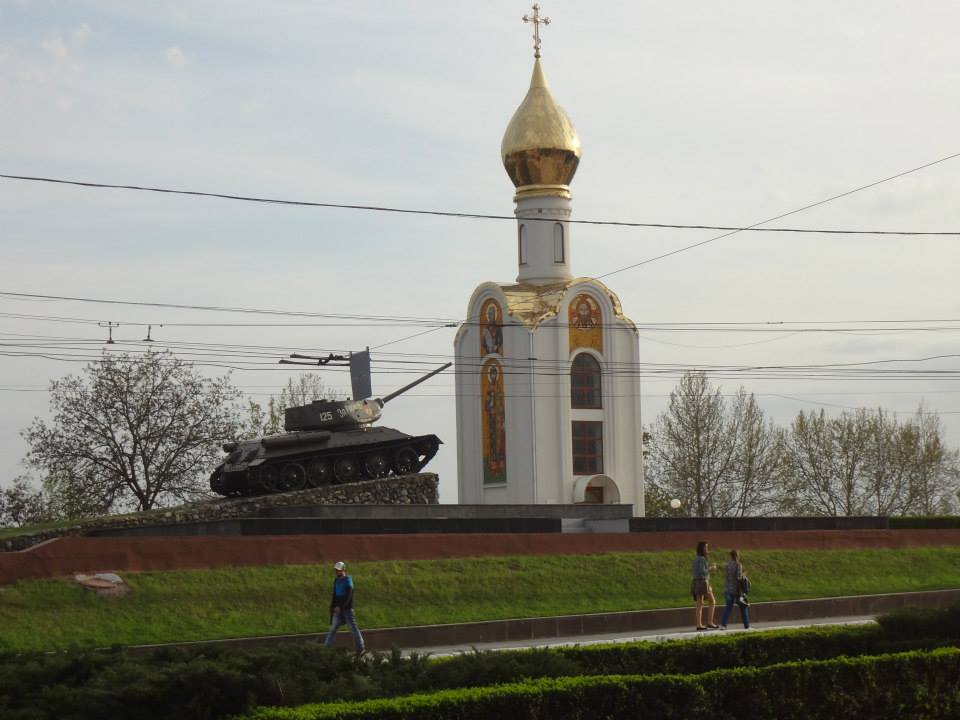 For the past twelve seasons, Moldova’s top division – Divizia Naţională – has been monopolised by FC Sheriff Tiraspol, who have won 10 of the past 12 league titles, despite only having been formed in 1997. While this variety of domination is not entirely uncommon across Europe (Rosenborg in the 1990s, and Lyon,  Shakhtar Donetsk and Porto in the 2000s), FC Sheriff’s level of dominance is made noteworthy by the fact that Moldova’s perennial victors, and only credible European representative thus far, are situated in the capital of Transdniester, a breakaway region and self-declared independent state situated within Moldova proper.

Unlike Transdniester’s post-Soviet kin however – Abkhazia, South Ossetia and Nagarno Karabakh – a conduit of interaction flows between paternal state and would-be secessionist entity due to this (footballing) marriage of necessity. However, it is unclear whether there is an ultimate benefactor from this arrangement, and what effect Sheriff’s continued participation in Moldova’s first division may have on this murmuring conflict.

Is, therefore, Sheriff’s participation in the Moldovan league a means to strengthen ties and ultimately fortify Moldova’s desire for reunification or are FC Sheriff’s successes simply political machinations in order to placate Chisinau, humiliate the Moldovans and publicise Transdniester’s claim for de jure independence across Europe?

Transdniester – A Pariah within a Pariah?

Transdniester (or as the locals prefer, Pridnestrovie) exists as a de facto state; a stillborn from the collapse of the Soviet Union. Described by Strange Maps blogger Frank Jacobs as a “Soviet fly in geopolitical amber” Transdniester whistled with industry during the Soviet era, housing a population of various nationalities including a sizable quota of Russians and Ukrainians. 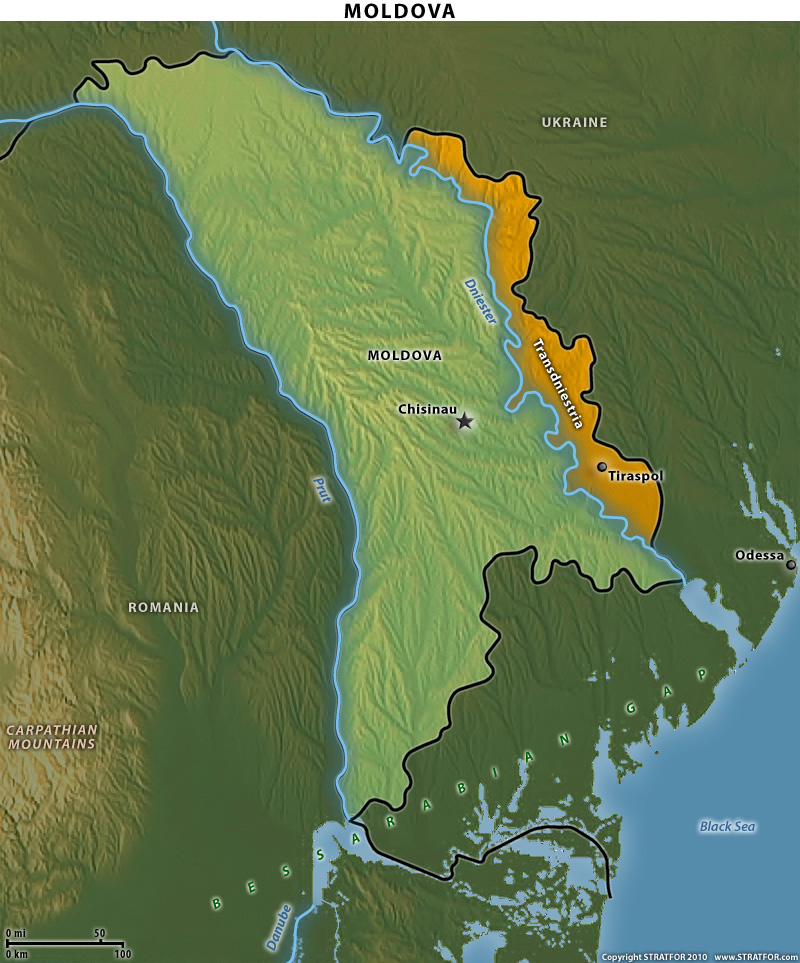 When Moldova declared its independence in 1991, those on the eastern side of the River Dniester had little desire to integrate with the Romanian-speaking Moldovans, who looked west for guidance to minimal avail (in 2011, Moldova was still regarded as the poorest country in Europe, as per GDP). After a brief war in 1992, Russia were quick to offer their peacekeeping services, and to this day Transdniester orbits politically as a Russian satellite cloaked in the same guise as Russia’s cartographically lonesome, but geostrategically vital, oblast Kaliningrad.

Transdniester operates (creakingly) in the meantime as a prima facie state – it has its own currency, flag, stamps, army and president. However, it lacks one vital ingredient – recognition, and as such sulks like a lonely piano player conjuring Rachmaninov in an empty bar. Transdniester’s purgatory-like status does not appear conducive for harvesting Moldova’s national football champions. However, FC Sheriff is more than just a football club.

FC Sheriff is named after its founder and lavish sponsor, the Sheriff Company – an apt choice of name considering its Wild West approach to business. As a result, the club’s wealth appears somewhat disproportionate, bordering on the absurd, with regards to the humble league in which they compete.

An analysis of FC Sheriff without due consideration to the ‘special’ circumstances, which politically and economically envelop it, is as inadvisable as it is meaningless. Thus, one must bravely attempt to disentangle the politicians and/or businessmen who wield influence over it.

Sheriff was formed in the opportune years of the early 1990s by Viktor Gushan and Ilya Kazmaly – former members of the special services (better known as the K.G.B.) – who reaped their fortune in real estate and oil, inter alia.

Having branded Sheriff successfully not to mention thoroughly – the omnipresent and watchful Sheriff logo stalks Tiraspol’s supermarkets, gas stations, and casinos amongst the greying Soviet nostalgia – it significantly witnessed/survived/influenced/dictated the transfer of presidential power slide from Igor Smirnov (so popular in Transdniester that he once received 103.6% of the votes in a particular district during the 2001 elections) to Yevgeny Shevchuk, the former head of previous opposition party Obnovlenie (Renewal).

The BBC stated, in their exposé subtly entitled Misery in a Pariah State, that organised crime experts in the UK indicate that Sheriff is owned by the Smirnovs, who use it to launder money. 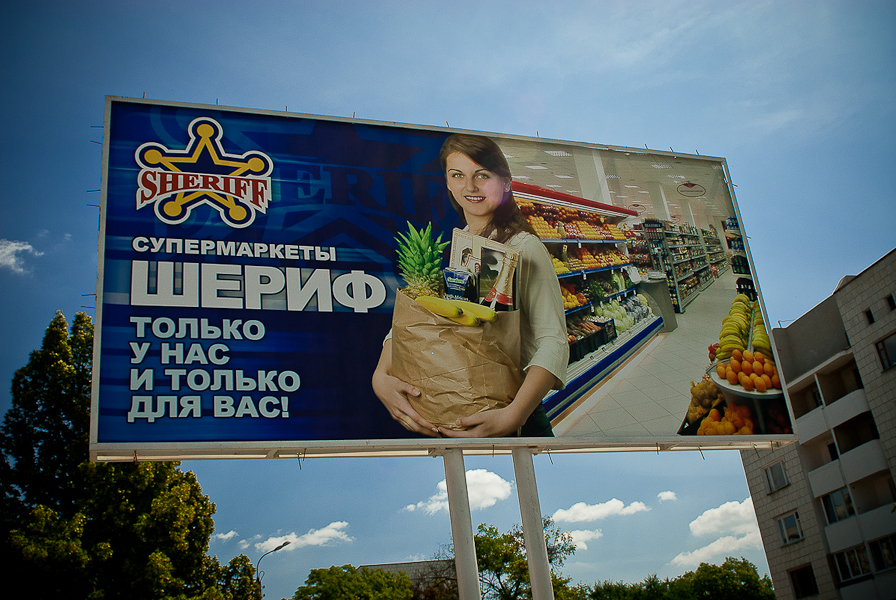 As Sheriff’s domination grew under Smirnov’s glare, some have speculated that the economic curtailments, due to Transdniester’s hermitic cooperation with ‘the outside’, may have been the cause of Shevchuk’s opportunity, a young lawyer and potential reformer. Whilst illegal trade flourishes in Transdniester’s black hole of legality, restrictions and observers, the rub therein lies with an unwillingness to expand outside those nefarious (yet fruitful) waters.

To cloud the landscape further, a 2010 United States Department of State report stated that, “[t]he company also effectively controlled the Obnovlenie (Renewal) Party, which held a majority of seats in the region’s legislature”. It is worth noting that Shevchuk was also once the deputy director at Sheriff. A near certainty, amidst this ambiguity, is that Smirnov did not stand by passively throughout this transfer of power.

While FC Sheriff may  be the victors on the pitch, the real winners may well be watching in the stands.

Interaction can be a useful starting point in bridging any disagreement and the case between Transdniester and Moldova is no different. As football is a major commodity (openly) trafficked between the pair, examining this dynamic is crucial in understanding their relations, Ivan Ivanov, a Tiraspol-based interpreter and football enthusiast, clarifies this point: “football contributes to [positive] relations between Tiraspol and Chisinau because it shows that cooperation is possible and that it is reasonable to achieve compromises for the benefit of simple people.” He continues that, “young players from all over Moldova live and play at the Football Academy in Tiraspol and dream to become professional players.  We see that sport is uniting the two banks of the river and that in reality there are no borders.”

With communication starkly terse between Chisinau and Tiraspol, one particular tenant in Tiraspol have garnered some interest in the West – the Moldovan national side. Moldova’s acceptance to play some of their home matches at the imaginatively named Sheriff Stadium is a remarkable illustration of when football trumps politics.
Here, diplomatic pragmatism appears to have prevailed. According to the Sheriff’s Stadium’s website, Tiraspol has until now hosted the likes of the Netherlands, Belarus, Austria, Latvia, Andorra, and at a reported cost of $200 million, the stadium has a Ceausescuian quality – built clearly for external satisfaction.

Additionally, FC Sheriff’s ever-improving attempts to quality for the Champions League may inspire the company (and the club) to long for pastures beyond its invisible but real borders. In the 2009-10 season, Sheriff reached the third qualifying round for the first time succumbing to Olympiakos 3-0 on aggregate. In the following season, Sheriff once again reached the final qualifying round, this time falling to Swiss side Basel, losing 1-0 in Switzerland before crumbling 3–0 at home, while their latest attempt in 2012-13, having reached the third round once more, ended in a less respectable 5-0 aggregate defeat to Dinamo Zagreb.

With progress appearing to have plateaued, could the youthful ambitions of the de facto republic’s new president relax its borders and open more dialogue with Chisinau, thus allowing (legitimate) business and, in turn, FC Sheriff’s European success, to thrive? It appears highly unlikely.

Although UN recognition is the ultimate goal of any de facto state, if indeed Transdniester’s claims are genuine and its preference is not to hover in a state of lawlessness, a consolatory prize is recognition via football. Scotland’s independent football association, for instance, may have (marginally) contributed to a satisfactory amount of autonomy to prevent sober calls for independence (until recently, of course). Moreover, were Catalonia to benefit from a similar arrangement, their football representative – comprising the likes of Xavi, Inestia, Busquets – may have a World Cup to proudly display on Las Rambla bringing with it a new global audience, considerate of their calls for greater autonomy or complete independence.

The advent of Champions League television crews and partisan fans penning their maps in pursuit of Tiraspol would naturally garner a much broader outside focus, which thus far has been mostly the fascination of eager academics and (post) Sovietologists (not to mention those well-rounded readers of Futbolgrad). 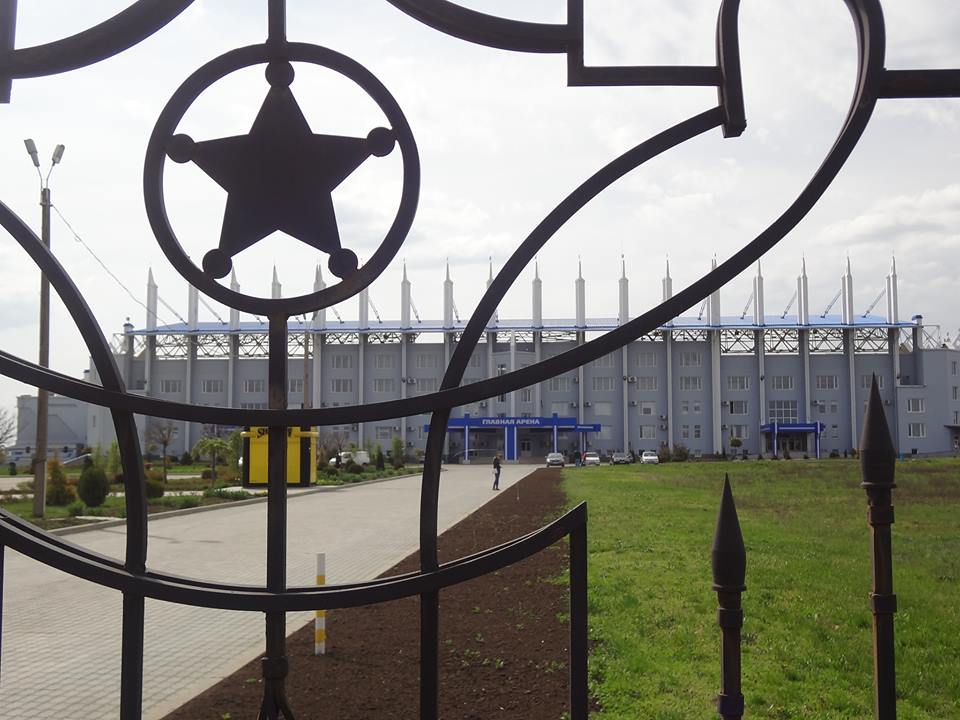 Unfortunately, the conclusion is rather sobering. Transdniester’s den of illegality appears to have an ample quota of profiteers to alter the status quo, and with Russia’s support, Moldova is unlikely to have the persuasive charms to affect any meaningful change. Grigory Volovoi, chairman of the Transdniester Fund for Human Rights, summarises this point: “We say that in muddy waters it is hard to catch a fish. And the non-recognition of this republic is the dirty water, because the non-recognition is very profitable and convenient for those who decide economic policy here.”

Football has, however, diluted to a point the degree of distrust between the two parties, with FC Sheriff paradoxically remaining Moldova’s only memorable representative on the European stage.

The Russian Federation’s recent call for a new Unified League (as documented in Futbolgrad in February 2013) may develop into an interesting opportunity for FC Sheriff to move into a competitive league and to the bosom of its protector state. This success, however, would be at the cost of guaranteed success.

Gagauzia, or Land of the Straight-Nosed Turks, is a Turkic-speaking autonomous region located in the south of Moldova, and another example highlighting Moldova’s idiosyncratic and chequered history. CF Găgăuzia competes in the top division and is based in Gagauzia’s capital Comrat.