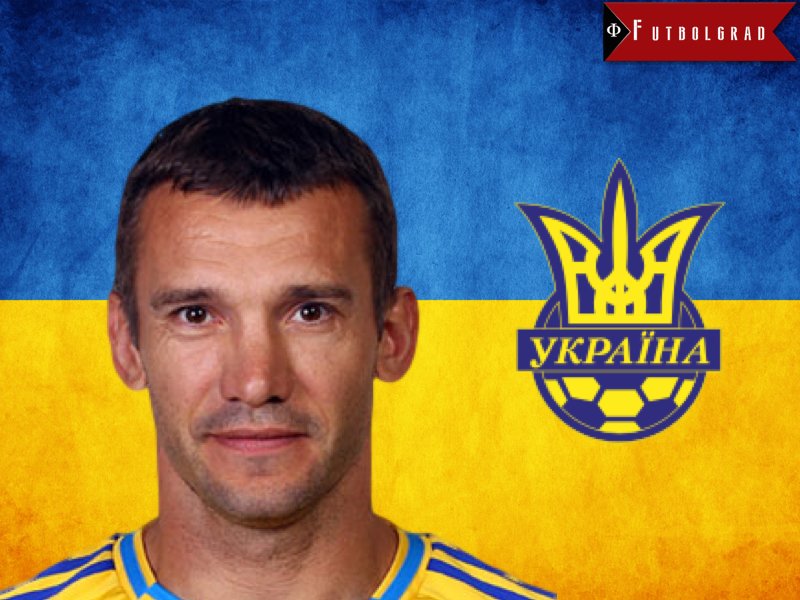 Last Friday, the Football Federation of Ukraine announced that legendary striker and assistant coach Andriy Shevchenko was named manager of the Ukrainian national team. Shevchenko was the unanimous choice of the executive committee of the FFU, and he signed a two year contract with an option for a two year renewal. This will ensure that Shevchenko will take charge of the national team through the qualifying cycle of the 2018 World Cup, which is to be held in Russia.

The decision came as a surprise to no one. Since he was first named assistant coach back in December, it was widely believed that Shevchenko was preordained as the replacement for Mykhaylo Fomenko and was being groomed for the position.

Those rumors were confirmed last week with the appointment of the inexperienced Shevchenko, whose entire coaching CV begins and ends with Ukraine’s dismal performance at Euro 2016. In fairness, Shevchenko was not the manager and escaped the brunt of the criticism, which was directed at his predecessor Fomenko. Nevertheless, as a member of the coaching staff surely Shevchenko deserves at least part of the blame for the debacle. Apparently, this did not play a role in the decision of the FFU.

Shevchenko’s appointment has been widely questioned and criticized in the Ukrainian media, and his tenure has already gotten off to a rocky start. After being announced as the new manager he read a prepared statement, but did not speak to the media, saying “I will answer all questions closer to the matches.”

Despite refusing to speak with local media, on Monday Shevchenko gave an interview to the French magazine L’Equipe in which he spoke about his admiration for his former managers, including Valeriy Lobanovksiy and Carlo Ancelotti. He also revealed that he had been offered the national team job back in 2012, but wanted to first gain experience. Shevchenko’s refusal to speak with local media while giving interviews to foreign outlets has drawn criticism from some Ukrainian journalists.

While the appointment of Shevchenko itself may have been a foregone conclusion even prior to the announcement, the identities of the members of Shevchenko’s new coaching staff had turned some heads.

The most prominent name on the staff is Mauro Tassotti, the long-serving assistant coach and former player at AC Milan, who left the club 36 total years of service. Tassotti served as assistant coach during Shevchenko’s time at AC Milan, so the two are closely familiar. Tassotti will be joined by Andrea Maldera, Milan’s match analyst.

Another member of Shevchenko’s staff will be Raul Riancho, the Spanish coach who was Serhiy Rebrov’s assistant at Dynamo Kyiv for the past two seasons and who is often credited with the club’s revival during that time.

The main question becomes, will this wealth of experience on the part of the staff make up for the complete lack of experience from the manager himself.

Shevchenko’s first test in his new role is just a few months away, with Ukraine starting off the 2018 World Cup qualifying campaign against Iceland.