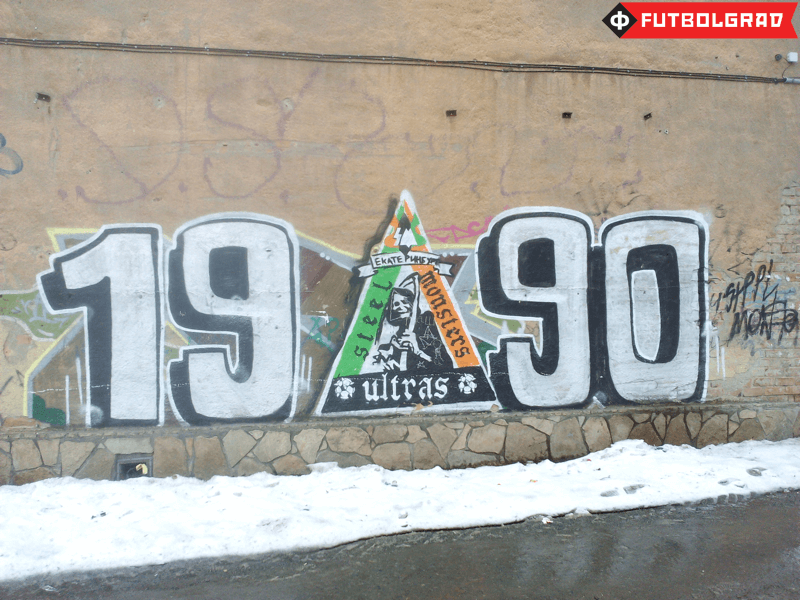 Fan culture in Russia is a curious thing. A quick glance at the average attendances—under 50% of stadium capacity across the league, and that includes brand new stadia such as Spartak’s Otkrytiye Arena and Rubin’s Kazan Arena—at matches in the Russian Premier League paints a worrying picture just two years ahead of the World Cup. Dip down a level, and the figures are even more troubling. 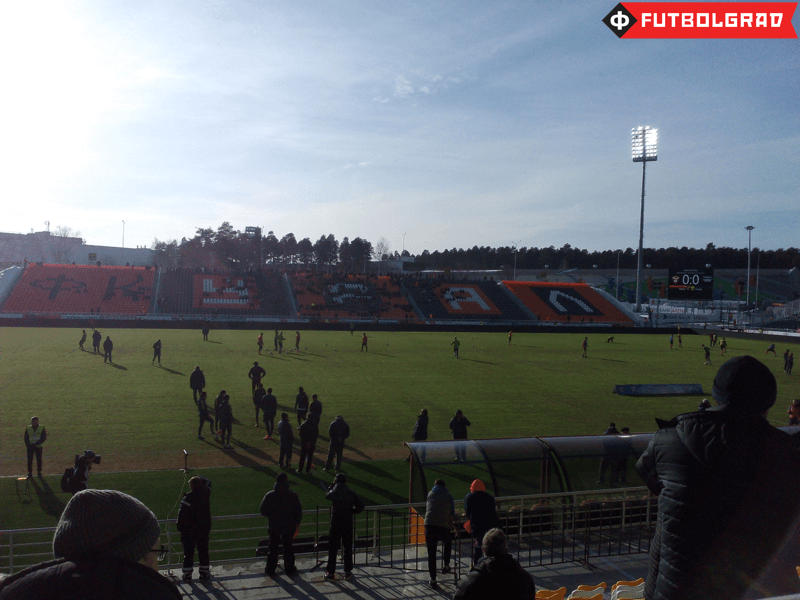 The second-tier Football National League can only boast under 20% of stadium capacity as a league average, with FC Tosno attracting a paltry 579 fans per game, despite having been a playoff away from promotion to the Russian Football Premier League last season. Compare this to the community based amateur club Guernsey FC in the eighth tier of English football, who have an average crowd of 727 so far this season.

There is a strange apathy in the general population toward actively following football “I watch the big matches” is a common excuse heard in explanation of not attending professional football stadia. Considering the maddening geography of Russia, perhaps the one reason is the lack of competitive quality to attract fans’ attention. One side effect of this unusual situation is that there is a filter of which fans actually go to the grounds to watch their teams; the connection to the teams amongst those who attend is, on average, much stronger than the corporate-orientated 99.5% full Old Trafford or 99.4% full Emirates Stadium.

Another geographical effect on the stadium experience is the proportion of away fans that attend. Anzhi Makhachkala are one of the better supported clubs outside Moscow and Saint Petersburg, and were certainly the best supported last season in the FNL, and yet even they only brought about 100 fans to a weekend fixture against Tyumen 18 months ago.

It is not surprising that the attendance was significantly boosted in the home stands when many locally-based Dagestanis came out to support their team, while many FC Tyumen supporters turned up just to bait their rivals with unsavoury chants, banners and hostile talk. The antagonism that characterised the match was diluted somewhat by the disproportionate numbers in the opposing sectors, which may have been a good thing. 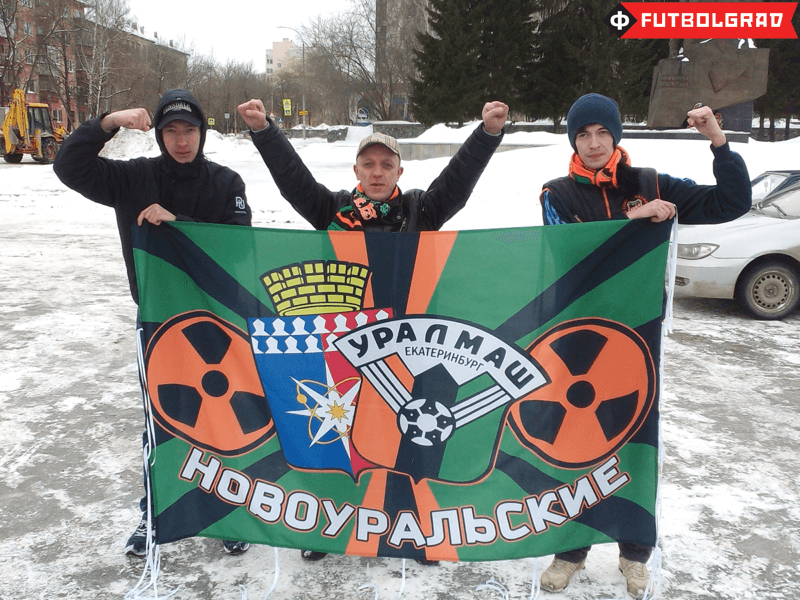 Traveling fans are a rare thing, yet the boys from Novouralsk have undertaken the long journey – Image via Andrew Flint

Actually travelling to another city is a major undertaking for those not accustomed to life in Russia. Yekaterinburg, set to be a host city for the 2018 World Cup, is the easternmost venue, and hosts Ural Sverdlovskaya Oblast in the Russian Football Premier League. This is 330km from my home city of Tyumen, so naturally they have become my top flight team of choice, but not only because of proximity. Last season Ural were struggling to stay afloat amid rumours of a special arrangement between them and Terek Grozny to fix a highly improbable 3-1 away win in Grozny, but there were also complications with the reconstruction work on their World Cup stadium to deal with, meaning they had to stage their final four home matches in Tyumen.

Travel in Russia Can be A Challenge

A Fyodor Smolov-inspired run saw them scrape into the relegation playoffs, which enabled me to meet the press officer Nikita, who agreed to issue me a press pass for Ural. Everything was in place to finally catch some top flight football, except for one thing—how to get there. Those of you who have ventured onto the Russian railway network may be familiar with the less than glamorous confines of the platzkart (common sleeping) carriages—if so, you’ll understand my trepidation at booking return tickets for the opening fixture of this season against Zenit. There were a small handful of fans under the influence as we got on the overnight service, but any thoughts of a convivial evening with like minded people evaporated when the obese mass of flesh alongside grunted at me to move.

Charmingly she wanted to sleep at 10pm, which left me no choice but to squeeze onto the miniscule top bunk. 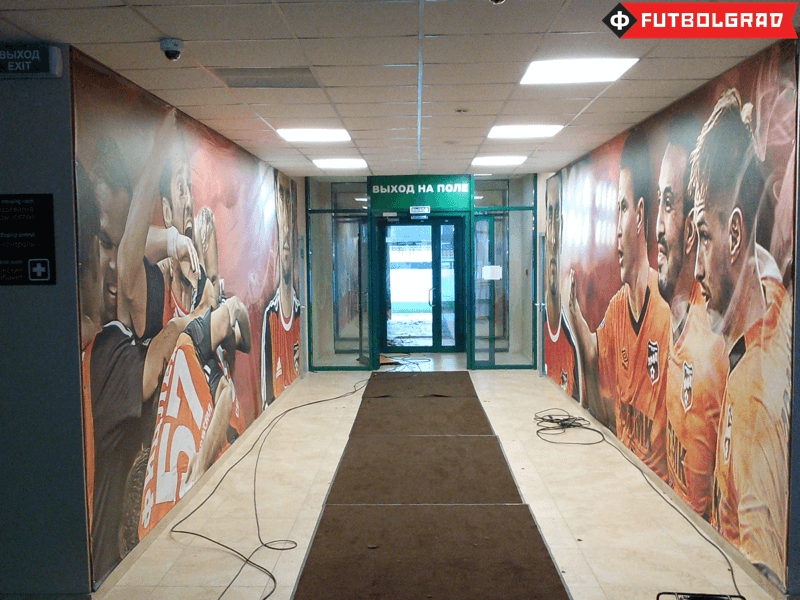 After a taxi ride through one of the uglier suburbs of Yekaterinburg, I arrived near the SKB Bank Arena full of optimism. The multilingual André Villas-Boas awaited in the press conference, but first there was the small matter of facing the champions. Before that, however, was a long walk down a green-leafed boulevard thronged with a lively procession of local fans. Here, at least, I could tell were people for whom there was no ambiguity regarding their allegiance or interest. The ground is very open and not especially inviting for masses of fans to congregate but, come kick off, the stands were full despite the damp conditions.

Zenit romped to an easy 4-1 victory that you’d think would’ve put Villas-Boas in a bright mode, but not a bit of it. Clearly riled by my question regarding his side’s level of entertainment—Boris Chukhlov had criticised him on this point publically a few months previously—he laid into the culture of media giving attention to headline-grabbing comments. As for the fans themselves, a small group concentrated behind one goal provided the vast majority of the vocal support in a well organised effort, so I determined to meet them on a future visit. 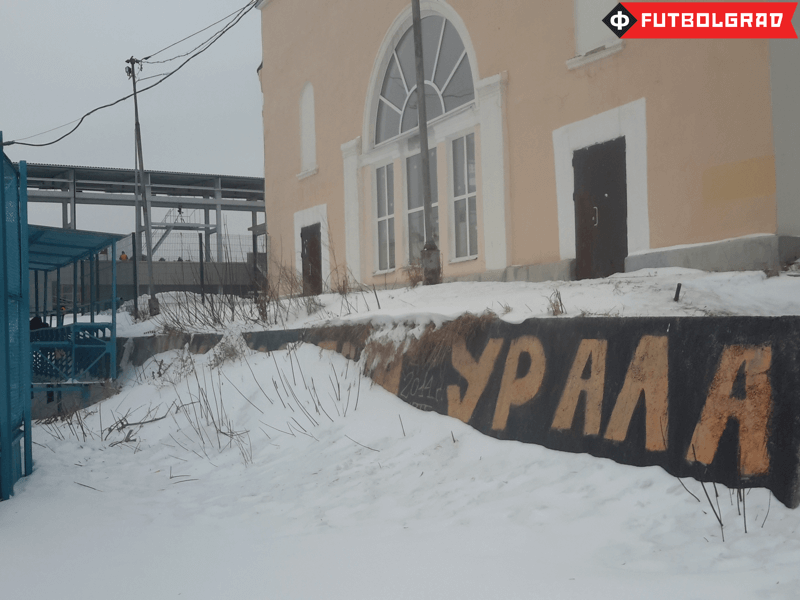 Ural Graffiti next to the stadium – Image via Andrew Flint

The end of the winter break saw the arrival of Dinamo Moscow and the next opportunity. This time though, I decided to drive instead of endure another unpleasant and inconvenient journey next to a grumpy babushka. Russian streets in city centres can be perilous, but at least they have lighting and road markings; motorways in the pitch black are lethal if you don’t keep your wits about you. Somehow I made it in one piece and in good time, so I parked right by the stadium and decided to stretch my legs. Within a few minutes I’d fallen into a conversation with a crowd of Ultras from Novouralsk—a town of 85,000 people 70 km north of Yekaterinburg—who proved both highly knowledgeable about English football and well organised.

Judging a journey in Russian football on statistics alone is a pointless exercise: conversations with the real people on the ground like these are what lend a full perspective to the whole experience. Most of their official fan group merchandise was printed in English, while graffiti across the road from another group proudly scrawled “25 Years” in my mother tongue. My Novouralsk friends admitted that they admired the aggression and scale of hooligan firms in England to the extent that they even corrected my knowledge of the Inter City Firm; the influence of their style was clear to see. It reminded me of watching Italian fourth-tier football a decade ago and seeing more Millwall scarves than those of their own team because of the association with fearsome aggression. 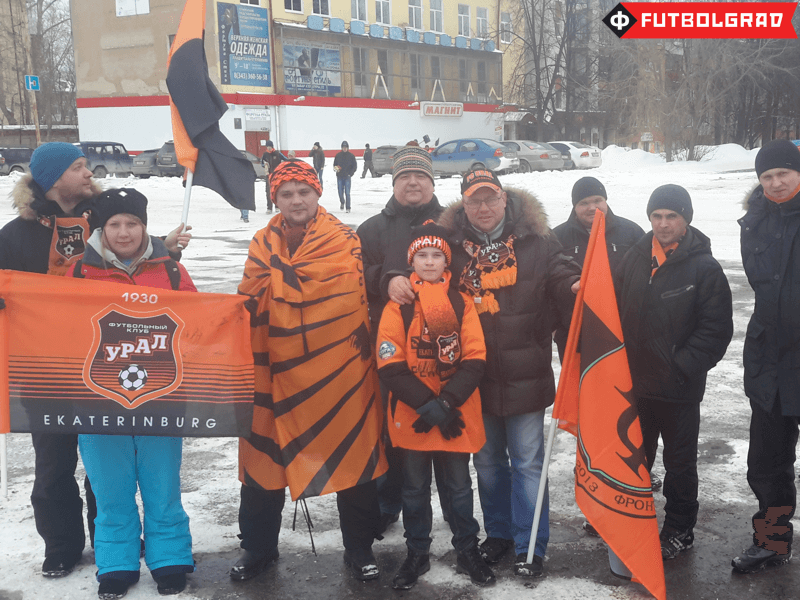 Actual matchday violence is relatively rare in Russian football, or at least outside clashes between the best-supported clubs. A large reason for this comes back to the issue of geography, especially in Ural’s case, as visiting fans have substantial distances to cover and only the most dedicated fans will make it to Yekaterinburg. At the Ural v Ufa match last weekend, I quizzed the journalist next to me in the press area about this and he told me that before the local derby with Amkar Perm he had met two unsavoury visiting fans who had instigated a physical confrontation. According to my sizeable acquaintance they came off worse, and I wasn’t prepared to question this. 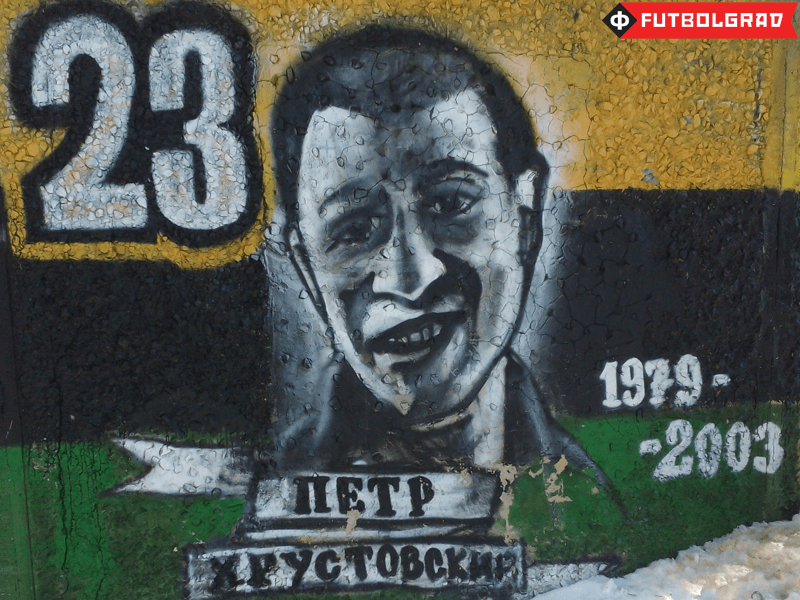 Ural Ultra Graffiti. Russian fan culture is very much alive, but fan violence during games is actually a rare thing in Siberia – Image via Andrew Flint

Precisely how much physical violence is caused by ultras is a moot point, in one sense, when considering the connection fans have with their teams—not that any is palatable—because they provide a higher proportion of the atmosphere than in other countries. The mundane, generic chanting that can be heard elsewhere across most levels of football is a little depressing, so to have a core that are hell bent on stamping their identity on the terraces is both refreshing and much needed. To most people I meet at grounds here, my presence as an outsider is met first with disbelief, followed by curiosity, and finally unadulterated enthusiasm, which is probably the greatest thing about watching football as a foreigner in Russia.