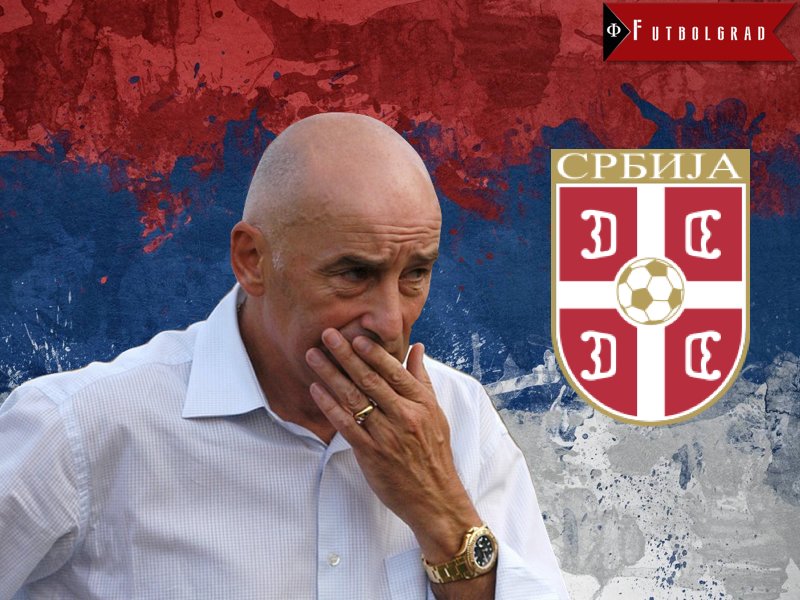 Whilst for many nations, the conclusion of the domestic league brings with it a level of excitement and anticipation, for the people of Serbia the failure to qualify for EURO 2016 has brought with it a complete sporting void, a void filled with the annual question of who will be the next national team coach, as the Football Association of Serbia is once again in need of a new manager.

Five managers have coached the Serbian national team in the last three years, the most prominent being the Dutchman, and former Russian national team and Zenit Saint Petersburg coach Dick Advocaat, who lasted only four games, as he was fired after collecting a single point in his opening three qualifying games.

Six years on from Radomir Antić’s ill-fated World Cup campaign and his controversial sacking, Serbia have qualified for exactly zero international tournaments, Advocaat’s 3-1 defeat to Denmark in November—the result that secured the termination of his contract—reflected how low the team’s performances have ranked since 2006—incidentally also the same year that Montenegro left the union with Serbia.

Radovan Ćurčić is the Latest Addition to Serbia’s Coaching Graveyard

Radovan Ćurčić, who boasted an excellent record as the head coach of Serbia’s U-21 national team from 2013 to 2014, was fired from the senior team after the country failed to qualify for Euro 2016. Serbia’s attempts to qualify for EURO 2016 were unfortunately marred by hooliganism, political controversies and drone fiascos during the two matches against Albania, as well as open criticism from Ćurčić’s own players. Chelsea’s midfield enforcer Nermanja Matić notably condemned the performances of his teammates and the effectiveness of the national team set up, and even threatened to quit the national team. 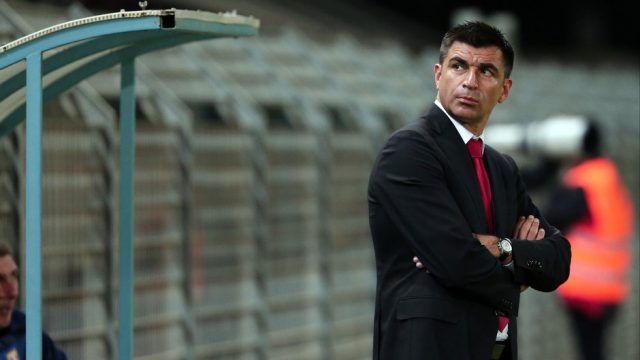 Radovan Ćurčić had an unsuccessful spell with Serbia – Image via Mondo.rs

Ćurčić’s exclusion of Dušan Tadić, one of Serbia’s best players, was extremely public. Tadić, who is enjoying a brilliant spell at Southampton, only became only the fourth player in English Premier League history to register more than three assists in a single game on more than one occasion, as he provided three assists during Southampton’s 4-2 victory over Manchester City.

Ćurčić, however, remarked that he was “not good enough for the national team” Asked about Ćurčić’s statement, Tadić responded with a strong tirade of criticism towards his country’s head coach.

The Tadić affair highlighted a general unhappiness within the Serbian camp, which partly explains the poor results in the EURO 2016 qualifiers despite having a wealth of talent available. In the end Serbia finished just above Armenia in their qualification group, a result that justifies Ćurčić’s sacking. The Football Association of Serbia also needs to be blamed, as they contributed to the lack of stability regarding the managerial position of the Serbian national team.

On May 5, it appeared that the Football Association of Serbia had mustered up a solution to the woes of the national team. They hired former Red Star Belgrade, RC Lens and Lokomotiv Moscow head coach and renowned managerial journeyman, Slavoljub Muslin. During his 27 year coaching career, Muslin has taken charge of 18 different teams, including two stints at Red Star Belgrade.

In many ways, this appointment could be a masterstroke. A cultured veteran of a manager, who is familiar with a vast array of footballing and tactical approaches, could work wonders for Serbia’s European ambitions. Unlike Ćurčić, he certainly has a great deal of experience in European football. Muslin’s significant achievements with Red Star, where he won three league titles and two national cups during his two spells with the club, are reminiscent for many Red Star fans of a bygone era of complete Red Star domestic dominance. 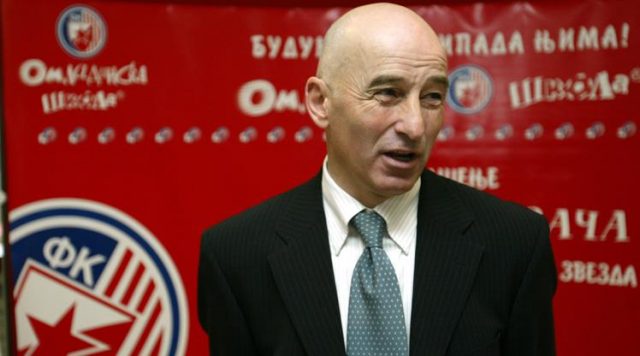 Serbians have a right to be sceptical about another seemingly lacklustre appointment, however. For all of his travels, it must be noted that Muslin’s longest individual stay at a job was a total of three years at FC Krasnodar, but in the end he failed to meet the high expectations of one of Russia’s most ambitious football projects.

After finishing ninth during his first season in charge, which kept Krasnodar in the Premier League, Muslin’s second season saw him unceremoniously sacked, as he finished tenth and lost five out of six games to the eventual top three teams of the Russian Football Premier League—CSKA Moscow, Zenit Saint Petersburg, and Lokomotiv Moscow.

Muslin’s most recent job, at Standard Liège lasted a grand total of three months, but the Belgian club failed to qualify for the Europa League group stages after a shock defeat to Norwegian club Molde FK. He then only won two matches in his first five games in the Jupiler Liga, after which he was fired.

Whilst it’s clear that Muslin has pockets of brilliance within his managerial approach, the lack of sustained employment, and more importantly, consistency within jobs, clearly hinders his prestige. Many Serbs have called for the return of former Serbian manager and national footballing hero Siniša Mihajlović to the set up, who has recently been sacked by the Italian club AC Milan.

Furthermore, Muslin has also been questioned about his temperament and lack of professionalism throughout his career. Both of his spells at Red Star Belgrade ended in controversy, a huge row with the club’s top striker Mihalio Pjanović, who was dropped before a 3-0 home defeat to Bayern Leverkusen in August 2001, culminated in Muslin’s resignation.

During his second spell, Muslin’s demands to change Red Star’s rigid transfer policy saw him lock horns with Red Star’s chairman Dragan Džajić. A generally docile and calm man, Džajić tore into Muslin in front of the press, the Red Star legend labelling him as “the worst person he’s ever met”. 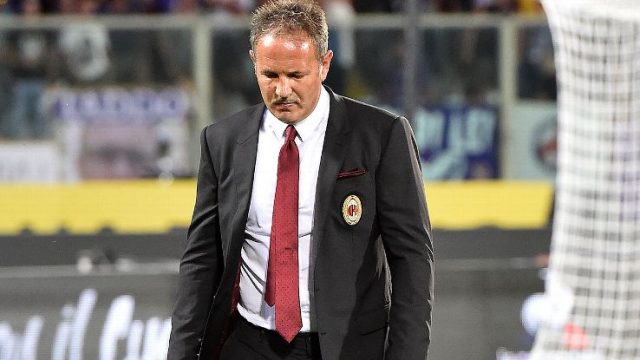 Many Serbs would have preferred Siniša Mihajlović, who was recently fired by AC Milan, over Muslin – Image via ESPN

Serbia’s national team is no stranger to dressing room controversy. During Mihajlović’s reign, ethnic Bosniak Adem Ljajić was dropped for refusing to sing the national anthem, and as mentioned previously, Dušan Tadić’s personal dispute with Ćurčić added layers of negative publicity to the team. On both occasions, football became a sideshow to the altercations off the field. For Serbia to truly move forward it seems that squad harmony and more focus on actual football will be needed. Muslin’s attitude, however, adds another strong argument as to why many suggest that he isn’t the correct choice to lead Serbia forward into an international competition.

Some Serbians Expressed Doubts Over the Appointment

Whilst some Serbs may remain optimistic over the return of a well-known Serbian manager taking the helm of the wayward national team ship, many may be less than impressed with Muslin’s appointment. Serbia recently celebrated international glory at the U-20’s World Cup in New Zealand. This incredible feat certainly proves that there is a goldmine of bright Serbian talents. Given the right guidance, this golden crop of Balkan youngsters has the potential to be transformed and developed into world-class talents.

This highlights even more so the need for a manager with patience, tolerance and experience to help players like Luka Jović, Andrija Živković, Vukašin Jovanović and Marko Grujić reach their full potential. Only time will tell whether Muslin will go down in Serbian folklore as the man to lead them to notable international success, or if he’ll simply be another failed appointment. Hopefully, for the sake of the talented stars within the national team set up, and the football obsessed Serbian fans at home, he proves the critics wrong.

Tom Wood is from South Benfleet Essex, and is currently an A Level Student at Southend High School For Boys, hoping to study History and Eastern European Studies at degree level.Tom is a long suffering but devoted Tottenham Hotspur fan,who is also passionately interested by the culture and politics of European and Eastern European football.Tom is particularly interested in football played in the Balkans, and is fascinated by the immense role that football supporters played in contributing to Yugoslavia’s breakup and the subsequent wars that followed. Follow Tom on Twitter @tomwoodEF