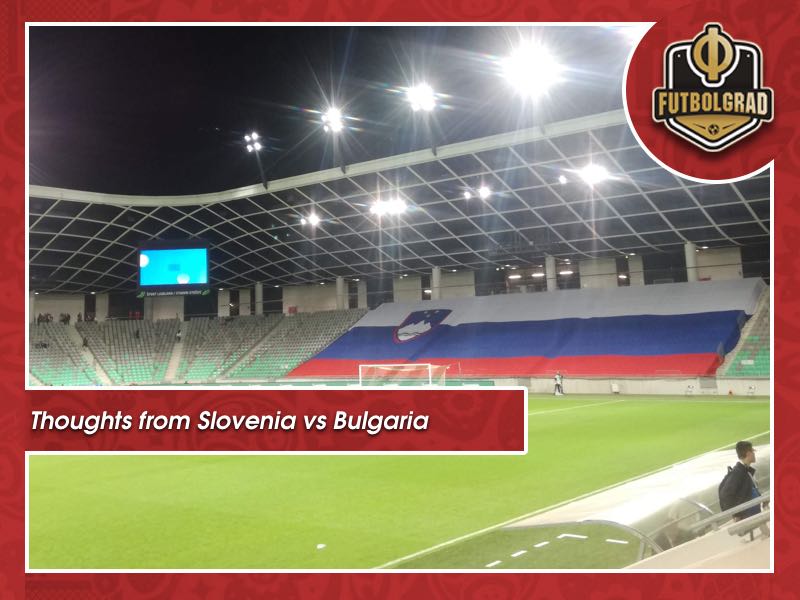 Slovenia vs Bulgaria aka the inaugural UEFA Nations League for both sides. The turnout Wednesday night was poor. Some 5000, possibly fewer spectators were left disappointed by the home team from the get-go. Bozhidar Kraev’s wonderful strike opened the scoring early. Miha Zajc levelled five minutes before the half-time mark only for Kraev to get his second in the 59th minute, tapping the ball in an empty net following Vid Belec’s error.

Vid Belec is Slovenia’s reserve goalkeeper. The Sampdoria man was only standing in for a supposedly injured Jan Oblak of Atletico Madrid. The 25-year old’s shoulder injury that kept him out of the game didn’t seem to phase him much when he played all 90 minutes against Celta Vigo at the weekend. Slovenia’s national side coach Tomaž Kavčič was sure to play down any talk of possible strife between himself and arguably Slovenia’s best footballer, but the PR damage has been done.

Tomaž Kavčič is new at this job. He took over from Srečko Katanec at the end of last year. Kavčič’s case for getting promoted from assistant to head coach had more to do with his personality than any substantial managerial success. As a former coach of the u-21 team, where he helped develop much of the current senior squad, he had been thought of as a perfect candidate for the role. Following a pair of horrid performances vs Austria and Belarus in late March, questions about his coaching capabilities on such a high level were already popping up. An ugly win in Montenegro failed to win over the fanbase ahead of the first competitive match of Kavčič’s reign as national team manager.

Slovenia vs Bulgaria – Kevin Kampl was brilliant for Slovenia

To be fair, the ball was flowing more nicely Wednesday night, mostly thanks to the brilliance of RB Leipzig’s Kevin Kampl, however, the score did not reflect that. Pairing another poor showing with a potential conflict between the coach and the team’s best player, the fans have little to be hopeful of going forward. Combine that with the apparent early disinterest for this thing called the UEFA Nations League and the result is visible in the majority of vacant seats at Ljubljana’s Stožice Stadium.

Reading the official match programme and the accompanying interviews, it appears that not even the players know what the new competition is all about. All they know is that the teams they’ll be paired against are somewhere in their range and that every game can and should be won. If you’d ask the average fan, they’d know even less than that.

The idea that the Nations League is another way into the Euro 2020 group stages doesn’t appear to be catching people’s attention just yet. We want to qualify through the proper qualifying, right? Not this lucky losers club.

The whole idea behind the competition is to eliminate the hated “pointless friendlies”. Why would Slovenia and Bulgaria meet and play a match that counts for nothing when they could just spice it up with a competitive edge and a cool looking logo so that both national sides along with UEFA come away with more money in their pockets.

Slovenia vs Bulgaria – more than just a friendly 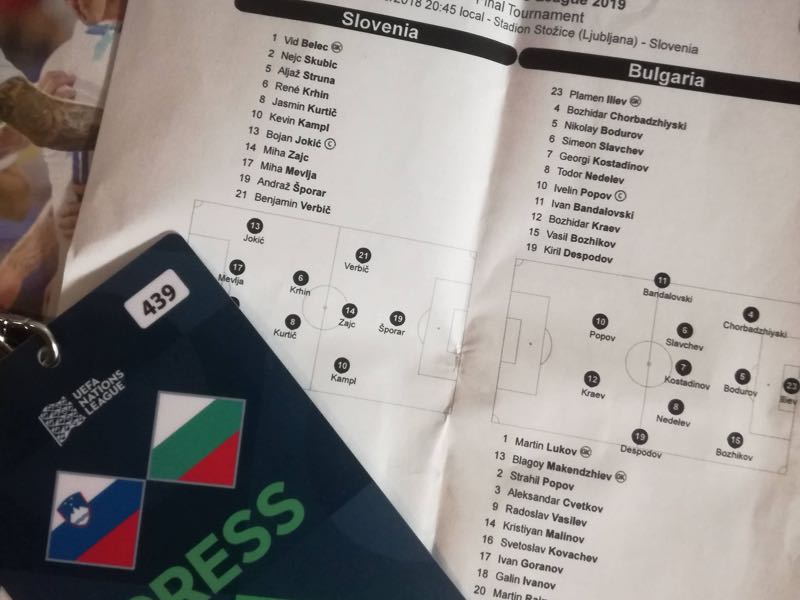 All that being said, the incentives to compete are there not just from a sports but a financial aspect as well: “Each team in League C will receive a solidarity fee of €750,000. Also, the four group winners will receive double this amount with a €750,000 bonus fee. This means that the maximum amount of solidarity and bonus fees for a team from League C is €1.5 million.”

With the prize money up for grabs, I fear coaches will, for the most part, choose the path of short-term success rather than a long-term game of risk with potentially more significant upside.

Kavčič has little room for experimenting. The home loss means Slovenia’s match at Cyprus on Sunday is a must-win game for his squad. They will, however, have to do it without Kampl who has already returned to Germany with an ankle injury after the Slovenia vs Bulgaria match.