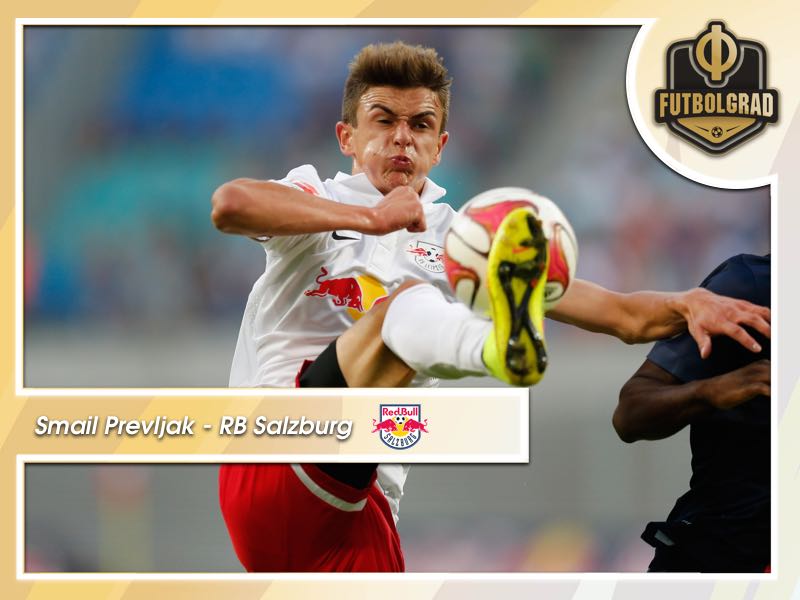 Smail Prevljak – Making the next step at RB Salzburg

Off the bench here, just a few minutes there, it has been tough going for Smail Prevljak at RB Salzburg at times this season. But the Bosnian striker still managed to score ten goals in 23 games this season and with Munas Dabbur leaving the club has a good chance to make the next step at Red Bull Salzburg next season.

In fact, Red Bull Salzburg have been one of the most fascinating football projects in European football, and the club has been excellent developing players and moving them on to bigger clubs. The latest crop to leave the club includes head coach Marco Rose, Dabbur, Hannes Wolf and possibly other key players.

It is the fate of being part of the Red Bull system that talented players are signed and then moved on either to RB Leipzig or sold to the highest bidder in a bigger league. Nonetheless, the club from the Mozartstadt reached the semifinal of the Europa League one year ago and were only narrowly eliminated in the round of 16 of the competition this season, which made the club a hot commodity among sportsbook reviews.

For Smail Prevljak the coming and going could have a big benefit. With RB Salzburg finally qualified for the UEFA Champions League — for the first time since Red Bull took over Austria Salzburg in 2005.

The 24-year-old native of Konjic Bosnia and Hercegovina has been a part of the Red Bull system for some time. In 2013 he joined RB Leipzig from FK Igman but after one year was loaned out to FC Liefering — RB Salzburg’s farm team. In 2017 he was loaned out to SV Mattersburg and scored 16 goals and nine assists in 32 Austria Bundesliga games.

Red Bull’s scouts were convinced, and Smail Prevljak was brought back to Salzburg where he was supposed to be an understudy to Munas Dabbur and Fredrik Gulbrandsen. 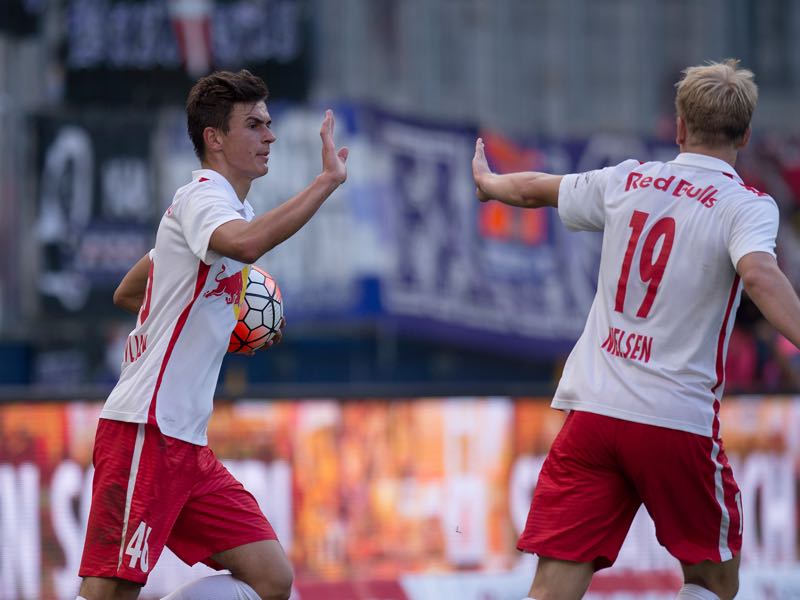 Smail Prevljak (left) and Havard Nielsen (right) of Salzburg celebrate after a goal during the tipico Bundesliga match between RB Salzburg and Austria Wien at Red Bull Arena on August 23, 2015 in Salzburg, Austria. (Photo by Andreas Schaad/Getty Images)

“Smail has developed very well in Mattersburg and had a great goalscoring record,” RB Salzburg sporting director Christoph Freund said to the media last summer. “We are convinced of his potential and have, therefore, signed a long-term contract with the player,” he added.

“I feel at home at FC Red Bull Salzburg, hence I am happy to return,” Smail Prevljak said. “I am looking forward to the coming tasks and will do everything to be successful here. Personally, my goals are to play regularly and score goals,” he added.

Not bad for a player that has just returned from Mattersburg. Furthermore, under new head coach Jesse Marsch RB Salzburg will look at several players to make the next step in their development, including Smail Prevljak.

In fact, in terms of goals per game, Smail Prevljak (0.83) was already more effective than Gulbrandsen (0.61) and Dabbur (0.78). Only super talent Erling Hårland, who spent parts of the season in Norway, was more effective with 0.86 goals per 90 minutes.

Furthermore, with a goal conversion of 30.77%, Smail Prevljak was the most effective striker in the Mozartstadt. The next step, therefore, has to be to not just play more but also carry those numbers over more playing time, not a small task but also an important step as the Bosnian will attempt to fill the void left by the likes of Dabbur.