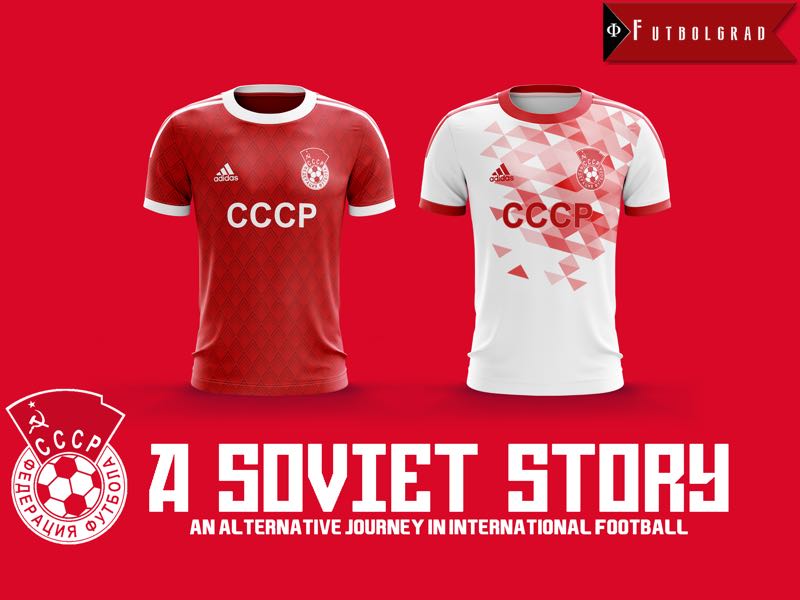 A Soviet Story in an Alternative Football Manager Universe

Eastern European football fans have long pondered what a Soviet national team (Sbornaya) would have looked like, had the Socialist camp not collapsed in the early 1990s. A 1990s team consisting of a young and bright Andrey Arshavin supporting Ukrainian figurehead Andriy Shevchenko would surely be a team that would live long in the hearts of football hipsters everywhere.

If the Iron Curtain had not come down, would fewer young Eastern European talents have found their way into the ranks of Western European clubs? How would the domestic scene look if foreign national rulings had remained in place? What if Luka Modrić had never left Yugoslavia? 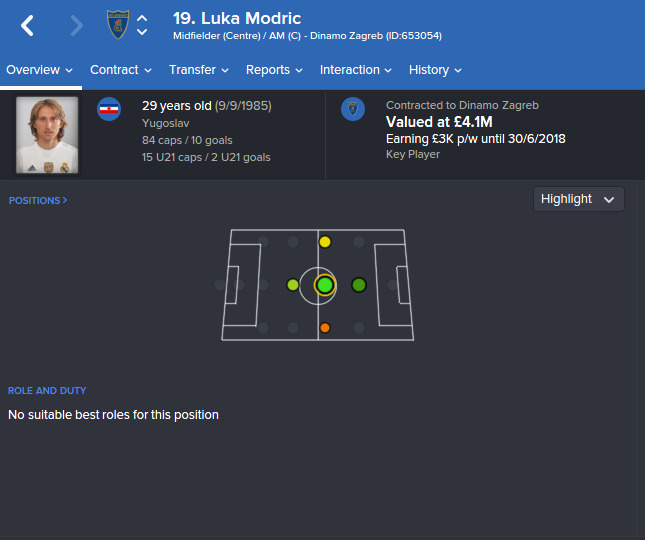 This is the world we will attempt to explore. Using the popular video game Football Manager 2016, and the brilliant Iron Curtain Database, we give ourselves the task of being the national team manager of the Soviet Union, operating in a world in which the Cold War never ended.

Football Manager – The Back in the USSR Database

The database itself is a fantastic creation which sees the reintroduction of the Soviet, Yugoslavian, and East German league systems, along with a unified Czechoslovakia competition. There are also radical changes to the majority of the teams within the former Socialist bloc to any previous names and logos. I have some experience with it already, having used it for my FC Dnipro Dnipropetrovsk Blog. 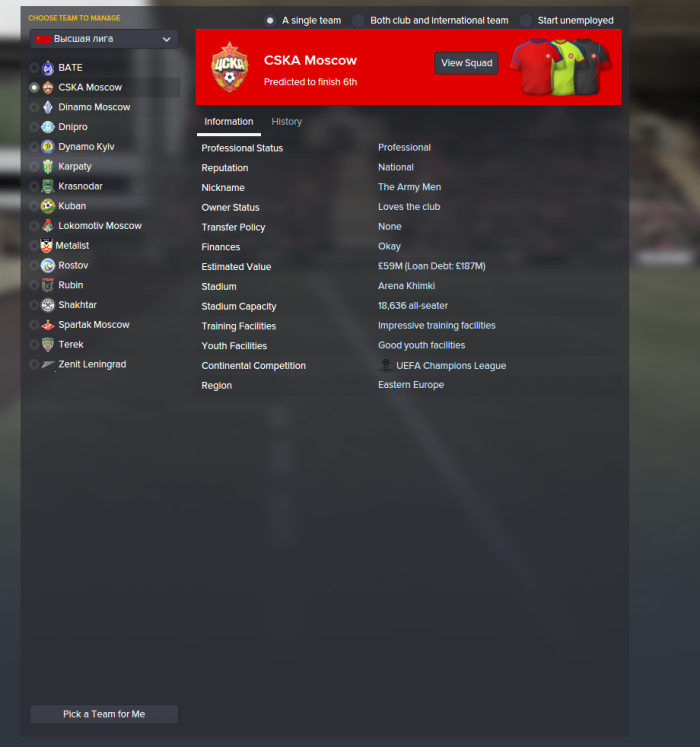 The Soviet Vysshaya Liga in the Football Manager Database

The database also radically changes the structure of the leagues, with an “only three foreign players” ruling put in place in the Soviet Union, and just one foreign player for the Yugoslavian Prva Liga. The vast majority of foreign players are gone, and start the game as free agents.

In their place, players from the club’s academy and “Soviet Nationals” who have been returned to their home clubs or (in the case of players who have Soviet citizenship, but didn’t grow up in their home country) have been placed in clubs where they potentially would have gone through the ranks—one example is Henrikh Mkhitaryan who is returned to Shakhtar Donetsk.

The transfer kitty of each club is limited, meaning that clubs look first and foremost to develop talent, rather than big star name signings. Something that (you’d hope) could only benefit the national team.

Ours will be a story of the journey to World Cup 2018. Due to limitations in the Football Manager database, we cannot guarantee that the competition will be held in the USSR, in fact, a host nation does not get announced in the game until December 2017 (when I ran a test, Yugoslavia became host) when the tournament groups are announced.

If we consider the current difficulties of FIFA, it is easy to envision a world where this World Cup is in such disarray. As a result, all nations play in the qualifying round, which perhaps makes the journey all the more entertaining. (We might not even make it, depending on the World Cup draw!)

So we begin our story in June 2016, five days after the resignation of Leonid Slutsky as Soviet manager, who, despite a decent record (a semi-final defeat to England) in the European Championships in France, feels the time is right to move on. Finding a replacement is tough, especially after such a good tournament, but one name stands out above all, Valery Gazzaev. 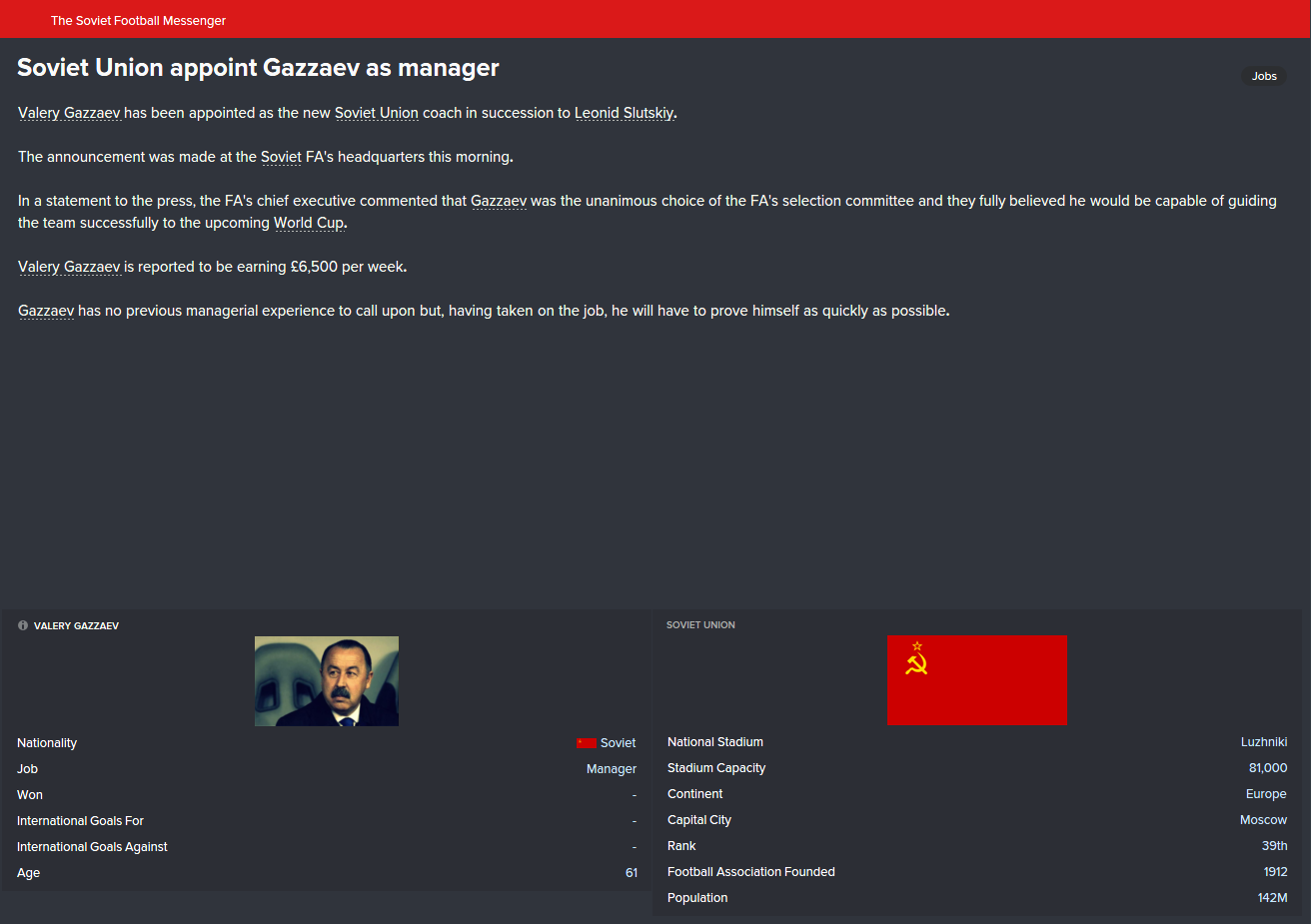 Gazzaev’s appointment as the new manager of the Soviet Sbornaya is official.

Gazzaev has some experience with the national team—he took the position of head coach during a brief stint in 2002-03, before returning to CSKA Moscow—but the opportunity to manage the nation is not something easily turned down, especially with the talented players in the squad.

The headline players are the three attacking midfielders, Andriy Yarmolenko, Henrikh Mkhitaryan, and Yevhen Konoplyanka, although it is a multi-talented squad, if not a little bit unbalanced in terms of age. This will be the first challenge for Gazzaev, as his talented squad’s last hurrah will be the World Cup in two years. Will he be able to be able to bring success, or is the semi-final of the European Championships the greatest achievement this generation of Soviet players will achieve?

The squad of the Sbornaya.

The Soviet national team is dominated by young and old players, leaving a huge gap in the middle.

His first test comes in the September international break, a friendly against Tunisia and Japan—a good opportunity to decide on what tactics will get the best out of his team, whilst also (hopefully) picking up a victory or two. Before then, watching the Soviet Vysshaya Liga and Pervaya Liga will be key for Gazzaev, as he attempts to build a team based not solely on reputation, but rather, a team that rewards good form, especially the likes of Shakhtar Donetsk, who are the league champions of the 2015-16 season. 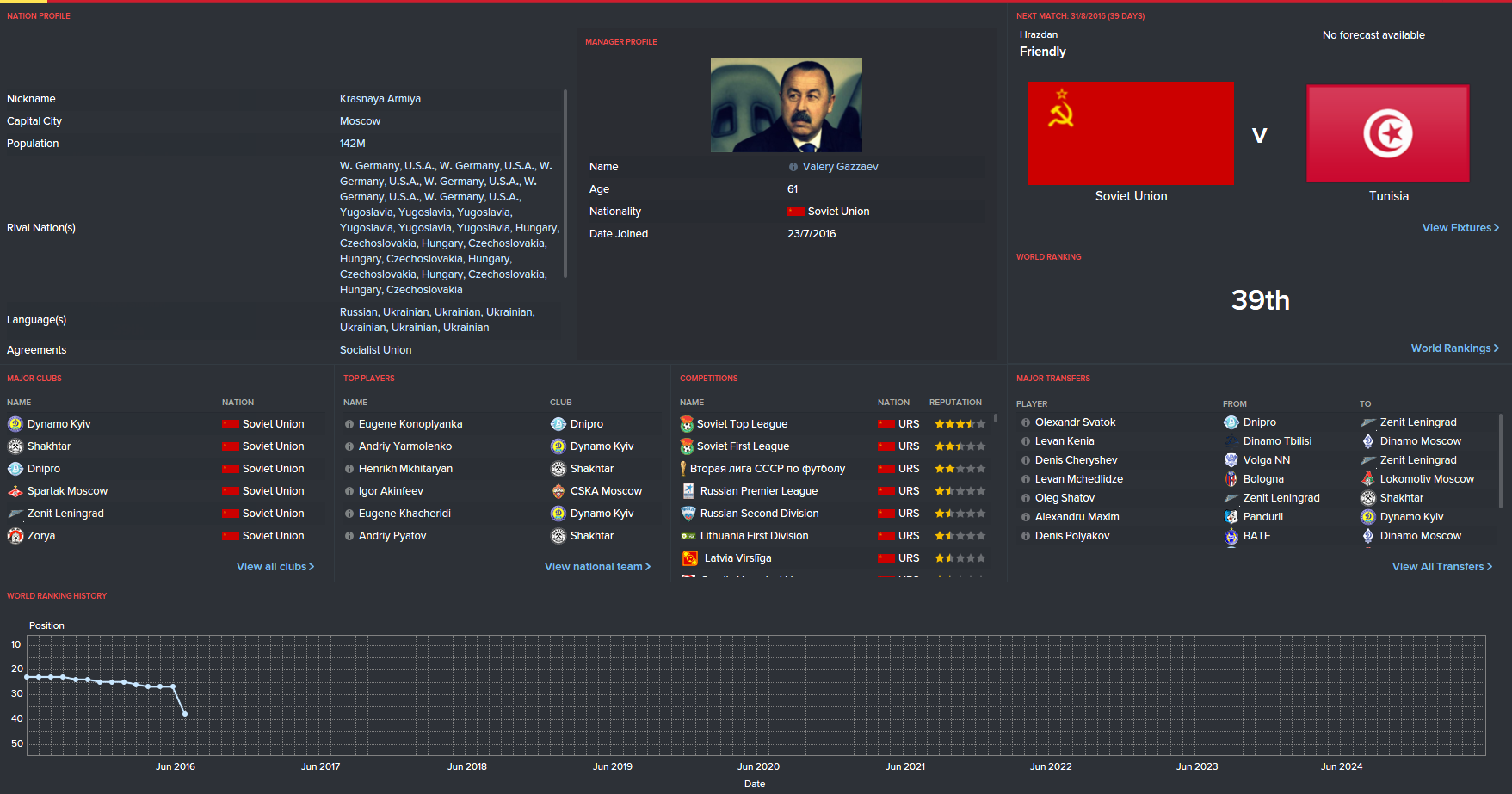 The profile of the Soviet national team.

So begins our journey with the Soviet National Team. How do you think we will do? Will Gazzaev bring through the next generation of Soviet players? Or will the national team fail to reach the same heights as Euro 2016?

We’ll be back soon with an update, until then, thanks for reading.

Chris Brammer is the owner of the excellent Volksrepublik Fußball Blog, which features even more endeavours in the alternative Soviet Football Manager reality. Find him on Twitter @VRFussball