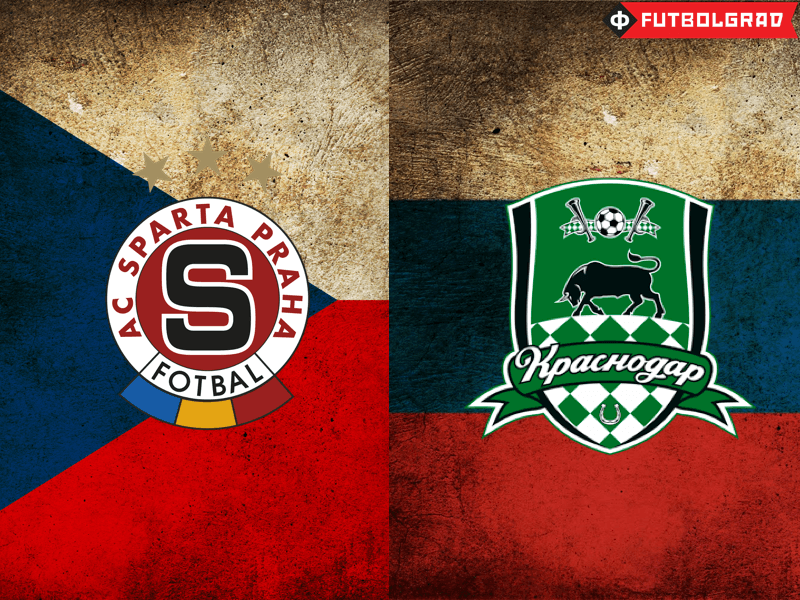 Sparta Praha vs FC Krasnodar will be the first time that the two clubs meet in a competitive game. In some ways, FC Krasnodar was one of the surprise packages in the group stage of the Europa League.

In our Europa League preview, Futbolgrad believed that FC Krasnodar had a good chance to emerge as one of two clubs from the Europa League Group C. In the end, however, FC Krasnodar turned in a surprise performance by topping Group C ahead of the German club and group favourite Borussia Dortmund.

Instead, FC Krasnodar were drawn to Sparta Praha, who finished Group K second, with 12 points, behind FC Schalke 04. Yet Sparta won’t be an easy draw for FC Krasnodar as the Czech record champion got through the group stage undefeated with three draws and three wins.

Furthermore, unlike FC Krasnodar, Sparta already had a competitive fixture this calendar year, as they beat league rivals FC Fastav Zlín 2-1 on February 13. The Czechs are currently second in the Synot liga, three points behind Viktoria Plzeň.

Meanwhile, Krasnodar’s first league game will not be until March 5, which means that the two matches against Sparta will be the first two competitive games for the Russians in this calendar year. Krasnodar—they are currently fifth in the Russian Football Premier League, seven points behind league leaders CSKA Moscow—have been preparing for the match against Sparta Praha in Marbella, Spain where they have played several friendly matches in an attempt to compensate for their recent lack of competitive football.

Despite the fact that this will be Krasnodar’s first competitive match, Kransodar’s Uzbek midfielder, Odil Ahmedov, is adamant that Krasnodar will be going all out and will aim for a victory in the first leg: “A good result in Prague? Of course a victory. We hope to show that we can play the better football.” At the same time Ahmedov warns, “There are no weak teams in the playoffs of the Europa League. Sparta is not an easy team [to play]. From what we have seen they organize their game well and have good speed.”

Meanwhile, Sparta’s coach Zdenek Ščasný believes that Krasnodar could be one of the major competitors in this year’s Europa League season: “We have seen all of the last test matches, as well as all of the games in the Europa League. The strengths of Krasnodar are very good in developing the game from the back, and they have a very strong attack. We highly respect the Russians, as they can go very far in the Europa League—unless of course we knock them out.”

Krasnodar’s results in the Europa League, so far, do indeed highlight the probability that the round of 32 will not be the end of the journey for the Russian club. Perhaps the biggest disadvantage is the fact that Krasnodar has not yet played a competitive match in 2016—as we have seen in the past, the long Russian winter break is often the biggest hindrance for Russian clubs in the early stages of the playoffs in European competitions.

Hence, Futbolgrad believes that Krasnodar will aim to achieve at least a draw in the Czech Republic, in order to gain the opportunity to secure the round of 16 with a win at home in Krasnodar one week later.