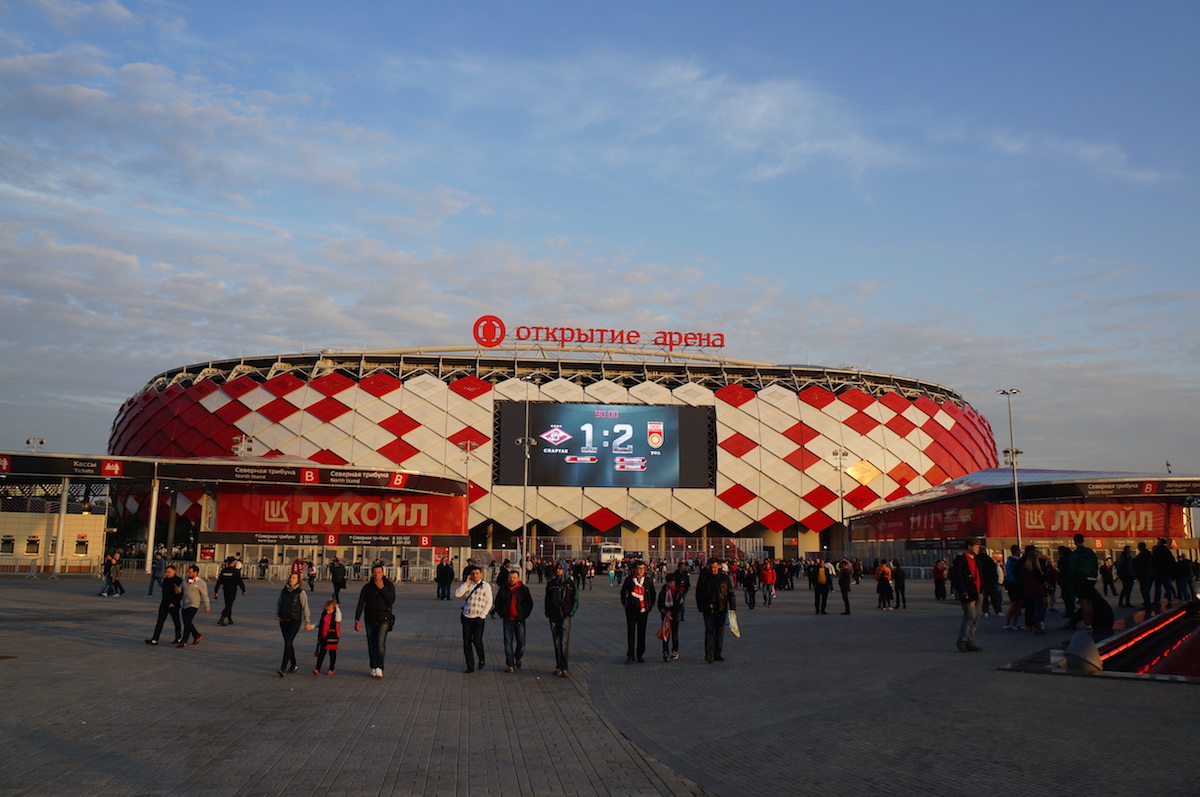 The opening of the Otkrytie Arena at the beginning of the season was supposed to herald a new era at Spartak Moscow. The first season at the new arena, has however, been a disaster that accumulated in this Saturday’s showing against relegation candidate FK Ufa, a game that was lost 2-1.

Days before the match on May 21 long-time chairman and owner Leonid Fedun announced that he would step down from his position at the club. Fedun, who has owned the club since 2004, stated that it was time “to give authority to professionals, who may be more successful and competent in leading the people’s team to titles.”

While Fedun has done an incredible job in terms of bringing new infrastructure to the club, such as a new youth academy, improved training facilities, as well as the above-mentioned Otkrytie Arena, his time in power will also be remembered as a period when the club didn’t secure a single title.

The game against Ufa was perhaps the best metaphor for Fedun’s long reign at the helm of the club. While Spartak equalized an early lead by the relegation candidate, Ufa was able to add a second goal before half time. The second half turned out to be a series of slapstick attacking movements none of which appeared to have an equalizer in mind. This suggests that Spartak’s players were either playing against their Swiss coach Murat Yakin or that they did simply not want to hurt Ufa’s survival chances.

While Yakin will surely be out of a job by the end of the season, the bigger question is about Fedun’s continued financial support of the club. Fedun has since stated that he will continue financing Spartak Moscow. But as Russian business paper Kommersant reported on May 22, Fedun has never been the real owner of Spartak anyways. Instead the major shareholder of the team is Vagit Alekperov, who also is the majority shareholder of Spartak’s sponsor LUKOil.

Fedun is also a shareholder at Russia’s largest independent oil company, and has been long considered the right hand man of Alekperov. It is the connection with LUKOil in particular that has made many specialists such as the well-known NTV-Plus sports commentator Vasily Utkin suggest that: “it was not time to end the time of figureheads, and that it was time for Alekperov to assume responsibility at Spartak.”

The allegations that Alekperov is the real owner at Spartak have since strongly been denied by Alekperov himself, who stressed that LUKoil was nothing but a sponsor at Spartak Moscow, and that he had no interest in running the club. At the same time, however, the rumours of LUKoil’s real influence at the club have continued, and it is undeniable that sponsors such as the Otkrytie Bank that sponsors Spartak’s stadium are connected to LUKoil.

Through the subsidiary IFD-Kapital’, LUKoil owns 19.9% of the bank making them the second largest shareholder. This suggests that LUKoil’s, and subsequently Alekperov’s, influence at the club are much larger than the oil magnate is letting on.

But where will this leave Spartak if Fedun decides to not only step down from the club but to also end financing the club altogether? The fact that Alekperov is refusing to take an official role at the club suggests that Spartak could be for sale at the near future, leaving the future of a club that was once called the people’s team in doubt.