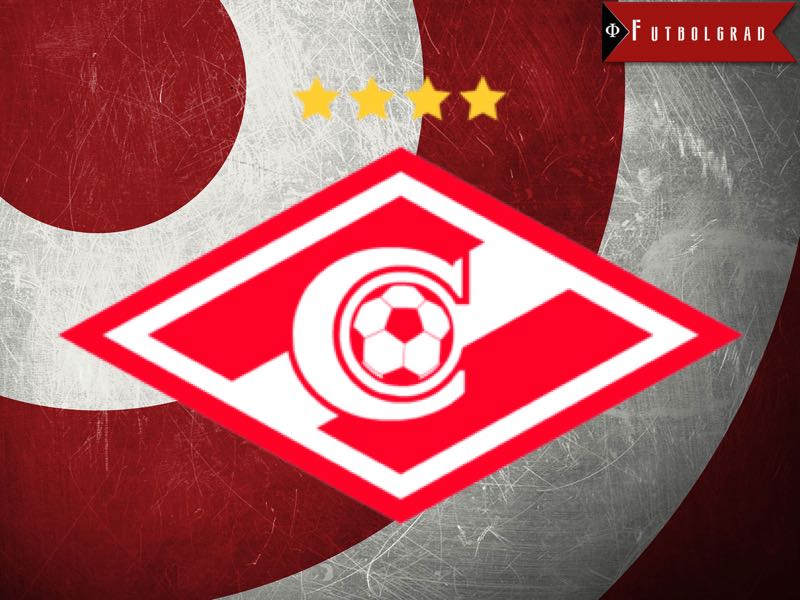 Everything seemed to be perfect for Spartak Moscow one week ago. They had just defeated Zenit at home and were ten points clear on top of the Russian Football Premier League. Many believed that this was it and that even Spartak could not gamble away a ten-point lead with just seven games to go.

What followed was a humbling 3-0 defeat to FC Rostov this weekend. CSKA at the same time managed a convincing 2-0 victory away against FC Ufa. As a result, the gap on top of the table had shrunken to just seven points.

Perhaps even worse then the results this weekend was the fact that Spartak could now be without Denis Glushakov for up to three games. The midfielder was shown a red card for a bad foul against Christian Noboa and could face a ban of up to three matches. In theory, this could mean that the midfielder could miss the all-Moscow Derby against CSKA next weekend. 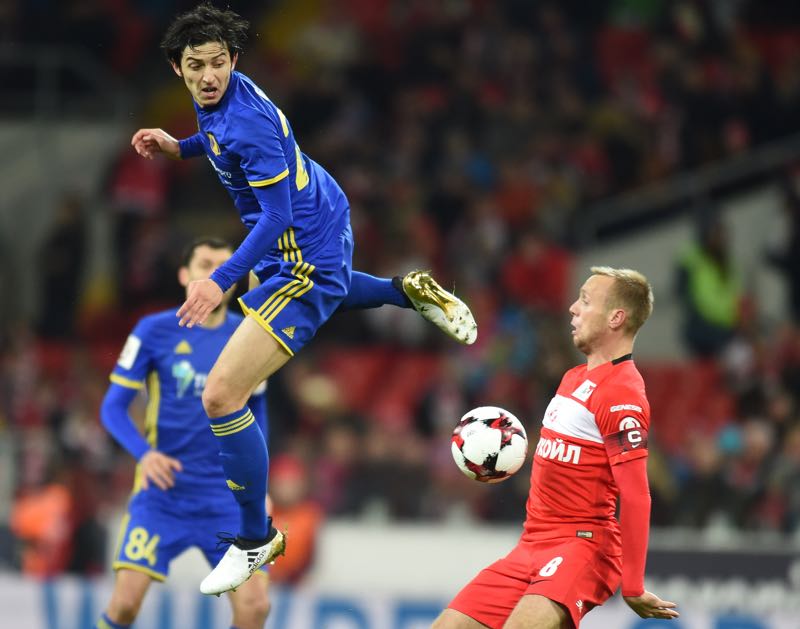 Glushakov’s absence would be a significant loss for Spartak Moscow indeed, as Glushakov has been one of many key players in Spartak’s line-up. At the same time, Spartak’s head coach Massimo Carrera has been excellent when it comes to adjusting his line-ups when necessary.

Carrera has recently begun experimenting with a 3-4-3 setup, which has given Spartak some tactical depth. His squad can now quickly switch between the 3-4-3 and 4-2-3-1 system, and as a result, there should be enough depth to compensate the loss of Glushakov in the coming games. Ananidze, for example, could be pulled back to play as a number eight with the likes of Roman Zobnin or Lorenzo Melgarejo taking his position further up the field.

There should, therefore, be enough tactical depth to compensate the loss of Glushakov. Especially as his absence will likely only have a significant impact in the match against CSKA Moscow next weekend. Spartak, in fact, will face a depleted Ural Yekaterinburg on Tuesday. The Uraltsy were on the wrong end of a referee controversy this weekend when they had Eric Bicfalvi, Roman Emelyanov, and Roman Pavlyuchenko sent off in their 2-0 defeat to Zenit Saint Petersburg.

Bicfalvi especially will be hard to replace for the Yekaterinburg club, and with Spartak having shown in the past that they can re-bound from surprising defeats should make the most of his absence when they host Ural on Tuesday night. After that, they will face CSKA Moscow away on Sunday.

A defeat there could narrow the gap to four points—maybe less depending on the midweek results. Sure a midweek loss or even a draw should get Spartak fans worried. But while this is unlikely to happen it would not be a major cause for concern.

Spartak have an easy match schedule

Spartak will have four matches left to see out their title challenge following the game against CSKA, and a quick glance at the schedule shows that they are in the driver’s seat to win the title. Following the derby against CSKA Spartak will host Tom Tomsk, travel to Amkar Perm, host Terek, and then have their final game against Arsenal Tula away.

Massimo Carrera’s tactical flexibility, and the easy match calendar will be a major advantage for Spartak. (Photo by Epsilon/Getty Images)

CSKA Moscow in the meantime will have a much tougher mountain to climb until the end of the season. The Armeitsy will face Lokomotiv Moscow on Wednesday, and it would not be a major surprise if they drop points there. Then following their match against Spartak CSKA will play Amkar Perm away, Arsenal Tula at home, Rubin Kazan on the road, and then Anzhi Makhachkala on the final matchday.

CSKA Moscow may, in fact, have to look behind them when it comes to ensuring that they will lock up that final Champions League spot. Zenit have recently moved into the new Krestovsky Arena, and like Spartak have a relatively easy match schedule until the end of the season with the only potential stumbling block being Krasnodar, who they face on May 17. Until then Zenit will travel to Orenburg and Tom Tomsk, host Grozny, go to Krylia Sovetov Samara before hosting Krasnodar. Zenit will then play their final match against Lokomotiv in Moscow.

With all this in mind, Spartak’s recent performance against Rostov will certainly become just a minor bump on the way to their first title since 2001. Carrera’s ability to have his squad rebound after difficult matches, the team depth, and the game schedule means that the followers would need a minor miracle to overcome Spartak.

Manuel Veth is a freelance journalist and podcaster for WorldFootballIndex.com. He is also a holder of a Doctorate of Philosophy in History from King’s College London, and his thesis is titled: “Selling the People’s Game: Football’s transition from Communism to Capitalism in the Soviet Union and its Successor States,” which will be available in print soon. Originally from Munich, Manuel has lived in Amsterdam, Kyiv, Moscow, Tbilisi, London, and currently is located in Victoria BC, Canada.  Follow Manuel on Twitter @homosovieticus.