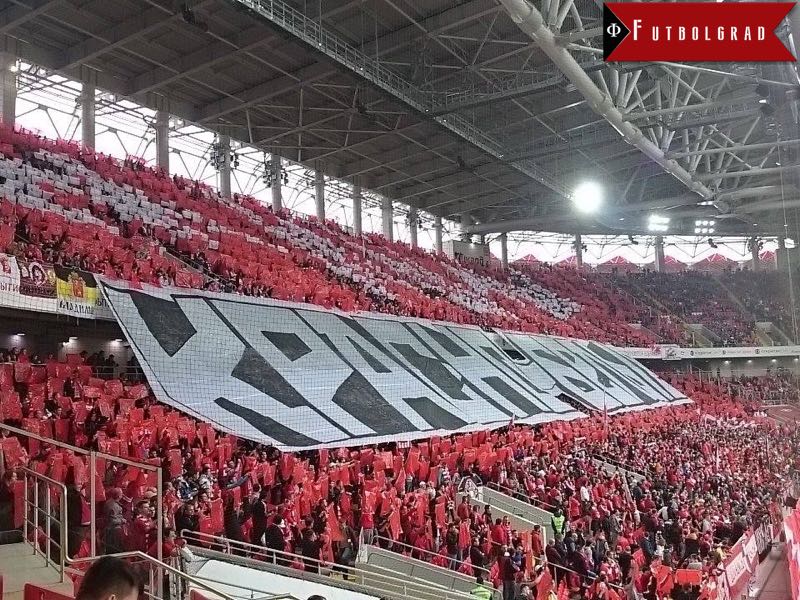 On April 30 I watched Spartak’s Zé Luís score a stoppage time goal at Lokomotiv Stadium in Moscow, making the score 2:0 for Spartak in the Moscow derby against Lokomotiv. His goal meant that Spartak, and not Lokomotiv, would reach the Europa League, thanks to better results in head-to-head games with the Red-Greens (Loko won the first match with a 2:1 score).

The result also meant that Spartak’s manager, Dmitri Alenichev, would be allowed to keep his job—Alenichev was then fired after a loss to AEK Larnaca in the third qualifying round of the Europa League.

Alenichev and Cherevchenko had a lot in common. Both were inexperienced, both had played for the clubs they coached, and both teams played cautious and not very entertaining football. Their appointment and dismissals also showed the similarities of Spartak and Lokomotiv’s problems. Both clubs have gone through a number of coaching changes, and the list of coaches that were with both clubs reads like a who is who of European football (Valeri Karpin, Unai Emery, Murat Yakin, Alenichev, Yuri Kraznozhan, José Couceiro, Slaven Bilic, Leonid Kuchuk, Miodrag Božović, Cherevchenko).

Every time a new coach was hired, a new philosophy was announced with great fanfare. Alenichev’s appointment at Spartak is a perfect example of this, as he was supposed to rekindle the typical Spartak spirit.

But after just one season, Leonid Fedun had already given up on the young coach, and was trying to hire Kurban Berdyev. Berdyev is a successful coach, whose philosophy and coaching style is heterogeneous, and Fedun believed that Berdyev’s flexibility could re-kindle Spartak’s attacking style football. 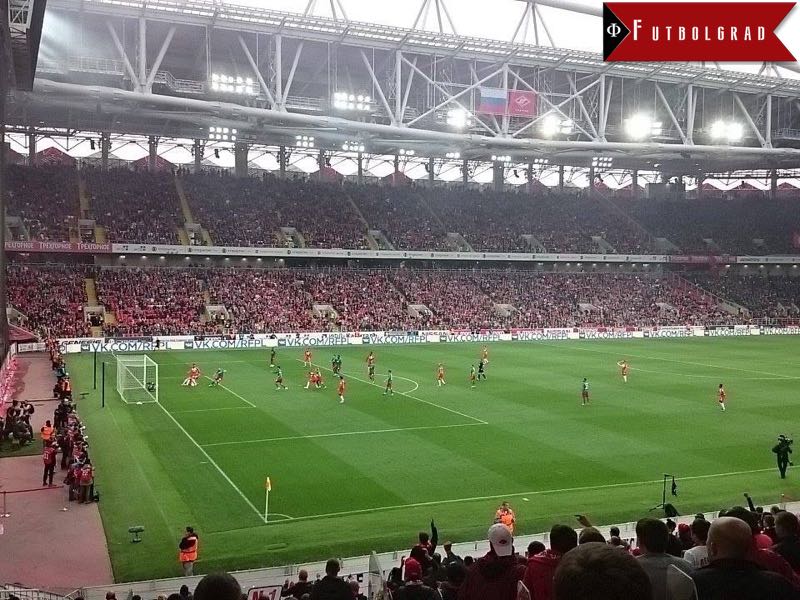 But Fedun failed to make a deal with Berdyev. According to the Russian media, Fedun wasn’t willing to grant the amount authority Berdyev demanded. The media also suspected that Lokomotiv had contacted Berdyev and had failed to make an agreement as well. The entire scenario was a farce, as both Spartak and Lokomotiv had coaches under contract, and what is the point of giving young coaches a chance and firing them after just one season just because a star coach is suddenly available?

Ultimately, the final decisions on selection of head coaches have a lot to do with strategy. Instead of signing Berdyev, Spartak appointed Massimo Carrera this summer. The Italian, who was originally hired to assist Alenichev, made drastic changes to the coaching staff, firing among others, assistant Dmitry Ananko, and he has already suggested that some other changes would come as well. Indeed, it looks as though Fedun had always wanted Carrera to become the new head coach, and that the negotiation for Berdyev was just a passing fancy.

Lokomotiv – With Semin back to the future?

Lokomotiv Moscow opted to appoint club legend, Yuri Semin, who coached Qäbälä, Mordovia Saransk and Anzhi Makhachkala after leaving Lokomotiv in 2010. It remains to be seen whether he can improve their results in the long run, but he did manage to win his first game in charge against Krasnodar.

Lokomotiv’s management didn’t just rely on its legendary status and made its own improvements to the infrastructure of the club: They brought a new fast-food chain to the stadium to replace tasteless hot dogs that were served in the past. They printed pictures of season ticket holders on the squad numbers. Also, they improved the relationship between the club and their fan base that in recent years has become somewhat estranged from the club.

In a further move to make the club more attractive to its fans, Lokomotiv also bought the expensively priced tickets to the game against Spartak Moscow, and re-sold them to their fans at a third of the cost.

While the Red-Greens succeed in attracting their fans, Spartak is on top of the table and won four of their five games so far in the Russian Football Premier League (RFPL). In some ways it looks like we are back to the 1990s when both clubs were regularly on top of the table.

Indeed, with both teams on top of the table, this was the perfect occasion for what is often deemed the smallest Moscow derby—the match receives far less attention then Spartak vs Dinamo or Spartak vs CSKA Moscow.

The game confirmed the ambitions of both teams. Spartak looked much stronger and showed why their title ambitions are not just empty words. After Hulk’s departure there is no doubt that Spartak’s Quincy Promes is the best attacking player in the league. Lokomotiv players could not cover him properly, they could not defend against him and they let him create the only goal.

Spartak vs Lokomotiv – Spartak won the match, but Loko fans won on the stands…

While Spartak won the match, Lokomotiv fans stole the battle of the fans, as they could be heard at the stadium full of Spartak supporters—that was the biggest achievement of the Red-Greens.

Lokomotiv’s management can be pleased that their effort to have as many Loko supporters in the ground as possible, was not wasted, but Lokomotiv’s prospects in the league are still at issue. Their biggest star, Alexandr Samedov, was substituted after 45 minutes, while the talented Alexey Miranchuk failed to show (people consider him the next Dmitri Loskov, who was one of the biggest legends at Lokomotiv Moscow, and the face of the club’s most successful period in the 2000s).

Having won the derby against Lokomotiv, Spartak will now have to prove their title ambitions against tougher opponents like CSKA Moscow, and Zenit Saint Petersburg.

Lokomotiv, meanwhile are just ranked ninth now and, instead of looking to the top of the table, should quickly start collecting points. Dinamo Moscow’s relegation to the Football National League showed that the drop to the bottom of the table can come faster than expected, and Semin will now have to get the club in order to move back to the top of the table, where by all indications Loko belongs.