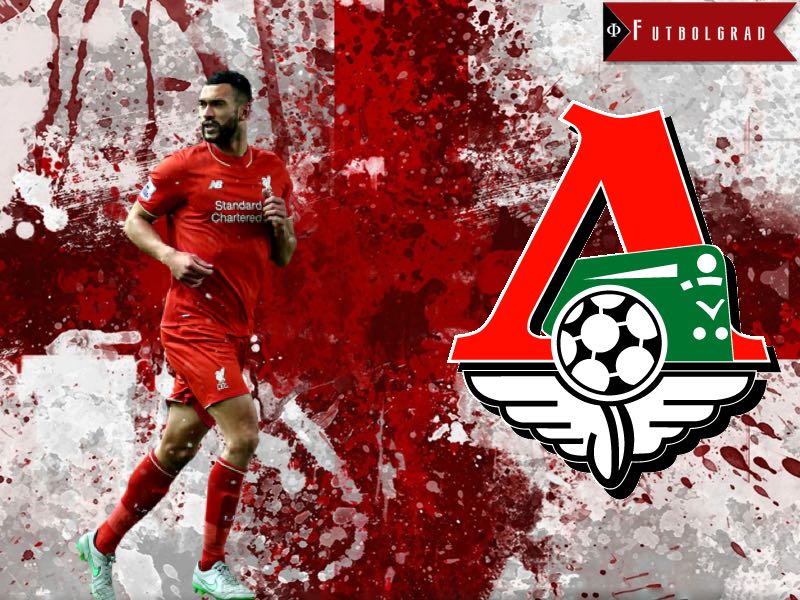 Steven Caulker – From England to Moscow with Love

Steven Caulker becomes only the second English player in the Russian Football Premier League after he joined Lokomotiv Moscow. Russian players on the other hand have been a staple product within the English game for many years now. Even before the glitz and glamour of the English Premier League we can find Russian, and other post-Soviet footballers plying their trade in England’s old Football League structure.

Sergei Baltacha was the first player from the (then) Soviet Union to grace the English game—moving from Dynamo Kyiv to Ipswich Town in 1988. His move paved the way for others such as Andrei Kanchelskis, Dmitri Kharine and more recently, Andrei Arshavin.

Movement in the other direction has been rare, however. Former Arsenal youth, and Tottenham Hotspur senior player, David Bentley has been the only English export to Russia. However, all that looks likely to change with one of the more obscure January transfers for some time.

Steven Caulker joins Lokomotiv after a journeyman career in England

Steven Caulker has joined Lokomotiv Moscow, from Championship side Queens Park Rangers, on loan until the end of the season. Caulker joined his Loko teammates at their training camp in Marbella on Monday and is understood to have undergone a medical—the finalisation of the paperwork is expected to be completed by the end of this week.

This move will see the 25-year-old join his ninth senior club, and a as a result the phrase ‘journeyman’ seems almost made for the London born Centre Back. What makes this an even stranger move by Loko is that Caulker has not played for QPR since October 2016. He has not even made a substitute appearance. Caulker hasn’t been named in their matchday squad since October 10 2016, when he played a full 90 minutes in the 0-2 home defeat to Brentford Town.

QPR are currently languishing in 19th place in England’s second tier, only eight points above the relegation zone. With a severe lack of match fitness, and an expected adaptation delay to bring himself up to speed with the Russian game, it may take Caulker half of the remaining Matchdays to become productive at centre back.

Steven Caulker is an all-round sportsman

Almost as bizarre as this move is the player’s past. Steven Caulker is an all-round sportsman, gifted in the field of athletics he was a 400m champion as a boy and a career in Athletics looked likely. He turned his back on track and field, however, in pursuit of every teenage boys dream—to become a professional footballer.

Caulker’s sporting prowess shone through early—initially a central midfielder it was a swap by his then youth coach to centre back which propelled Caulker into the eyes of watching scouts. Growing up and playing in London there were many scouts present at youth fixtures and it wasn’t long before the powerful defender had attracted attention from several professional clubs.

Turning down a chance to join Champions League qualified Chelsea in 2007 it was Tottenham Hotspur he chose to join that summer. His athletic strength stood him in good stead as it wasn’t long before the U-16 player found himself playing up with the U-18s and only one season later he was their captain. Impressing whilst playing for the Tottenham Reserve side his was offered a full contract as soon as he turned 18 in 2009.

It was from this time that Caulker’s road in football became a long one. Sent out to Yeovil Town for a season long loan in 2009-10 Tottenham wanted Caulker to gain experience—that he did, making 44 appearances over the season it was exactly what the Spurs staff had envisaged. A more practiced Caulker returned to White Hart Lane ready for action and it was not long before he was given his chance.

Then Spurs manager, Harry Redknapp, gave Caulker his full debut against North London rivals Arsenal in an English League Cup match. Although Spurs were thrashed 4-1 by Arsenal Caulker had made it, he had his senior appearance. Surprisingly though only five days later the defender was loaned out again, this time to another lower league club Bristol City.

Loan spells continued to be interrupted by a return to Tottenham. It wasn’t until season 2012-13 that Caulker finally, and consistently, broke into the full Spurs line-up. It looked like the centre back had finally found his role within the side. He went on to make 18 Premier League appearances, graced the European stage with six outings in the Europa League and he even received an international call-up—marking his debut with a goal. Unfortunately for Caulker it was Zlatan Ibrahimović who stole the headlines, the striker scoring an amazing bicycle kick in a fixture that Sweden ran out 4-2 winners—Caulker never played for England again. 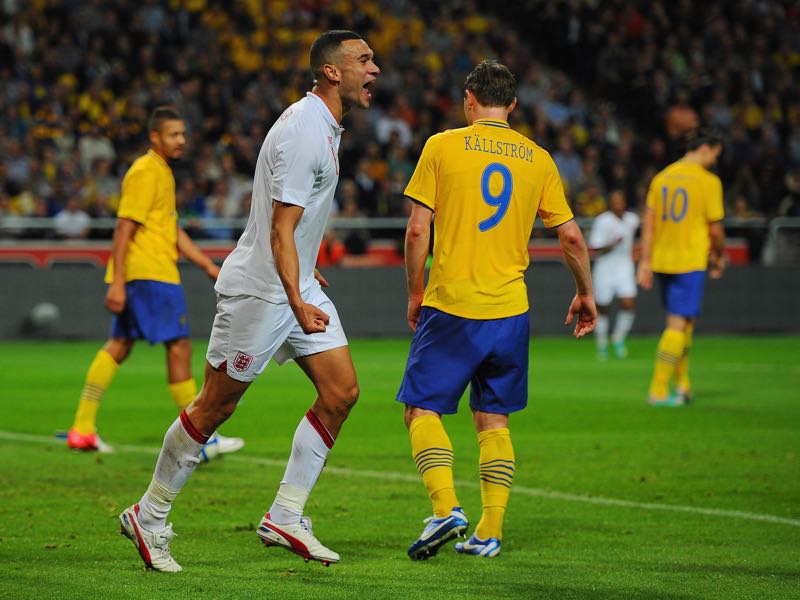 Steven Caulker of England celebrates scoring to make it 2-1 during the international friendly match between Sweden and England at the Friends Arena on November 14, 2012 in Stockholm, Sweden. (Photo by Michael Regan/Getty Images)

In the summer of 2013 he left Tottenham to join newly promoted Cardiff City. Even though Caulker had Premier League experience it wasn’t enough to help Cardiff stay in the league and after only one season the Welsh side were relegated. Caulker, determined to stay in the top flight, left Cardiff after one season and joined newly promoted Queens Park Rangers.

Caulker’s luck was out and even with a standout season at the back he was unable to stop his new side from being relegated. The centre back had suffered back to back relegations with different clubs.

A loan move to Southampton followed where he failed to impress but surprisingly it was Jürgen Klopp who came to his rescue. The German made Caulker the first signing of his Liverpool tenure. The Londoner’s loan from QPR to Southampton was terminated in January 2016 and he joined Liverpool on a six-month loan.

Caulker made four appearances for the Reds but February 2016 was the last time he was seen in front of the Kop. He never played for Liverpool again and wasn’t named in the matchday squad for the remainder of his stay—eventually leaving at the end of May as the ‘forgotten man of Anfield’.

With a similar story to matchday inclusion at QPR this season his departure, whilst somewhat expected, is exceptionally surprising given the location of this latest loan.

Lokomotiv will now have another strong option at the back

Caulker’s move to Loko will provide the Railwaymen with another natural centre back. With only Vedran Ćorluka and Nemanja Pejčinović as natural defensive centres it does make sense for Yuri Semin’s side to draft in cover.

The Londoner will bring an aerial presence, exceptionally strong in the air he adds a considerable wall for opposing teams to play over. His height and strength also make him a credible danger from set pieces. Overall he notched 12 goals for his many clubs, his return at the opposite end of the pitch in the air can be as valuable as his ability to clear his lines.

However, if pressured Steven Caulker does has a tendency to misplace his pass—he can also be found wanting if up against particularly talented flair players. With a sometimes-baffling decision making process of when to tackle and when to jockey, an area of weakness could be exploited by any tricky opposition.

With Caulker’s stumbling past he now has an opportunity to wipe the slate clean with Loko. Will he be able to take this chance, or, will it be another mystery as to why the defender who promised so much disappeared again so soon?

Combining coaching with writing Chris’ time is spent covering football from all angles.  Having been a regular at Liverpool FC since the late 80s he also has a passion for the Bundesliga and all things German.  Contributing to a number of local, national and international publications he is focused on analysis and the stories behind the goals.  He can be found somewhere between the Kop and Yellow Wall. Follow Chris Williams on Twitter: @Chris78Williams