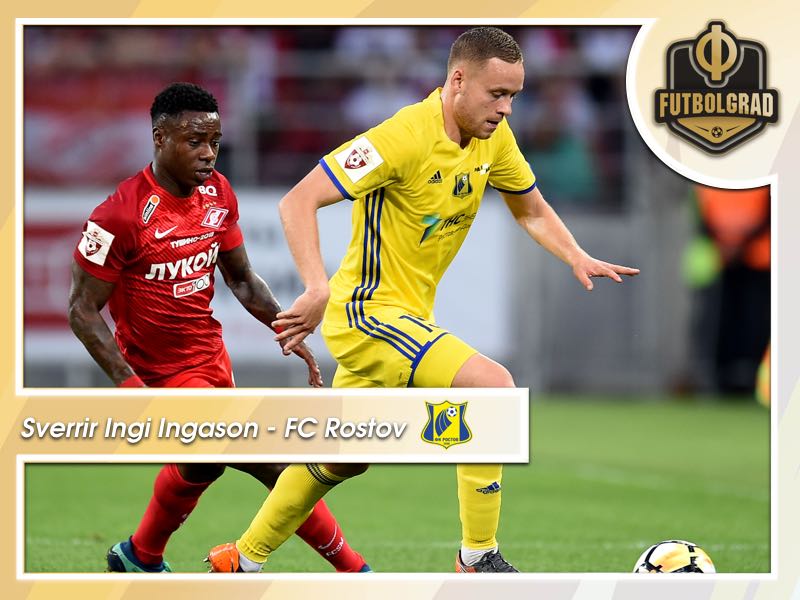 Observers of the Russian Premier League with some nostalgia remember FC Rostov’s miracle run during the 2015/16 season that was only stopped on the final matchday as CSKA Moscow ended up winning the title. After two seasons in the obscurity, Rostov are once again the feel-good story of Russian football and Icelandic defender Sverrir Ingi Ingason is one of the main reasons for the club’s success.

After matchday 10 of the Russian Premier Liga Rostov are third, even on 18-points with fourth-placed Spartak Moscow. Seven points behind league leaders Zenit and one point behind second-placed Krasnodar Rostov have conceded just four goals in the first ten games of the season. Always a low scoring league the defence first approach is not just used by Rostov – but head coach Valeri Karpin has built a defensive bulwark in Rostov not seen since Kurban Berdyev led the club.

Predominantly lining up in a 3-5-2 formation, which turns into a 5-3-2 when Rostov defend Karpin has taken a leaf from Icelandic playbook. With Ragnar Sigurdsson, Sverrir Ingi Ingason, Vidar Örn Kjartansson and Björn Sigurdarson Rostov have currently four players from Iceland under contract.

Relying on Iceland players makes sense for Rostov. The Icelandic national team often plays with a defensive attitude trying to launch forward when winning the ball. It is a tactical system, and attitude, that also works for FC Rostov. Hence, there is quite a bit of the Strákarnir okkar in the current Rostov side.

Ingason’s post-World Cup life with the Icelandic national team has not been much better. The defender featured in both of Iceland’s UEFA Nations League games this season and was part of the heavy 6-0 defeat against Switzerland and the 0-3 loss to Belgium. Nonetheless, there is a bit of a cult following when it comes to Sverrir Ingi Ingason in Iceland.

The Rejkyavik based homepage Grapevine included Sverrir Ingi Ingason among the up-and-coming defenders of the national team. The paper wrote that “Sverrir Ingi “The Kneecapper” Ingason”  has the following special skills: “immoveable objectness, stoney stares, nuclear tackles.” Furthermore, the ““The Kneecapper” has his eyes on ascending the pecking order should Iceland’s ageing central shield-wall pairing of old warhorse Kári Arnason (35) and Ragnar Sigurðsson (31) start to wobble,” the paper wrote further.

Published in June his ascend in the national team has been somewhat slowed down by recent results and he was not included in the squad when Iceland drew France 2-2 and failed to gain any playing time when the Strákarnir okkar were relegated after losing 2-1 to Switzerland on October 15.

While Sverrir Ingi Ingason Whoscored.com rating is just 5.60 he has been key for the Selmashi’s success. The defender is currently the highest ranked Rostov player on Whoscored.com with a player rating of 7.31.

There seems to be an odd discrepancy between his ratings for the national team and his performances for Rostov. For Iceland, Sverrir Ingi Ingason has managed a pass completion of 82.8% in the two UEFA Nations League games he featured in. That is five per cent more than what he averaged for Rostov all season. 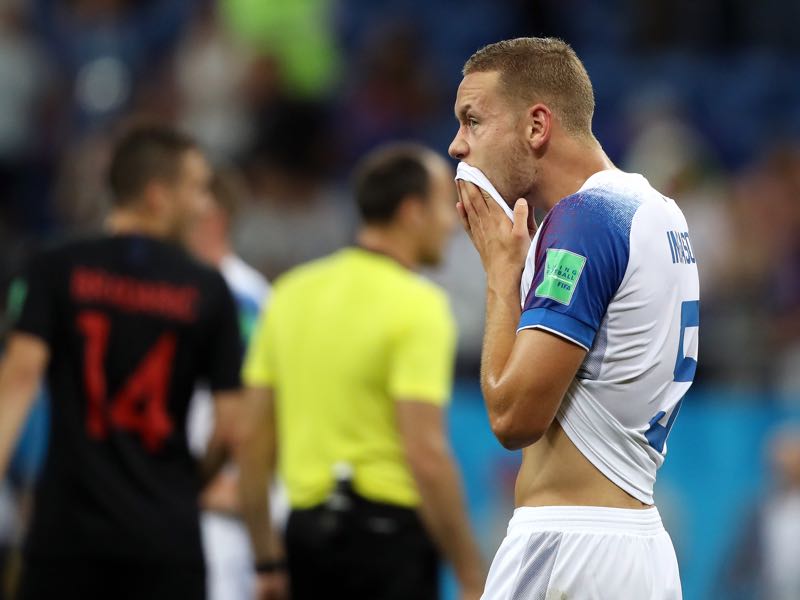 The passing numbers, however, are the only value in which Ingason’s Iceland performances outperform his playing level for Rostov. By mid-October, Ingason has played all 900 minutes for Rostov averaging 2 tackles a game and 2.6 clearances a game. Both rates are higher than what he achieved for Iceland in the Nations League (1.5 tackles and 0.5 clearances).

Perhaps the difference is in the system. Against both Switzerland and Belgium Iceland lined up with four in the back. In that system, Sverrir Ingi Ingason was the left centre-back in the four-man defence. A role that he still struggles to come to terms with – especially since he usually plays the centre-role in Valeri Karpin’s three-man defence.

For Rostov Ingason almost plays like a quarterback and leads the team with 6.8 long passes and 63 passes overall played per game. Furthermore, his defensive partners in the three-man defence, Ragnar Sigurdsson and Maciej Wilusz, closely follow Ingason in that department. Sigurdsson averages 56.6 passes per game and Wilusz 51.5 passes per game both also play 5.5 long balls, on average, per game the second most after Sverrir Ingi Ingason.

Those numbers say much about Rostov’s game. The Selmashi try to play the ball quickly forward when winning possession trying to overwhelm the opposition with a quick transition game. The three centre-backs are key in that game plan and Ingason, in particular, acts like a quarterback. It is a fascinating approach that could once again lead to a strong finish by Rostov and could also be a good example on how Iceland could be playing going forward.