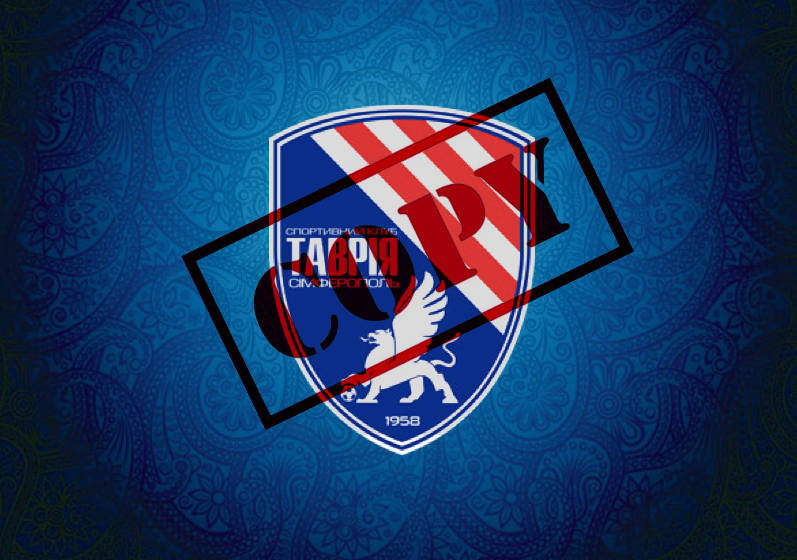 While one Tavriya side recently began competing in the newly formed independent Crimean league, another club looks set for a revival – albeit not in its hometown of Simferopol. On June 23 Futbolgrad reported that the Football Federation of Ukraine planned to resurrect SC Tavriya Simferopol—the original club ceased to exist following the Russian annexation of Crimea—in the Ukrainian city of Kherson.

Last week Serhiy Kunitsyn, the former president of the club and a current Vice-President of the FFU, spoke about the project to a local Kherson news website. According to Kunitsyn, the planned resurrection has received support from former Tavriya players who are now playing for other Ukrainian teams (such as Zeljko Ljubenović of Zorya and Anton Shinder of Vorskla) as well as players who have remained in the annexed region.

Kunitsyn also revealed that Tavriya, who were the first-ever Ukrainian league champions post-independence, are not planning to re-enter the Ukrainian league pyramid from the lower levels. He said, “[Instead] we are looking for a legal procedure with members of the FFU so that Tavryia can immediately play in the Premier League.”

In addition, FFU President Andriy Pavelko suggested that all other UPL teams loan some of their players to ensure Tavriya’s successful revival as a top-flight club.

It should not be overlooked that Kherson, which was chosen as the site of the new Tavriya due to its geographical proximity to Crimea, already has a professional football team: FC Krsytal Kherson, who play in the Druha Liha (Second League), the third highest division in Ukrainian football.

When asked about the already-existing Kherson club, Kunitsyn simply responded, “We have no questions about Krystal, let them live and play in the second league,” and even suggested that they become a Tavriya farm team.

There have also been unconfirmed reports that UEFA, under its HatTrick football development program, will assist with the construction of a brand new stadium for Tavriya.

The entire project raises the question of why the resurrected Tavriya is getting such preferential treatment from FFU authorities. While teams like Metalist Kharkiv and Metalurh Zaporizhya are struggling to stay afloat, Tavriya is receiving financial assistance to build an entirely new stadium. On top of that, they being fast-tracked back into the Premier League. Other dissolved Ukrainian clubs, such as Arsenal Kyiv, were forced to start at the Druha Liha when they were revived.

Of course, the Tavriya case is unique. They were dissolved not because of financial concerns but for political reasons, as the Russian annexation made their continued existence within the Ukrainian league system untenable.

The project, therefore, appears to be a symbolic gesture designed to demonstrate that Crimea remains part of Ukraine. The survival of a historical Crimean institution such as Tavriya in the Ukrainian league reinforces this belief, even though the club are temporarily forced to move from the peninsula.

Whatever the reasons for the efforts directed toward the resurrection of SC Tavriya Simferopol, the enthusiasm and support on the part of the authorities suggest that it will soon become a reality. As Kunitsyn put it, “If I take something up, I bring it to completion. If I didn’t believe in it, I would not have taken it on. And believing in a victory is being halfway to victory.”