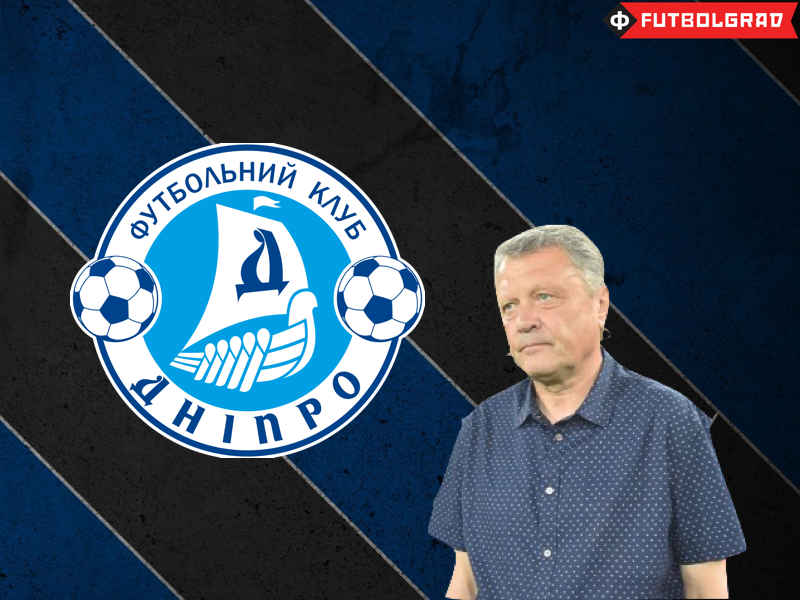 The Decline of Dnipro Dnipropetrovsk

December 10th, Dnipro Dnipropetrovsk played their first European match in front of their home fans since a 1-0 defeat of Napoli in May sent them through to the Europa League final. As a result of a pitch invasion following that victory, UEFA punished Dnipro with a two match stadium ban, which means that Thursday’s match against Rosenborg was the first time all season that their supporters were able to see last year’s finalists in European competition.

Fewer than 5,000 showed up. By that point, Dnipro Dnipropetrovsk had already been eliminated, having picked up just four points in their first five matches. A convincing 3-0 victory was just a consolation.

Few expected Dnipro to replicate their form of last season and embark on another deep European run, but this campaign was a massive disappointment. Their domestic performances have also been abysmal. As the Ukrainian Premier League begins its long three month winter break, Dnipro sit in fourth place with just one victory in their past five matches—a sharp decline for a club that last season was on the verge of glory in Europe and was competing for a Champions League spot at home.

It was already evident in the summer that Dnipro was facing a difficult season. Three of the club’s key performers, (Yevhen Konoplyanka, Nikola Kalinic, and Jaba Kankava), left for Western European leagues, and the management was slow to replace them. 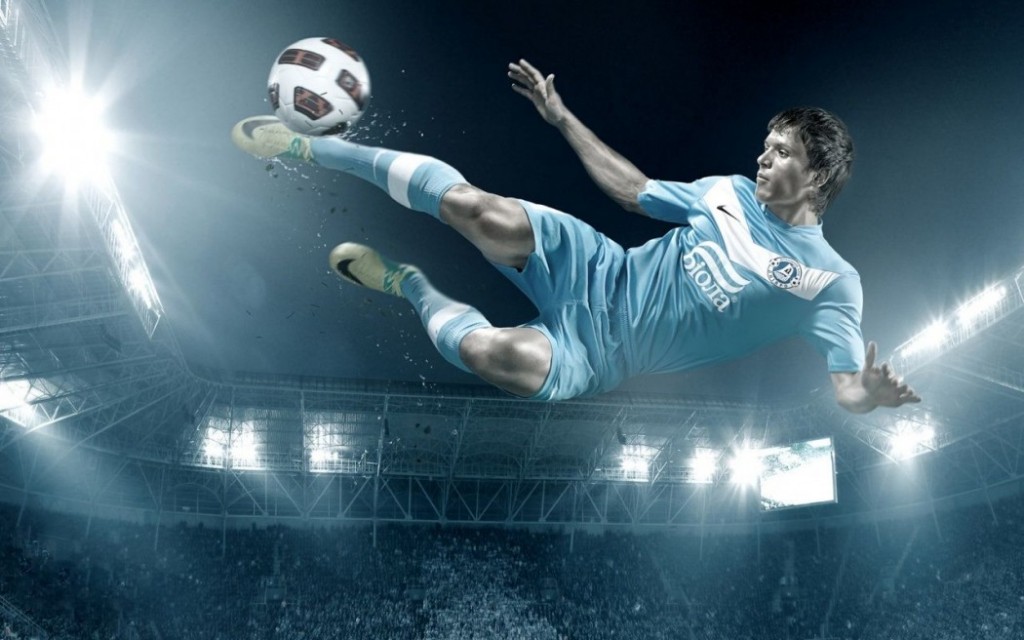 Manager Myron Markevych took issue with the lack of transfer activity, and following a 2-1 loss to Dynamo Kyiv in August, announced his intention to resign. His resignation was not accepted, and Dnipro’s season appeared to be getting back on track several days later after an impressive 2-0 victory over Shakhtar.

But the improvement was short-lived; Dnipro did end up bringing in multiple new signings, but none of them have lived up to expectations. The Brazilian attacking midfielder, Danilo Sousa, started brightly, but has failed to establish himself in the starting eleven, and appears mainly as a substitute. In Dnipro’s loss to Volyn last weekend, he suffered the humiliation of coming on at halftime, only to be substituted again in the 78th minute.

Wingers John Jairo Ruiz from Costa Rica and Michael Babatunde from Nigeria barely get any playing time at all, and the enigmatic Anderson Pico—who had made just thirteen appearances from Brazilian side Flamengo in the last two seasons—has shown flashes of brilliance but little consistency, aside from his long throw-ins.

Markevych has rarely shied away from criticizing the club’s transfer policy and the individual performances of his players. After a 0-0 draw with Chornomorets in November, he told reporters: “The main players have gone, and the new ones just aren’t up to it. This is obvious, and we shouldn’t delude ourselves. We need to understand what exactly we want and what kind of team we want to see in Dnipropetrovsk. If it’s the one we have now, then that’s how the team will play. If it’s a more serious team, then everything needs to be taken and treated more seriously.”

When asked how he sees the future at Dnipro, after his side’s 1-0 loss to Volyn on the eve of the winter break, Markevych replied bluntly, “I don’t see one at all… Frankly, this team is a spent force. For Dnipro to continue being Dnipro, the team needs to be seriously taken care of. I have repeatedly said this and I am saying it now.”

Markevych’s frequent criticisms and complaints have drawn the ire of the fans. Last week a group of Dnipro ultras published an open letter accusing the manager of “crossing the line of tact and respect.” 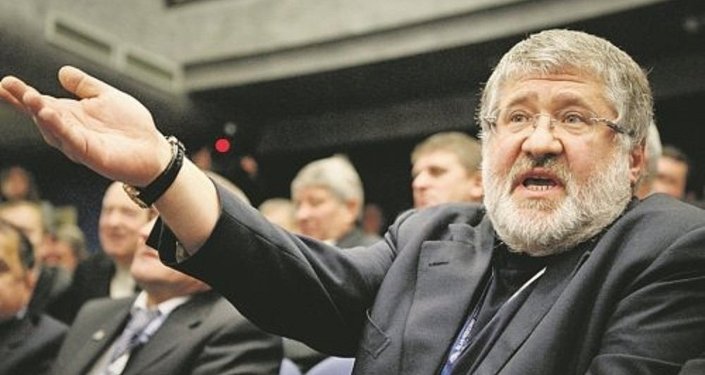 But the bulk of the letter was directed at owner and president Ihor Kolomoyskyi and general director Andriy Stetsenko, who were criticized for their lack of commitment to the club. Kolomoyskyi, the powerful oligarch and second richest man in Ukraine, has not spoken publicly about Dnipro in months, and his insufficient investment has left the club in a precarious position.

Financial Troubles May Lead to Expulsion by UEFA

Beyond the failure to adequately replace the departed stars over the summer, the club is now also having trouble paying wages on time. Last week, Stetsenko addressed these concerns in an interview with glavcom.ua, in which he claimed that there are no financial problems at Dnipro and that any issues related to wages will be dealt with “sooner or later.” Despite his claims, the club have already been fined €100,000 by UEFA and will be banned from European competition for one season if they do not clear their debts to other clubs and its employees, which total €1,742,000, by the end of January.

Stetsenko also assured supporters that Kolomoyskyi has no intention of abandoning Dnipro and will continue to provide financing, albeit not as much as before. In addition, he dismissed rumors that any players who wished to leave would be allowed to do so freely in the winter.

Nevertheless, there is plenty of cause for concern. Babatunde, Danilo, and Ukrainian midfielder Valeriy Fedorchuk will all leave in the winter, and by Stetsenko’s own admission, no reinforcements are expected. Furthermore, Brazilian central defender Douglas has been heavily linked with a move to Turkish side Beşiktaş and, according to agent Vadym Shabliy, goalkeeper Denys Boyko is also on the radar of multiple clubs in Western Europe.

If Douglas and Bokyo leave the club during the winter, Dnipro will be left with a shell of the side that narrowly lost to Sevilla in the Europa League final. Markevych has made no secret of his desire to leave, but given that he would have to pay the club $1 million in compensation if he breaks his contract, he appears, for the time being, resigned to his fate. 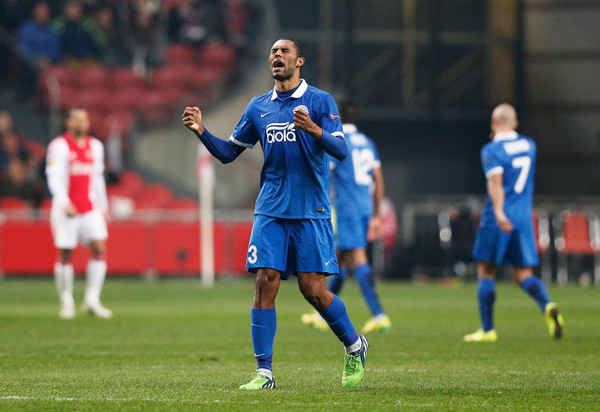 Could Douglas be the next high profile player to leave the club? – Image via Zimbio

“I had a conversation with the general director,” Markevych said to Terrikon. “He told me that Kolomoyskyi is not accepting any resignations. I was assured that the president intends to build a new team that is capable of challenging—maybe not now, but in the summer.”

For now, however, Dnipro have completely dropped out of the battle for Champions League qualification and are struggling to retain the bronze medal. They are six points back of Zorya Luhansk and have already lost to Zorya, Vorskla Poltava, and Volyn Lutsk—all direct challengers for the Europa league spots.

Although the situation in Dnipropetrovsk is not as severe as the one facing rivals Metalist Kharkiv, Dnipro’s current plight is emblematic of the difficulties that face football in the country. While Dynamo and Shakhtar have always dominated, not too long ago, clubs like Dnipro, Metalist, and Chornomorets kept the race competitive and were capable of putting together respectable European performances. Now, all but the big two are struggling financially, and to remain afloat, some have even resorted to becoming farm clubs. As Dnipro’s decline continues, Ukrainian football is edging precipitously close to all-out collapse. So far, no one is doing anything to stop it.