Pictures by François Jacquemin, and text by Manuel Veth –

Copșa Mică (also known as Kleinkopisch, or Kiskapus) is a small town located in Transylvania. It is here where Futbolgrad’s Balkan Football Tour begins. Located at the centre of Romania, the town exhibits post-communist decay. The small stadium is located among smoke stacks that bring back memories from communist “progress.” In many ways Copșa Mică is a reminder that now, 25 years after the fall of communism, many smaller communities still struggle to catch up with the post-communist world. 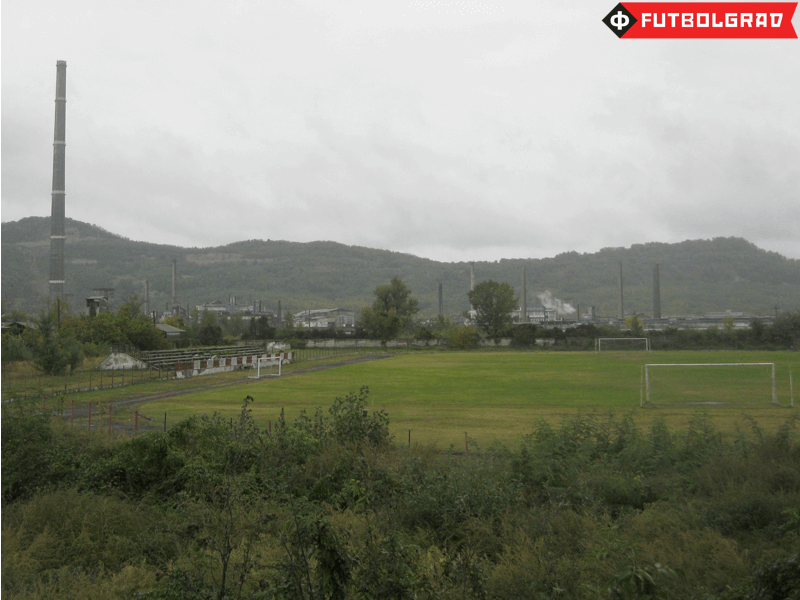 From Copșa Mică, Futbolgrad heads southwest to Bihać in Bosnia and Herzegovina, a town which is located right on the border to Croatia. Bihać is home to the Prva liga team NK Jedinstvo. The club’s Pod Borićima Stadium has an official capacity of 16,000, with most of the seats located on a single grand stand. 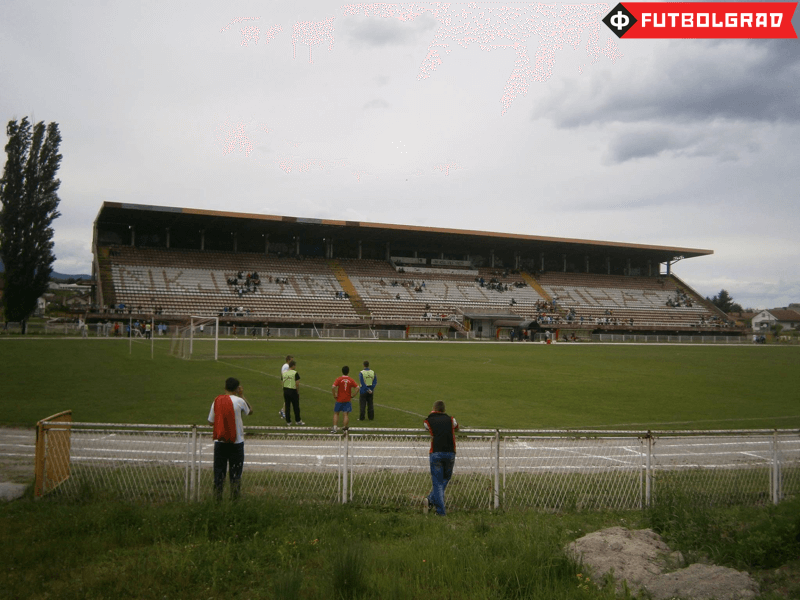 The Pod Borićima Stadium in Bihać – Image by François Jacquemin 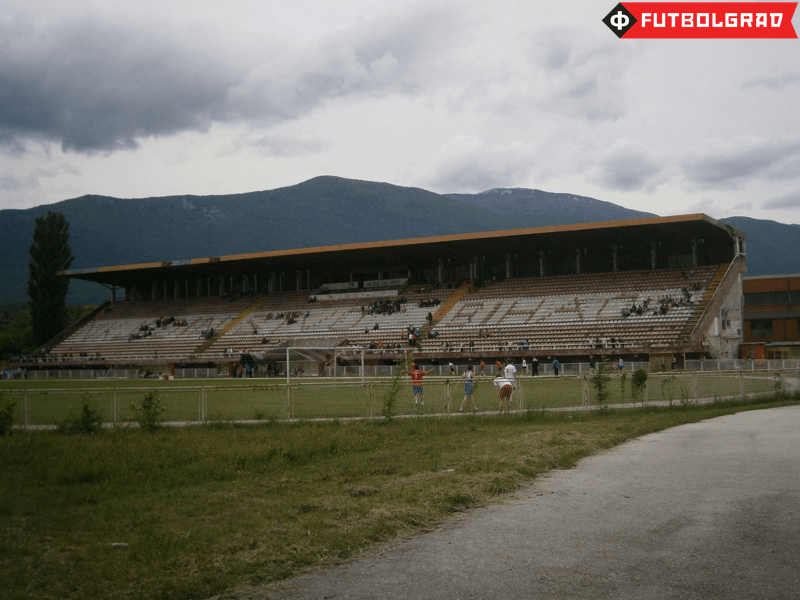 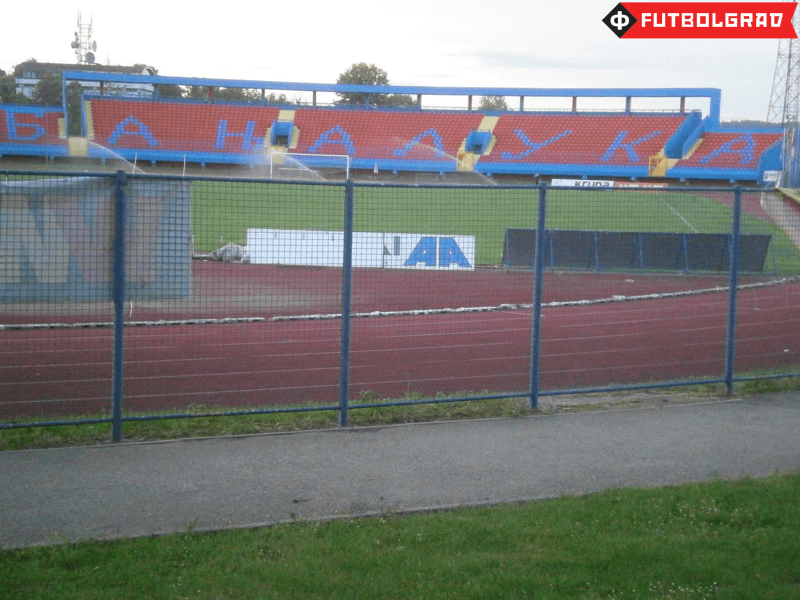 The next stop on Futbolgrad’s Balkan tour is the capital of the Republic of Macedonia where we visit the Philipp II Arena. The Philipp II Arena is home to the country’s biggest club Vardar Skopje, as well as the Macedonian national team. Built in 1947 the stadium was renovated in 2011, and now has a capacity of 33,460. Further work into the infrastructure is planned, and as the picture highlights, more work will be necessary to completely shake off the communist past of the facility. 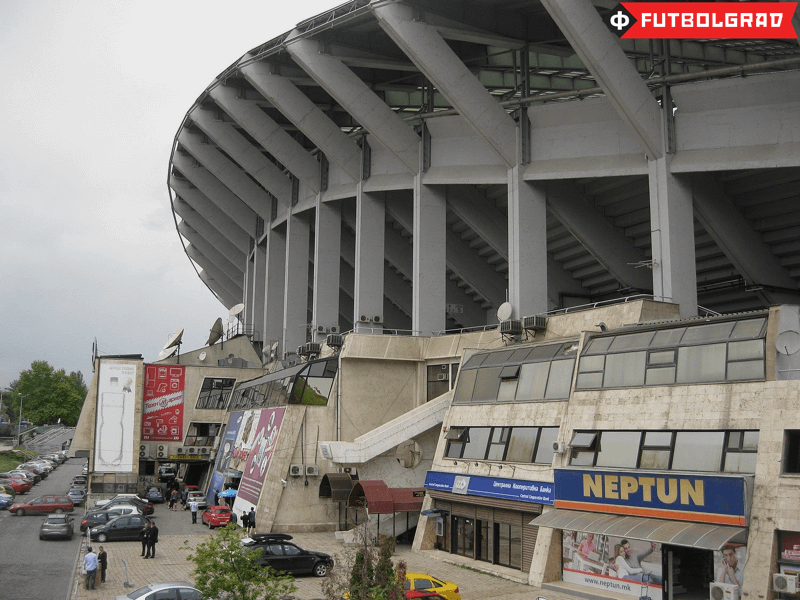 The Philipp II Arena in Skopje – Image via François Jacquemin

From Skopje we travel to Prilep, home of the football club FK Pobeda 2010. Pobeda plays all its home games in the 1941-built Goce Delčev stadium. The club was founded in 2010—as Viktorija—after its predecessor Pobeda was banned by FIFA after the club was found guilty of match-fixing against Armenian side Pyunik Yerevan in the 2004 UEFA Champions League. In 2015 Viktorija was renamed Pobeda, and the club states that they are the official successor of the previous Pobeda and have claimed all the titles and records of the former club. Legally, however, they are a new club and the Football Federation of Macedonia refers to Pobeda as a new entity. Pobeda’s original ban by FIFA is set to expire in the 2017-18 seasons, and there are rumours that at that point Pobeda 2010 will simply merge with the old Pobeda in order to formerly reclaim all titles. 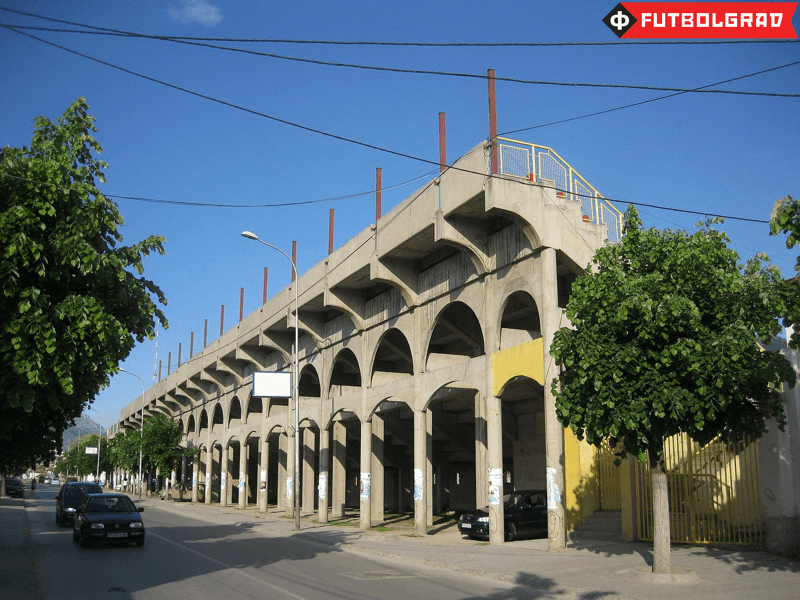 The outside of the Goce Delçev Stadium – Image by François Jacquemin 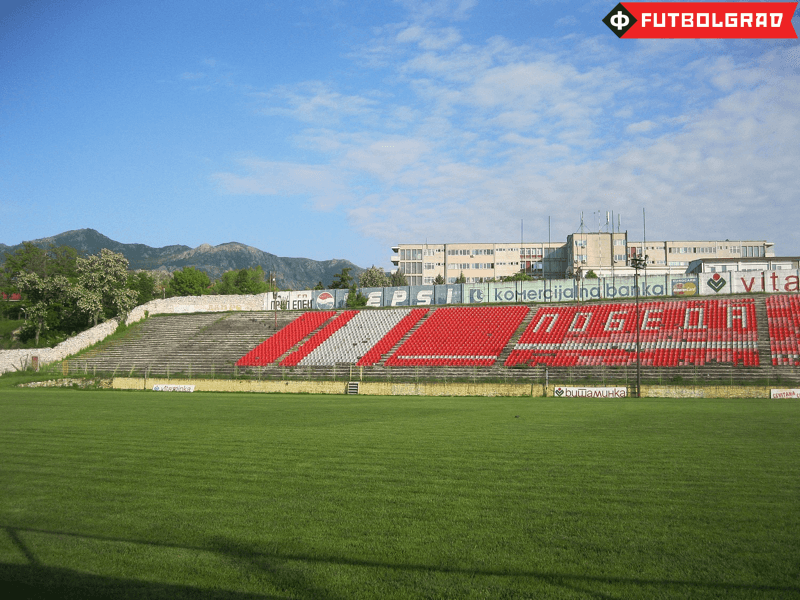 Finally we travel up north to Maribor in Slovenia. Maribor is home to Slovenia’s most successful club, NK Maribor. Slovenia is the first post-communist country to enter the Eurozone, and the post-Yugoslav republic is in many ways the most modern and westernized in the region. Despite its modern looks NK Maribor’s Ljudski vrt stadium was actually constructed in 1961, but its architectural design give it the look and feel of a modern football stadium. There are plans to extensively renovate the facility, as there have been issues with the foundation of the stadium’s west stand. In 2015 the stadium barely passed through the UEFA Champions League inspection. 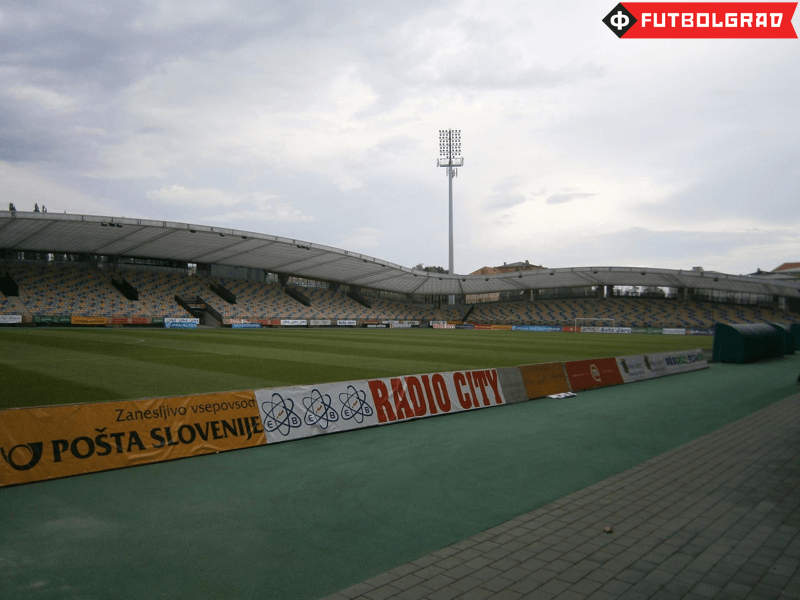 It is in Slovenia that we end our Balkan Football Tour, but stay tuned for more travel and history. If you would like to see your photos turned into a photo feature please contact our Editor in Chief Manuel Veth.

François Jacquemin is a groundhopper from Lille, France, who has a special interest in Eastern European football.