This year’s Champions League Round of 16 paired two of the most interesting football projects of Europe against each other. On the one hand were Borussia Dortmund, a club that had to rebuild its squad with mostly untested young players after narrowly avoiding bankruptcy in 2004, whilst on the other were Shakhtar Donetsk, have pieced together one of the most exciting teams in Europe using the financial wealth of oligarch Rinat Akhmetov. In the end it was Dortmund that came out victorious, after a 2-2 draw in Donetsk and a 3-0 victory in Dortmund three weeks later – the second game closer than the score line suggests.

Akhmetov’s football project in the Donbass Region, a coal rich area in the eastern part of the country, has been fascinating; the ultimate goal simple – to bring the Champions League title to the region. The connections between politics and football have been very well documented in Jacob Preuss’ documentary The Other Chelsea – A Story from Donetsk. Here, Preuss highlights the importance of Shakhtar’s success for regional politics – the club has, in fact has become a symbol for the entire region.

Shakhtar were a mainstay in the Soviet Supreme League, but the club was a typical grey mouse, usually finishing in the middle of the table without any major success in the league whilst accumulating a reasonable, if unspectacular, tally of four cup wins. After the fall of communism the club played second fiddle to Ukraine’s biggest club, Dinamo Kiev. Then in 1995 the Shakhtar owner Akhat Bragin was assassinated during a football match.

As Izvestiia reported at the time, Akhat Bragin’s was part of a struggle between various mafia groups over the economic control of the Donbass Region

Akhmetov, who at the time was Bragin’s right hand man, thereafter began to take control of Bragin’s business activities in the Donbass region. Within two years Akhmetov had also taken over the centrepiece of Bragin’s business empire: Shakhtar Donetsk. Today, Akhmetov’s involvement with the club has been synonymous with the purchase of highly talented players from South America. But the Shakhtar Code is more complex; already in 1999 the club had opened a new youth facility in which 3,000 children could train. Furthermore, Akhmetov provided funds for a brand new training base – the Kirsha Training Complex – which today is considered as one of the most modern training facilities in Europe.

Scala: The End of Communism

Much of Shakhtar’s modern approach coincided with the appointment in 2002 of the Italian Nevio Scala as head coach, who was able to win the club’s first Ukrainian Premier League title. Scala was let go after he failed to qualify the club for the UEFA Champions League the following season. However, as World Soccer reported,  Scala had been important because he introduced modern training structures at the club –which remains his legacy, or as former Shakhtar player Andriy Vorobey said: “Communism ended at Shakhtar with the arrival of Scala.”

After Scala, the club brought in another foreigner to coach the team when they hired the German Bernd Schuster. But, just like Scala, Schuster failed to bring any European success and was released after just one season. Then arrived the Romanian Mircea Lucescu.

Lucescu’s mission was simple: to bring European glory to the Donbass Region. To accomplish this, Lucescu – with the help of Akhmetov’s seemingly unlimited funds – completely transformed Shakhtar’s football operations. The Kirsha training facility was expanded, and the club hired foreign specialists. The Dutchman, Patrick van Leeuwen, was brought in from Feyenoord Rotterdam to modernize Shakhtar’s youth academy, whilst Joe Palmer was recruited from Manchester United to update Shakhtar’s image – Palmer had been fundamental in constructing the Manchester United brand. Under Palmer the club introduced a club philosophy, which includes the ambition to become one of Europe’s leading clubs. 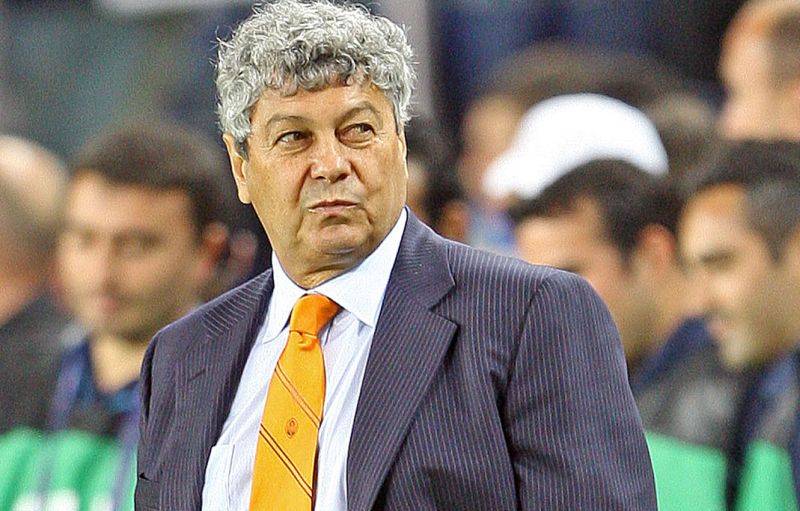 This goal was to be achieved by relying both on the tradition of the club as a fundamental part of the Ukrainian Donbass Region, whilst also becoming an ambassador for Ukraine as a whole. The latter element was made part of the club’s official philosophy, but nonetheless could be difficult to achieve due to internal division in the country.  In a way the club philosophy is reminiscent of FC Barcelona’s notion of “more than a club.” This was to be achieved by blending the best available talent from abroad with the best young players from the Ukraine.

Under the guidance of Lucescu the club won its first European title with the UEFA Cup in 2009 when the club defeated Werder Bremen in Istanbul, beating Dinamo Kiev in an era-defining semi-final. Lucescu had built a squad that combined South American offensive flair with sturdy Eastern European defenders. Just months after the success in Istanbul the club also moved into a new football stadium: the Donbass Arena.

At a cost of £256 million, and with a capacity of 51,504, the stadium was the first in Eastern Europe to be constructed according to UEFA elite standards

Indeed the stadium looks futuristic and has become a symbol of modernization and regional pride. Furthermore, Akhmetov maintained a balance by both investing in infrastructure and players; according to World Soccer, Shakhtar’s annual budget stands at £64.5 million, with another £6.5 million invested in Shakhtar’s youth academy. The pieces all appear to be in place: Shakhtar had arrived at a level that would place them among Europe’s elite.

This season everything pointed towards a successful Champions League season; Shakhtar were able to qualify for the round of 16, after progressing from a very difficult group with Juventus Turin, Chelsea FC, and the Danish club FC Nordsjælland. But then came Dortmund.

After the Dortmund game, Shakhtar coach Lucescu suggested that the club would have to introduce new blood. Lucescu is right. In the winter transfer window Shakhtar sold the Brazilian Willian for €35 million to the Russian club Anzhi Makhachkala, yet they are still an amazing offensive machine. Shakhtar have also re-invested some of the money received for Willian, and brought in another Brazilian: Taison, from Metalist Kharkiv for €15 million. But the team is built on a weak defensive foundation. Here, only right-back Dario Srna has international pedigree, whilst Dmytro Chygrynsky, once a promising talent, has not been the same since his overwhelming stint at FC Barcelona. Yaroslav Rakitskiy is only 23 and looks promising at times, but at 1,80 meters he needs to be paired with a defender physically stronger than Oleksander Kucher. 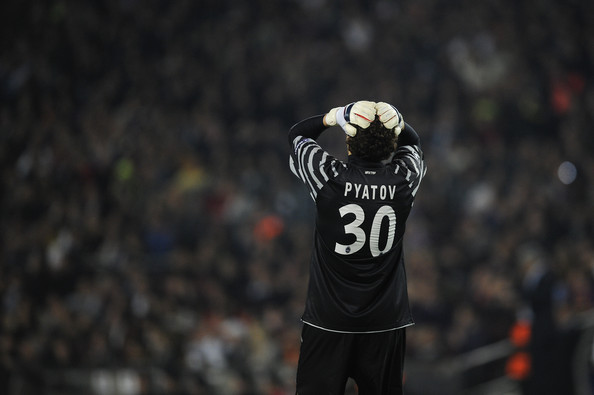 Andriy Pyatov, the much maligned goalkeeper of Shakhtar Donetsk

At Barcelona, for example, the smaller Carles Puyol (1,78 meters) has had major success being paired with Gerard Piqué who stands tall at 1,92 meters. Chyrgrynsky would be the logical partner for Rakitskiy but his form has prevented this from coming to fruition. Kucher, the other central defender, also appears out of place and simply lacked the pace to keep up with Dortmund’s mercurial attacking paradigm. While Shakhtar’s defence lacks international quality, their goalkeeping situation, is simply atrocious. Andriy Pyatov looks lost at the highest level of football. His size has always been an issue, but as we have seen with Iker Casillas size can be compensated by positional play and anticipation; unfortunately Pyatov is frequently found wanting in these capacities as well.

The Shakhtar Code developed under Akhmetov has enabled the club to grow into a real brand, with modern facilities, a brand new stadium, and an excellent youth academy. Akhmetov relied on specialists that clearly understood more of the game then he did to build the Shakhtar product, which is more than can be said of other oligarchical football owners. In Jakob Preuss’s documentary, he compares Shakhtar to Chelsea; yet the only parallel between Chelsea and Shakhtar is that the clubs are both owned by oligarchs. Lucescu has now coached Shakhtar for almost ten years, which demonstrates Akhmetov’s hands off approach. But the club and Lucescu are at the crossroads and it will be interesting to see if Shakhtar will continue to rely on players from its own youth academy, especially to play in defence. Or will Shakhtar change its philosophy and purchase even more talent from abroad, especially to address the aforementioned frailties? As Germany’s 11Freunde magazine suggests, Shakhtar is the closest to the Barcelona model, and of all European clubs, they have the highest potential to emulate the success of the Catalan benchmark.

Manuel Veth is a PhD candidate at the University of London King’s College, London. Originally from Munich, his thesis is entitled: “Selling the People’s Game: Football’s transition from Communism to Capitalism in the Soviet Union and its Successor States”. He currently lives in Kyiv. You can follow Manuel on Twitter @homosovieticus