Football is now known to be an extremely popular and interactive sport worldwide, as it is played in different countries and continents. There are uniform rules that guide the playing of football, and these rules are followed strictly in all the nations of the world. Like other countries, Russia has players that play football, and it is necessary to know how it all began as we go back to its roots.

The very first game of football to be played in Russia was played in the year 1893. During that period, it was not exactly popular and so had to be split between other sports like racing, etc. Most indigenes did not like the prospect of kicking a round figure aimlessly around all in the name of playing a game. They did not know much about the rules and what they entailed. The only set of people who got interested in football were the folks who popularised it in Russia, and they were British.

This was because it was already gaining prominence in Britain then, and when some of them went to Russia, they tried to take that culture with them as well. The British folks who were on official assignments had to wait each time for new shipments of fellow British citizens. The reason was that they needed numbers to make up the opposing teams. Since the Russians were not willing to join them or participate in the game, they had to play against their fellow kin, and in the process, had to wait for long. However, the sport’s progress took an unprecedented stride when an association known as the All-Russian Football Union came to be in the year 1912. The man solely responsible for the amalgamation of this body was Arthur Macpherson, the inaugural president of the body.

Russian companies were the first sect to embrace the sport in Russia because it also suited their plans. They had been looking for means for their workers to stop frolicking on days when they were not working. With football, they had a perfect idea which was hatched into succession. However, it was quite notable that they encountered great opposition in the church’s form at the time. The church kicked against the whole idea of playing around in small shorts as they saw this as quite immoral at the time. They deemed that it was not fit to have young men run around in shorts that barely reached their knees. 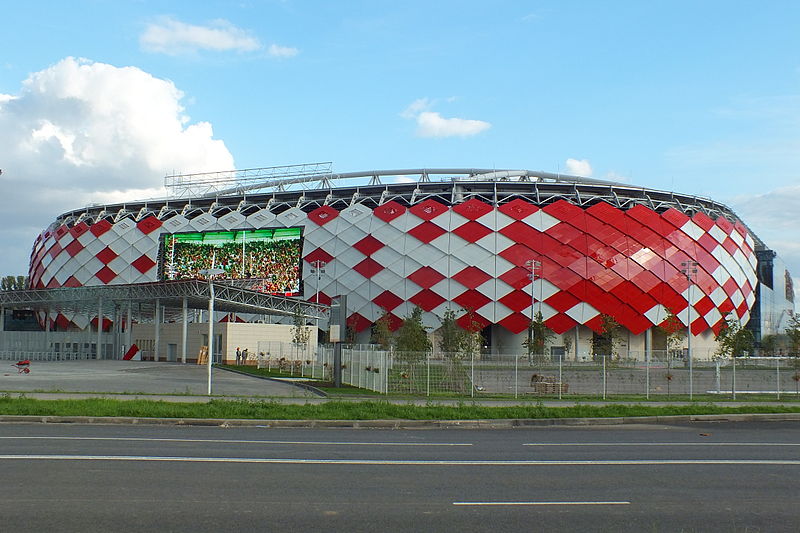 Consequently, those players were forced to sew shorts that looked ridiculous on them, and it touched down on their ankles. Unsurprisingly, in 1917, there was a revolution, and during this period, football lost all the foothold it was starting to have in Russia. The founder himself Macpherson was killed during this deadly period.

After the war ended, the government then took an interest in the sport once again, and it became an avenue to relieve stress and tension accrued from working in the day for workers. To make it more dramatic, different police units formed teams of their own to play. They rotated teams weekly, and the relevance of football in Russia grew in leaps and bounds. Dating back to history, Spartak Moscow, which is today known as one of the most successful teams in Russia history, was born.

Nikolai Starostin founded it in 1934, and in the company of his brothers, they also played for the team. By the late 30s, the brothers had become so popular and famous in Russia that they started to gain political prominence. Not long after that period, they began to be viewed as political threats because of the influence they wielded on the people. Schemes were cooked up, and they were deemed to be Stalin’s enemies, which in turn led to their arrest. While in prison, they found favor in the guards’ eyes who were in themselves supporters of Spartak Moscow. During this period, they also organized football matches in the prison for prisoners, and their fame grew much more even in the prison yard.

The history of football in Russia would not be complete without mentioning the Starostin brothers, as their roles cannot be overemphasized. And today, you can place bets on football by going through sites like comeon.net because the world is now a global village and anyone from anywhere can stake bets without hassles.