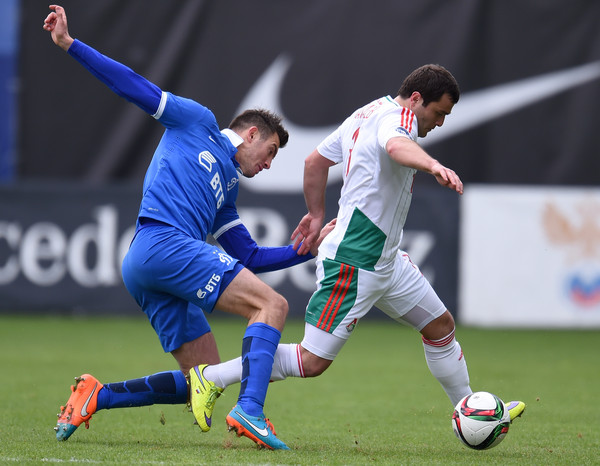 The Unusual Career of Boris Rotenberg

Dinamo Moscow’s Boris Rotenberg has had an unusual career. Between March 2006 and April 2015, whilst on the books of Zenit St. Petersburg and latterly Dinamo, he played ninety minutes in the Russian Premier League just seventeen times – and it appeared that his chance to make it as a top-level professional was gone.

Despite a lacklustre start to his career Rotenberg managed to break into Dinamo’s first team this year and has even been called to Finland’s national squad (having been raised in Finland). Then again, if your father is the chairman of the club you play for – and, along with your uncle, is amongst Russia’s richest men – maybe anything is possible.

From Moscow to Vladikavkaz and Back – Rotenberg on the Road 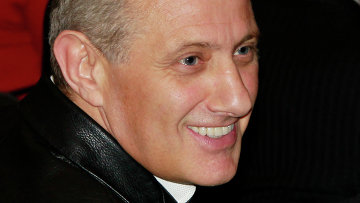 Boris’ father Boris Rotenberg who is the chairman of Dinamo Moscow.

Rotenberg was born in Leningrad, and in 2006 returned to the city to sign for Zenit – whilst, curiously, he simultaneously studied for a degree. The reviews of his early youth team performances were not good. “The ball kept flying away from him. He lost his position constantly. Not a footballer but a tale of woe, though he’s stuck to Zenit like glue,” wrote blogger ssmirnoff. Maybe the projects his uncle, Arkady, had done with Zenit’s main sponsors Gazprom helped Rotenberg get a contract, or maybe the work his brother Roman was doing at Gazprom Export helped, where he had already become a relatively senior figure.

By the age of twenty-two Rotenberg was still stuck with Zenit’s youth team, and was sent out on loan to Shinnik Yaroslavl and later Saturn Ramenskoye. He made his Russian league debut for Shinnik, though this lasted only five minutes. He didn’t appear again for them, and made no appearances at all for Saturn.

His big break came in 2009 during another loan spell, this time at FC Khimki. Rotenberg made thirteen appearances as Khimki were relegated with the second-lowest points total ever and a side considered (along with the FC Tyumen vintage of 1998) the worst to play in Russia’s top flight. Rotenberg didn’t come out unscathed – with an average player rating of 4.88, Russian daily Sport Express included him in their top ten worst Premier League players of the season. At the time Khimki may have persisted with Rotenberg as money was tight, but it’s worth noting that Khimki had a new sponsor – SMP Bank. A look at SMP Bank’s website reveals that Rotenberg’s father, also called Boris, is on the bank’s board of directors.

Most players would have had to drop down a division at this point, but Rotenberg was instead loaned out to Alania Vladikavkaz, which won the Russian championship in 1995. Alania too were relegated that season, and fans were not overly impressed by his fifteen appearances: “An embarrassment,” was the reaction of one fan on championat.com. “It seems like this ‘footballer’ is scared of the ball and tries to get away from it at the earliest opportunity.”

Rotenberg’s Zenit contract expired at this point and was not renewed. Though he’d hardly covered himself in glory, he was offered a contract at Dinamo Moscow. Dinamo fans were understandably unsure as to whether such signings would help the club oust Zenit or CSKA at the top of the table. “Let’s talk about new signings at the end of the season when they’ve had a chance to prove themselves,” came the evasive reply from then club president Yuriy Isaev when challenged on this. 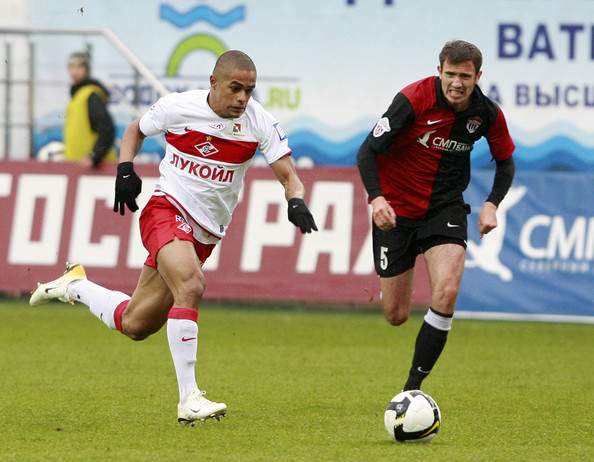 The “breakthrough” at Khimki…

The Rotenbergs at Dinamo – A Family Affair

Rotenberg didn’t break into Dinamo’s first team, and two further loan spells followed with little playing time being added. His Dinamo contract was extended, though; and the club described him on their website as a “young prospect” – despite being in his mid twenties. Of course, the top quality Dinamo coaching staff may have seen something in Rotenberg that others didn’t. It unlikely had anything to do with the fact that his uncle Arkadiy Rotenberg was then president of Dinamo Moscow ice hockey club – or that his father Boris was to become president of the football club. 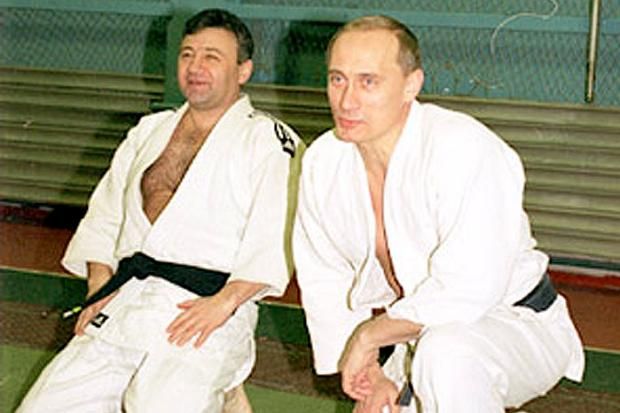 I can snipe as much as I want, however – nothing can obscure the fact that Rotenberg has, to all intents and purposes, achieved everything a player of his talent could want. During April he started all of Dinamo Moscow’s five games, a period in which they remained unbeaten (though oddly for a right back, Rotenberg was subbed in each game). He could make his debut for the Finnish national team in June in their Euro 2016 qualifying game against Hungary.

The reactions from within Russia to Rotenberg’s success are mixed. On the one hand some say that he has worked hard and deserves his chance: “He’s playing OK…judge him on his performances on the pitch and not the name on his shirt,” was one comment on championat.com. Others have pointed out that it would have been far easier for Rotenberg to sit back and relax given his family wealth.

The Russian Premier League – A Step to Far?

Former Russia and Celta Vigo midfielder Aleksandra Mostovoi, though, believes that Rotenberg’s true level is a division below the Premier League, and he’s not alone. Reports are unconfirmed, but it has been suggested by various sources that the main reason behind Dinamo midfielder Igor Denisov’s recent bust up with manager Stanislav Cherchesov is the selection of Rotenberg over Russian international Alexey Kozlov. Some fans agree: “He’s playing OK? So would a twenty-year-old reserve player. The difference is that he might grow into a good player, but Rotenberg won’t. If he loves football so much then he can play in the FNL [Russian second tier] or the amateur league,” was another championat.com comment.

Whether Rotenberg deserves to be in the Dinamo first team or not is a tricky question to answer. What is more certain is that he has taken a very long time to get there, and it would not have been possible without his family ties. Russian football is extremely fickle when it comes to young talent: Oleg Kozhanov was a peer of Rotenberg’s, a Russia under-21 cap who played for Zenit’s first team several times – including in a UEFA Cup quarter-final. Having been relegated along with Rotenberg at Khimki, he has not been given another chance in the Premier League.

Indeed, nobody has been given as long as Rotenberg to develop into a decent player. All that remains is the hope that by the end of his career Rotenberg vindicates his nine football lives – and that would only be done if he could make us forget who his father is.

Saul Pope has been following Russian football for twenty years. Since 2004 he has been a regular contributor to When Saturday Comes magazine, mainly on the economic, political and social aspects of Russian football. He is a fluent Russian speaker who lived and worked in St. Petersburg for several years.A Zenit St. Petersburg fan who first saw them live in 1998, his all-time favourite Zenit players are Aleksandr Panov and Aleksandr Spivak. He once saw Andrey Arshavin in a supermarket, but was too embarrassed to go and ask for an autograph. Follow Saul on Twitter @SaulPope