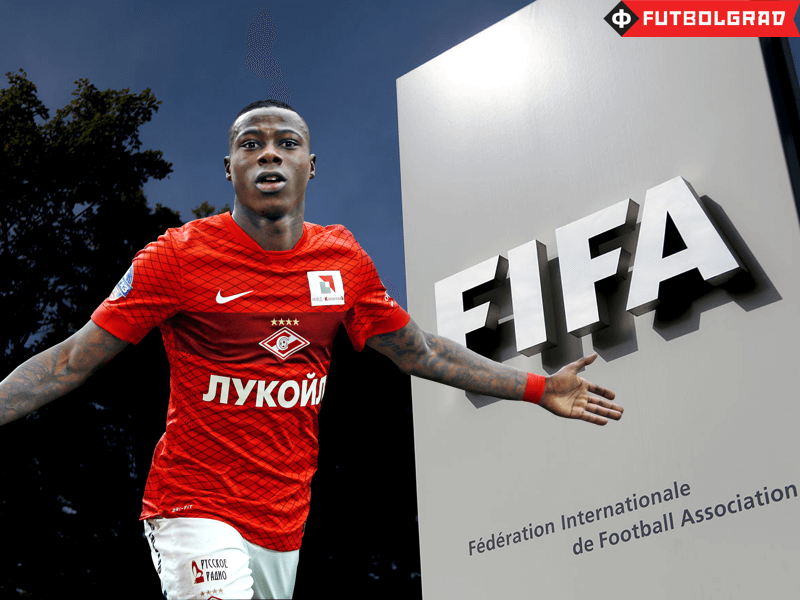 Third-Party Ownership (TPO) has been officially been banned by FIFA since May 1 2015. Yet recent documents published by Football Leaks show that third-party involvement has remained a common practise in many countries.

Twente has already confirmed that they have accepted the punishment by FIFA. Futbolgrad has in the past reported in depth about the Twente Enschede case, as Spartak Moscow’s striker Quincy Promes was among the players whose contract was sold by Twente’s management to Doyen Sports—a football investment fund, which has been specialist in this type of deal.

The club was found to be liable by FIFA “for entering into contracts that enabled a third party to influence the club in employment and transfer-related matters, failing to upload a TPO agreement into the library in TMS, breaching confidentiality rules and failing to declare mandatory information in ITMS.”

Promes’ deal, however, was only the tip of the iceberg, as Twente has sold several player contracts to Doyen Sports. Furthermore, the club failed to include these deals in the licencing process for the Dutch Eredivisie (First Division). As punishment the Dutch football federation (KNVB) has since excluded Twente Enschede from participating in UEFA competitions.

Already on March 2 2015 FootballOranje.com had reported that, as a result of the an investigation by the KNVB, Twente Enschede could actually withdraw from professional football next season, as the Dutch football federation found an “unhealthy culture” at the club, which could only be fixed by restarting the team as an amateur outfit

Speaking to FootballOranje.com, KNVB director Bert van Oostveen stated “The probability that FC Twente will not play professional football next year is greater than that they will.” He further added “There are a number of weaknesses from the past, which are very difficult to solve. I think you need Houdini and Hans Klok at the same time.”

As a result of the Third-Party Ownership agreement between Twente and Doyen Sports, the 2011 Dutch champion and hometown club of Spartak Moscow’s star Quincy Promes might now disappear from professional football for the unforeseeable future.