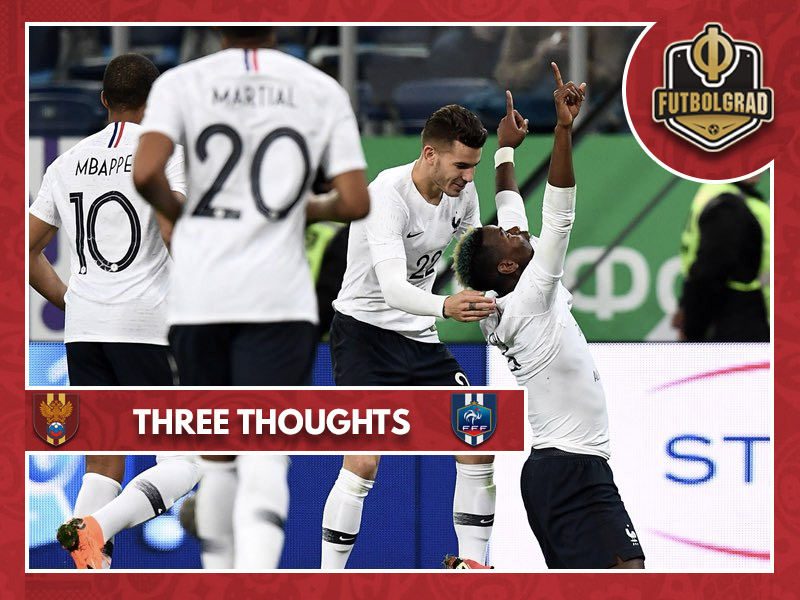 Three thoughts from Russia’s friendlies against Brazil and France

Russia faced Brazil in Moscow and France in St. Petersburg for the latest set of preparation matches ahead of the 2018 FIFA World Cup. Here is what we learned from the Sbornaya’s performances:

If you live in a world of statistics, then Russia’s manager should be out on his ear before the World Cup begins. He has managed to win just five of his 18 games since taking charge after the disastrous Euro 2016 campaign, with over 1.5 goals conceded per match. However, there are a significant number of mitigating circumstances. Firstly, the recent opposition, in particular, has been of the very highest calibre, with all four of the most recent friendly opponents being former world champions. Even without Neymar Jr, Brazil were blindingly good once they moved up a gear, while Kylian Mbappé alone could beat most teams single-handedly.

Secondly, there have been an inordinate amount of injuries suffered to key members of the squad. Almost the entire backline of Cherchesov’s favoured defence is out of action, while the second striking option to Fyodor Smolov – Zenit St. Petersburg’s Aleksandr Kokorin – is also on the treatment table. No matter how strong your squad is, when you are short of your best players, it is tough to maintain performances. Add to that the fact that the Berezutskiy twins and Sergey Ignashevich have retired from international duty, and the defensive options are very thin.

Lastly, but most critically, Cherchesov has been bold by revitalising the squad and cutting out the majority of the unnecessary ageing deadwood. It has been a long-overdue process that his predecessors Fabio Capello and Leonid Slutskiy were not able or willing to implement. Strong calls have been made to include Igor Denisov, for example, but the defensive midfielder’s tenacious character and personal history with Cherchesov are prohibitive to building for the future. A thrilling crop of young midfield talent fronted by the Miranchuk twins and Aleksandr Golovin in a 3-5-2 system that gets the best out of them points to a bright future.

Russia can compete, just not with the likes of Brazil and France

In both the recent friendlies, Russia were at the very least competitive for the opening first half an hour by using a sensible aggressive pressing style. The playmaking skills of Phillipe Coutinho, for example, were rendered ineffective while he was chased and harried by Denis Glushakov and Roman Zobnin in Moscow, while the power of Paul Pogba was nullified by far smaller and less experienced Aleksandr Golovin for large periods. 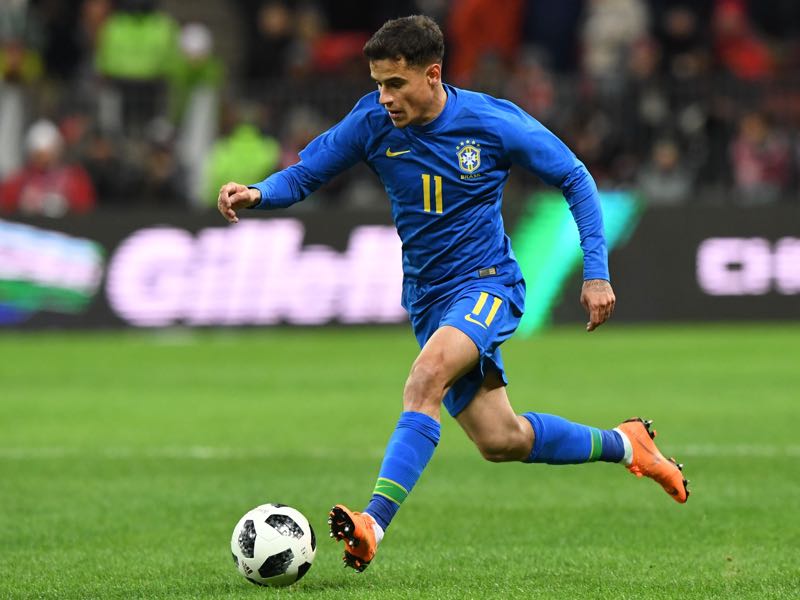 Brazil, and Coutinho in particular, were simply to much to handle for Russia’s midfield. (KIRILL KUDRYAVTSEV/AFP/Getty Images)

It showed an awareness that Russia would have to play within their means at times during the World Cup – for which there should be no shame – instead of aimlessly trying to compete in the same areas of far superior teams. Last November, Argentina were made to look very ordinary with a battling, compact and organised performance, while Spain were fortunate to escape with a 3-3 draw.

In the end though, pure class told in both games. Willian and Gabriel Jesus were dangerous runners behind the defence, while Mbappé was unstoppable, even if Lunev should have done far better with the second goal. If Russia do escape from Group A, they will most likely face Argentina’s 6-0 victors Spain or European champions Portugal – and then the pressure will be very real.

Roman Neustädter is in many ways an unfortunate international player. The fitness problems facing Georgi Dzhikiya and Viktor Vasin combined with the self-imposed absences of Ignashevich and the Berezutskiys means he is all but a shoe-in to make the final squad, but he was made to look a fool over the two matches. Vladimir Granat was much improved from a hopeless performance against Brazil but still couldn’t cope with Mbappe and his cohort of pacy talent. Ilya Kutepov should be developing into a core part of the defence having made a Spartak Moscow starting place his own but is all over the place. 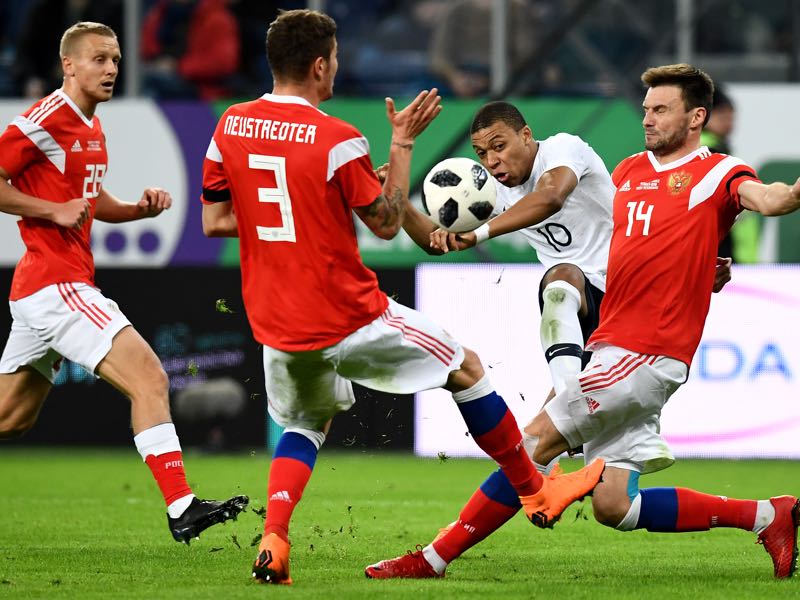 The answers are thin on the ground. Nikita Chernov was handed his international debut by Fabio Capello before appearing for his club two years ago, and while he has forced his way into the Ural Ekaterinburg side on loan, he is nowhere near the CSKA side, let alone Russia’s. Igor Smolnikov hit a perfect cross for Smolov’s consolation goal against France after coming on but has dropped to the bench for his club in favour of 34-year-old Branislav Ivanović.

The good news is that Cherchesov has employed a system that the best part of his squad use at club level. With a lack of a hugely commanding leader or a great deal of pace, three at the back makes sense, while also accommodating the width offered by Fernandes and Rausch. At full strength, the attacking combination of Golovin, Dzagoev, both Miranchuk brothers, Smolov and Kokorin is as good as most countries around. The problem is, they are far from full strength.