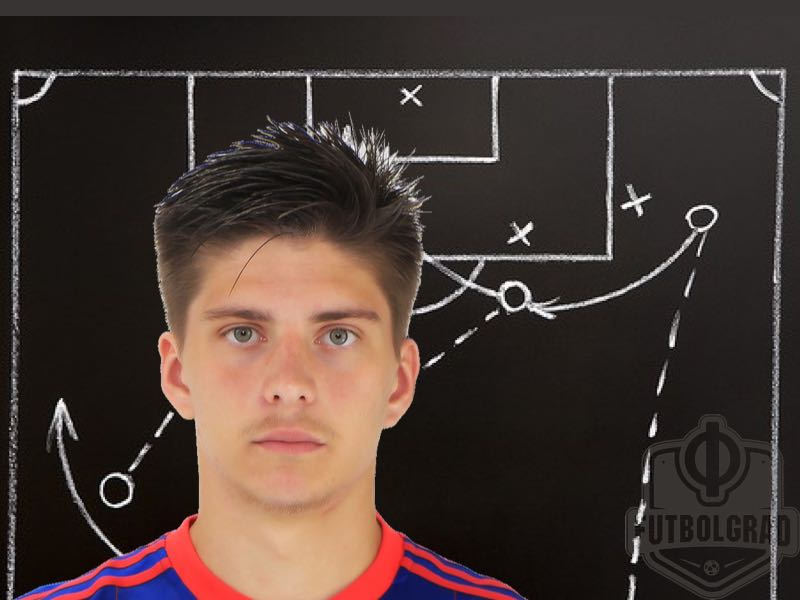 Russian football did not show itself from its best side during the 2017 FIFA Confederations Cup. The national team were at best mediocre and collapsed out of the group stage indicating that the World Cup next summer could be a short one for the host nation. But CSKA Moscow’s Champions League victory on Tuesday over Benfica Lisbon in general, and the goal scored by Timur Zhamaletdinov, in particular, show that there is hope for Russian football.

Visiting Benfica on matchday 1 of the Champions League CSKA Moscow was by many considered the underdog going into this game. Although experienced in this competition CSKA Moscow were unable to make any new signings during this summer’s transfer window due to the difficult financial situation at the club following a failed business adventure by owner Evgenii Giner on the Crimean Peninsula and the construction of the new VEB Arena.

Head coach Viktor Goncharenko, therefore, had to make due with the squad he had when he started in the third round of the UEFA Champions League qualification. Using the players, he got Goncharenko restructured CSKA tactically and managed to win all four games in the qualification without conceding a single goal.

Goncharenko had to Make due with the Current Squad

Then on matchday 1, CSKA travelled to Benfica, and once again Goncharenko set his squad up correctly to get the result CSKA needed. Opting for his regular 3-5-2 formation, CSKA absorbed much of the pressure trying to hit Benfica quickly by playing counter attacks. As a result, CSKA Moscow had just 27% possession of the ball throughout the match.

Benfica also outshot CSKA 24 to 14, but CSKA were more efficient having seven shots on target where Benfica had just six and both clubs were even when it came to shots inside the box. The game was somewhat exemplary for how Russian teams interpret the 3-5-2 formation. Sitting deep absorbing pressure and using fast players to break forward quickly.

The system is also perfect for CSKA Moscow right now. While the Red Army club has an abundance of young attacking players coming through CSKA has struggled to develop defenders still relying on the ageing Berezutsky twins Aleksey and Vasili (35) and Sergey Ignashevich (38) for the big games. Up front, however, CSKA has recently produced young and exciting players like Aleksandr Golovin, Fedor Chalov and now Timur Zhamaletdinov.

The 20-year-old Timur Zhamaletdinov was brought on in the 67th minute, and he showed off his goal scoring instinct four minutes later when he converted a rebound after a Viktor Vasin shot inside the penalty box. It was a typical goalscorers goal. Zhamaletdinov was simply at the right place at the right time. For Zhamaletdinov, however, it was already the second goal within two matches played for CSKA.

The striker also scored the game-winner for CSKA Moscow against Amkar Perm on matchday 9 of the Russian Football Premier League. Goncharenko started the 20-year-old striker in that match, and there are now indications that the Belarusian coach will give Zhamaletdinov regular playing time to develop his game.

The young striker, who was born and raised in Moscow, therefore forms a nice trifecta with the already established Golovin and Chalov up front. CSKA developed all three, and all three could play a significant role for Russia in the upcoming months if they keep up with their current development. 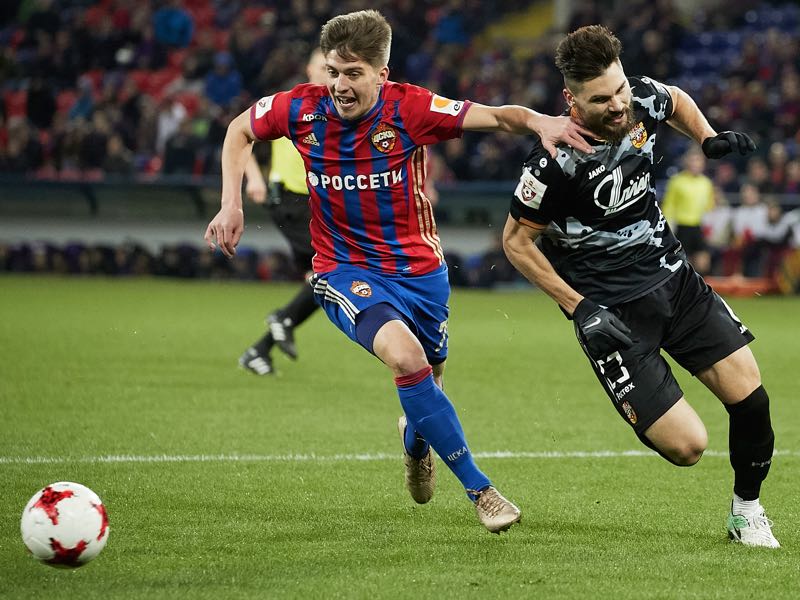 Zhamaletdinov, however, could be special. In 2014 he made the Next Generation list published by the Guardian on a yearly basis. Compared to Barcelona’s forward Luis Suarez by the Russian sports writer, Artur Petrosyan Zhamaletdinov was the only Russian to feature on the list in 2014. When watching the goal against Benfica, the comparison to Suarez makes sense. Zhamaletdinov’s movement are fluid and although he is a striker, who is the most dangerous his heat map also indicates that he likes to collect the ball on either wing to setup his goal scoring chances. More importantly, however, Zhamaletdinov can also fall back and create goal scoring chances by helping with the transition game.

Since 2014 there has been a feeling that progress has been slow for the striker. But that was mainly because former head coach Leonid Slutsky was reluctant at times to blood young up and coming players. Goncharenko has no such reservations, and Zhamaletdinov certainly has shown in the last two games that he is now ready to make the step from junior to senior football, which will only improve his chances to receive regular playing time in the future. Furthermore, with his mobility and his ability to play several positions up front Zhamaletdinov is the perfect player for Goncharenko’s system that requires a high work rate by every player on the pitch.