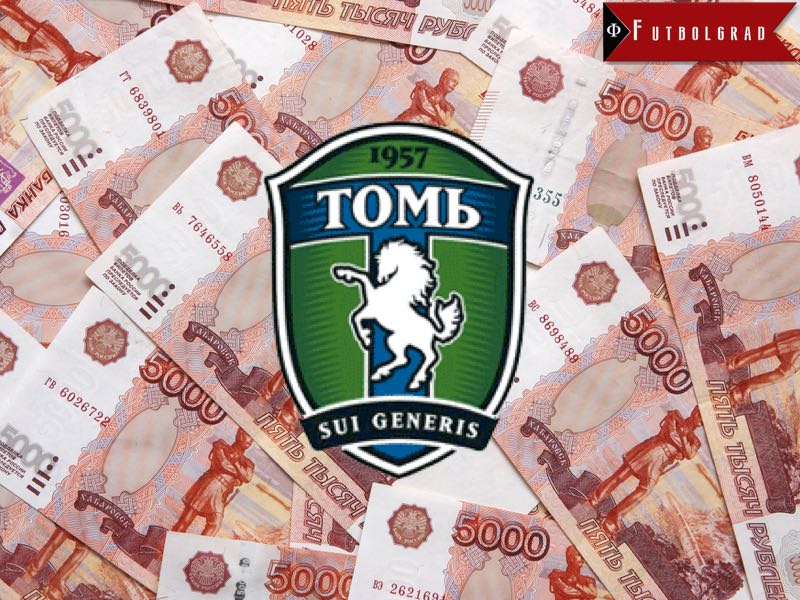 It has been a week of celebrations in Russia, as the New Year is followed by Orthodox Christmas on January 7th. For Tom Tomsk players, however, it has been a rude awakening, as the club has become the latest team in the Russian Football Premier League to struggle with financial difficulties.

Promoted last season from the Football National League (second division), Tom Tomsk have struggled with life in the Russian Football Premier League. The club is currently last with just nine points, and a goal differential of 8 to 31, after 17 games.

The gap to a non-relegation spot is currently six points but, given some of the off field politics, Tom Tomsk might not only be relegated at the end of the season, but could actually file for bankruptcy, which would likely result in the club being disbanded, and restarted at the amateur level.

According to transfermarkt.de this leaves Tom Tomsk with just 16 players in the squad, but the club’s inability to pay salary could mean that the exodus of players might continue. As a consequence, the Russian Football Premier League might finish the season with just 15 teams, which would bring a whole bunch of problems in terms of scheduling, and in deciding how to treat the games that Tom Tomsk have already completed.

Speaking to Sport-Express, former Tom Tomsk player Denis Boyarintsev has drawn parallels to the 2011-12 season. Back then, Tom Tomsk was also battling relegation and did not pay its players for several months: “It was the same situation as now, but we were lucky as we got paid in the end. This time appears worse, however, as players are leaving.”

Sport director, Igor Kudryashov, told the Russian press that the club was told by the regional administration (which owns the club), that the team is supposed to prepare for the second half of the season. Tom Tomsk’s general director, Ruslan Kiselev, in the meantime, told Sport-Express that the immediate future of the club will not be decided until January 16, when most of the players return from their winter holidays.

He added that it is, therefore, doubtful whether the club will travel to Turkey for their winter training break: “We have not decided yet on the training camp. Firstly, there is our financial problems. Secondly, there is the safety factor in Turkey. I also watched the news today, and the country seems to be paralyzed by the recent snow fall.”

Kiselev, however, also stated that the club has already paid the fee for the winter camp in Turkey. At the same time, there is a chance that the reminder of the squad will have to prepare for the second half of the season in Tomsk: “Right now I don’t think that is an option. But, of course, if the top management says ‘no money, work here’ then it would be out of my hands. But I think it will not come to that.”

Whether there will still be enough players in the squad to make a training camp necessary, is an entirely different question, however. Kiselev himself was evasive when he was asked how many players would travel to Turkey: “I can’t say. Many have left the team, and some players are still coming to request the cancellation of their contract. We will figure this out later.”

Tom Tomsk are one of eight teams in the 16 team Russian Football Premier League that are directly owned or funded by the government. The direct involvement of government actors in professional football in Russia, has long been identified as one of the major stumbling blocks for bringing in real professional structures to the game. 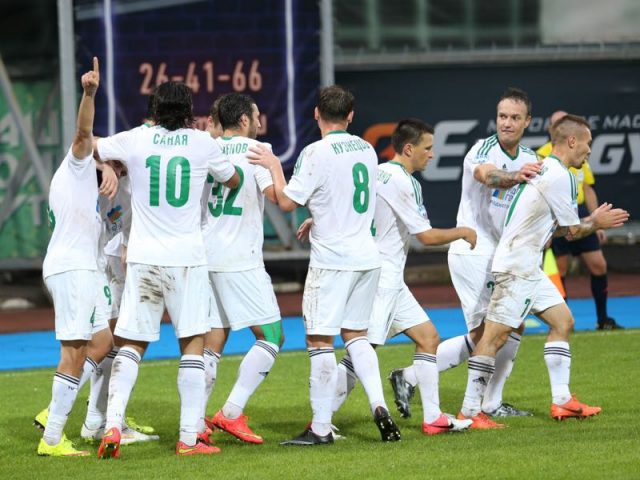 Some clubs get by for years on minimal funds and late payments to their staff, because they are bailed out by regional governments at the last moment—this is what actually happened to Tom Tomsk the last time they faced bankruptcy. Another example is FC Rostov, which faced bankruptcy on numerous occasions last season, and was only saved from financial collapse by their unlikely run to the UEFA Champions League group stage—the club is now declared debt free.

Most clubs, however, can not rely on a miracle of Rostov’s proportions. At the same time, however, as Alan Moore pointed out in his article on Rotor Volgograd, Russian teams that have government backing seldom have to worry about financial consequences when declaring bankruptcy. Teams will simply fold—which leaves the unpaid coaching and playing staff without the chance to recuperate their funds— and be re-founded as a new legal entity.

As players and coaches enjoy the last week of their winter holidays, they will be faced with uncertainty as to whether Tom Tomsk will actually be able to complete the season.

Igor Lebedev and the political disconnect

The financial difficulties at Tom Tomsk—as well as Anzhi Makhachkala, who also face severe financial problems—have attracted attention in Russian politics. The controversial politician Igor Lebedev, whose tweets on supporting Russian hooligans raised eyebrows in the west during the summer, and who is now an executive member of the Russian Football Union, suggested that the league should be reduced to 14 teams, and that the calendar should be returned to the spring to fall schedule.

Lebedev believes that all clubs should be run only with private money, even if that means a league with just ten or 12 clubs. To some extent, Lebedev has a point, as the state budget should not be wasted on clubs that seem to be incapable of managing their finances.

At the same time, Lebedev believes that there are enough teams in the Football National League that are financially well run, and that they could, therefore, replace the clubs, who are struggling with financial problems in the RFPL. Lebedev told Sport-Express: “The new [World Cup] arenas will help to improve the financial situation of teams, and get them to the top flight… I am sure that in Yekaterinburg, and in Saransk people will be pulled to the new facilities.”

As we recently discussed on the World Football Index Futbolgrad World Cup Special Podcast, the World Cup will likely not result in a windfall for teams that play in places like Saransk and Yekaterinburg, nor will it help clubs like Tom Tomsk, that play in cities were there are no new facilities being built.

Hence, while Lebedev’s arguments demonstrate that the government has slowly come to understand that government funding is not helping clubs to survive, they also show a stark disconnect with the football reality in the country, and it is not surprising that the former head of Soviet football, and later boss of the Russian Football Union, Vyacheslav Koloskov, has dismissed Lebedev’s comments as “utopian visions.”

At the same time, however, Koloskov also admits that currently only five teams in the Russian Football Premier League are financially viable, and that without government support football in the country would be in big trouble. Koloskov was, of course, in charge of football in the Soviet Union when the Gorbachev administration first introduced the concept of self-sufficiency in professional football in 1987, but the example of Tom Tomsk demonstrates that, 30 years after the Gorbachev reforms, many Russian clubs continue to be run like Soviet state owned entities.