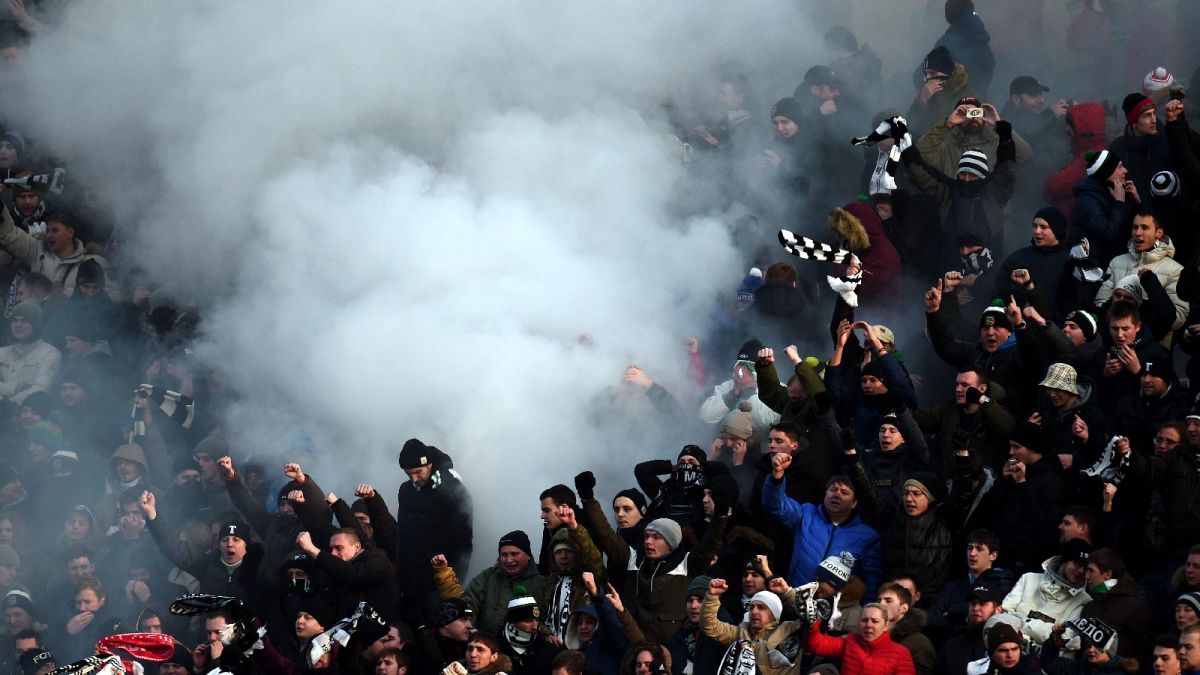 On March 18 Torpedo was handed a two game stadium ban after fans shouted racist abuse at Zenit’s Brazilian striker Hulk. It was not the first time that the club was sanctioned for the racist behaviour of its fans, as already in September the club was punished with one game behind closed doors after fans made racist monkey chants aimed at Dinamo Moscow defender Samba.

Despite the punishments issued by the Russian Football Union, Torpedo fans were once again part of crowd disturbances last Sunday. Torpedo fans were caught on camera displaying fascist symbols during their away match against Arsenal Tula. The crowd then turned violent with Torpedo fans attacking both Arsenal supporters and members of the police who were securing the stadium.

Torpedo was then issued another two game stadium ban on top of the one they received for the Hulk incident, and received an additional fine of 900,000 roubles. Furthermore, Torpedo fans, with the exception of women and children under 13, will also be barred from the next three away games. Additionally, Arsenal was fined 480,000 roubles for failing to secure the stadium.

Torpedo Moscow’s President Alexander Tukmanov has since told R-Sport that Torpedo fans are “probably the most aggressive” of any Russian Premier League team. Yet the club seems to be helpless when it comes to curb the problems of racism and violence from Torpedo supporters.

Also as a graph published by Sport-Ekspress highlights, the recent punishments will now mean that the club will be playing in an empty stadium for the remainder of the season, and will also have to do without their male-dominated ultra supporters.

Torpedo Moscow are currently sitting four points above a relegation play-off spot, and the club will now have to fight against relegation without its supporters. But with the FIFA World Cup approaching, the Russian Football Union has intensified its battle against racism. The sanctions against Torpedo are not only justifiable, but also a necessary step in the fight against racism. At the same time it remains questionable whether or not stadium closures on their own are enough to fight this persistent problem of racism in Russian stadiums.

Given these recent events, it is doubtful whether actions by the Russian Football Union, such as the introduction of an Anti-Racism Inspector, will be enough in the fight against racism. Time will tell whether or not these steps are enough, but all eyes will be on Russian football, and its fight against racism, in these next few years prior to the World Cup.