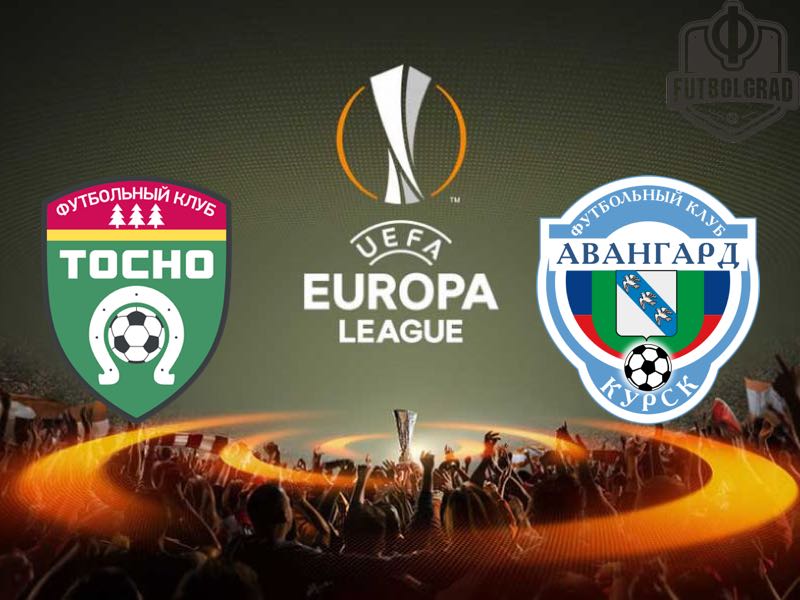 After a surprise defeat by Spartak Moscow in the semifinals of the Russian Cup against Tosno, who will now face Avangard Kursk in the final, Russia could be sending a second division club to the Europa League group stage next season.

It could have been one of the more intriguing storylines of the closing stages of the Russian Football Premier League. A Russian Cup win by Spartak Moscow and the sixth league spot would have been enough to qualify for Europe.

Instead, Spartak bottled it. Facing Tosno, who are 15thin the Russian Football Premier League and as a result looking down the barrel of relegation, Spartak were a massive favourite in the semifinal. But after taking the lead in the 62ndminute via a Ze Luis strike, Tosno got a late equaliser by Vagiz Galiulin in the 88thminute. 30 minutes of extra time saw no additional goals and, in the end, Tosno got the job done in the penalty shootout.

Tosno will now face Russian Football National League side Avangard Kursk in the final. Kursk, who were promoted to the second division last season, eliminated fellow second division side Shinnik Yaroslavl to reach the final.

Avangard Kursk – A mid-table FNL side

Currently, in the tenth spot in the second division Avangard Kursk, in fact, are technically speaking not save from relegation back to the Professional Football League (third division) either. With five games left six points separate Avangard Kursk from Olimpiyets Nizhny Novgorod, who are 16thin the table and occupy the final relegation spot in the league.

Although it appears somewhat unlikely there could, therefore, be a chance that Russia could be sending a third division side to Europe next season. The possibility of the FNL being represented in Europe, however, is very decent. Avangard are already eliminated from the promotion race, and Tosno have a genuine chance of going down this season.

Neither side would be of course the first to represent the second division in Europe. Cardiff City and Atalanta reached the semi-finals of the UEFA Cup Winners’ Cup in 1987-88 and 1967-68 respectively. In 1996/97 Kaiserslautern participated in the Cup Winners’ Cup, Alemania Aachen took part in the 2004/05 UEFA Cup group stage and finished ahead of Zenit St. Petersburg to reach the knockout stage of the competition where they were eliminated by AZ Alkmaar. There are countless other examples of second division sides taking part in European competitions. 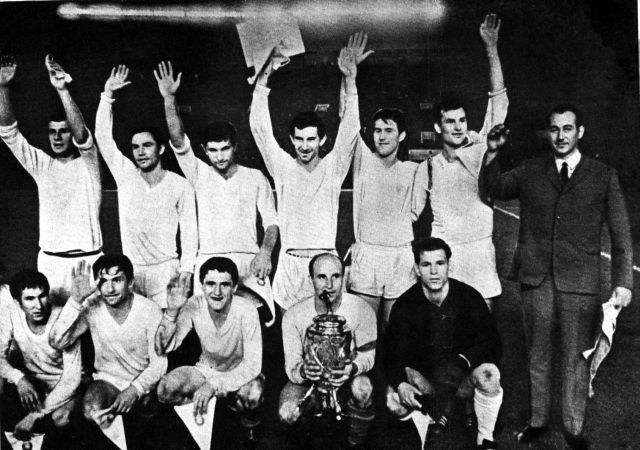 As in the post-Soviet space, Karpaty Lviv managed to win the 1969 USSR Cup while playing in the Soviet First League, which qualified them for the 1970/71 Cup Winners’ Cup. As a result, Karpaty is the only club from the Soviet Union to play in Europe as a second division side.

Since then UEFA has reformed qualification for Cup teams. Today teams can only qualify for Europe by winning the Cup. Should the team that has won the cup already be qualified for a European competition the spot falls back to the top flight. Teams from top countries, including Russia, are also given a direct qualification spot for the group stage, which means that Tosno, should they be relegated, or Avangard Kursk would be the first second division teams from Russia to qualify for the group stage of a European competition.

Where would they play?

That, of course, begs an entirely different question. Tosno have had difficulties finding a suitable stadium and play their home games at the Petrovsky Stadium in St. Petersburg. Logic assumes that this is also where they would be playing their European home games should they qualify. Alternatively, the newly constructed World Cup stadium on the Krestovsky Island could be used as well.

Things are a bit more difficult for Avangard Kursk. The city, which is most famous for the massive tank battle that took place here during World War II, only possesses a small stadium. The Trudovye Rezervy Stadium (Workers Reserve Stadium) holds just above 11,000 spectators.

A typical Soviet facility the stadium had minor facelifts in 1992 and in the 2000s but in essence remains the same facility than the one that was built in 1963 during the stadium construction boom that took place in the Soviet Union during that period. Whether UEFA will licence that particular facility remains to be seen, however.

The next most suitable stadium is 200km south in Kharkiv, Ukraine. Given the current political climate between the two countries, however, such a move would be unlikely. Instead, Avangard Kursk could be forced to relocate to Moscow (500km to the north). Of course Avangard Kursk need to win the competition first but either way, Russia could face the prospect of sending a second division side to the group stage of a European competition for the first time in the country’s history.