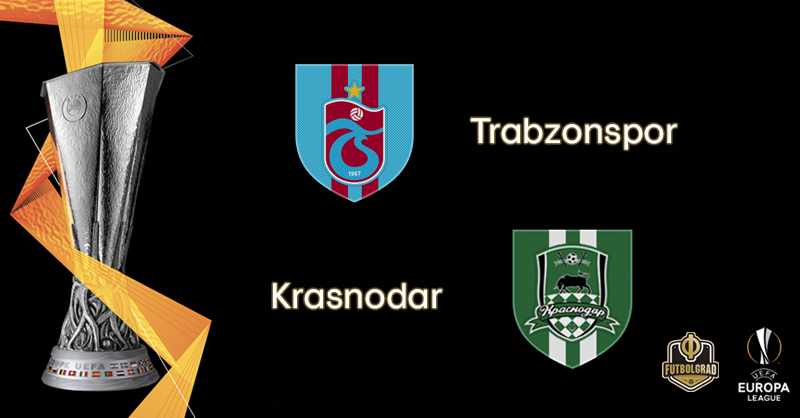 Trabzonspor look to hold off Russian side Krasnodar 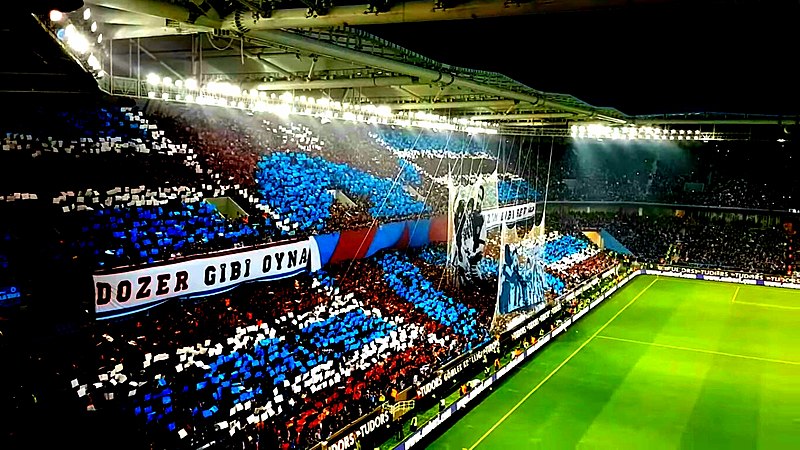 Trabzon is an ancient site of trade, culture, and religion that was once a key outpost on the infamous Silk Road trading route that wound its way from the Far East through Mongolia, Siberia, the Caucasus and through to the Mediterranean Sea. Constantinople stood literally astride two continents at the mouth of the Black Sea, but without the strategic importance of Trabzon in the east of modern-day Turkey, the trading routes that were essential to the thriving livelihood of the Ottoman Empire would have struggled to maintain such a vital artery.

Nowadays, Istanbul has engorged itself around a sprawling metropolitan area that consumes over 15 million inhabitants and plays host to three monolithic giants of Turkish football. The currencies familiar with Galatasaray, Beşiktas, and Fenerbahçe are fame, fortune, and glory, whereas Tranzonspor have little choice but to scrap it out to be the bridesmaids at best. This season, however, they are above the traditional powerhouses in second place after last season’s respectable fourth-place finish earned them passage to the Europa League group stages for the first time in five seasons.

The nature of being behind the leading clutch of super clubs – in terms of reputation and resources, at least – is that to survive, they have had to trade sensibly. That is not to say they haven’t drawn in recognisable names. Daniel Sturridge has long been considered one of England’s most naturally gifted forwards for years but has found his development severely disrupted by endless injuries. Fellow Premier League recruits such as Nigerian captain John Obi Mikel and Alexander Sorloth add experience for less than 1 million each, and to more than balance the books youth academy product Yusuf Yazici was sold to Lille over the summer. For a place built on transactions and transition for almost three millennia, Trabzon has a representative capable of building foundations.

Recovering from endless near misses can be demoralising, to say the least. The ecstasy of knocking out former European champions Porto from the Champions League at the last hurdle has been followed by more than just a sharp reality check. Accepting their place as not quite ready for the top table would be possible for most clubs with barely more than a decade of existence, but not Krasnodar. The saving grace is that there is an acceptance of how to grow success holistically and that it is only a matter of time before the dream is finally realised. If near neighbours Rostov could come within a single goal of the title and beat Bayern Munich, then a much wealthier foundation logically stands a chance to do the same.

The recruits that were supposed to bolster a push for Champions League football became more than squad players; Kaio Pantelao, for example, was clearly earmarked for long-term development, and yet has made appearances recently in the absence of Yuriy Gazinskiy. Thirty-year-old Icelandic centre-back Jon Gudni Fjoluson was brought in to offer backup but has made more than just a handful of substitute appearances. Veteran striker Marcus Berg has to lead the line when youngster Ivan Ignatyev has been jaded, or Ari has been injured far more than anticipated. It is a harsh lesson in the realities of stepping up to the next level.

The race to make the top two spots in a group that includes Champions League regulars Basel and one of Spain’s tightest defensive units in Getafe is going to be very tough indeed. Four points to claw back in four games means any margin for error that may have existed before has evaporated; even a point in Turkey may not be enough in the grand scheme of things, especially with a trip to the outskirts of Madrid still to come. Only one side other than Barcelona has emerged from Getafe with all three points in almost 12 months. If Krasnodar don’t want to rely on being only the second such side, they have little choice but to break free from the self-imposed shackles in Trabzon.

Trabzonspor vs Krasnodar – Players to watch

It is amazing how much of an effect six months can have on a payer’s career. Norwegian international Alexander Sörloth moved to the Netherlands as a teenager before being sold for a lower transfer fee to Moneyball-inspired FC Midtjylland just over two years ago. Half a year later, he was sold to Crystal Palace for 20 times the Danish side’s outlay, but another six months on and he was loaned out. Now he has hit his stride for the imaginatively-assembled Trabzonspor with an impressive return of five goals and three assists in eight games. His height is an obvious advantage when playing as the sole focal point of a 4-3-3 system, especially with the experienced but mercurial skills of Daniel Sturridge to feed him. 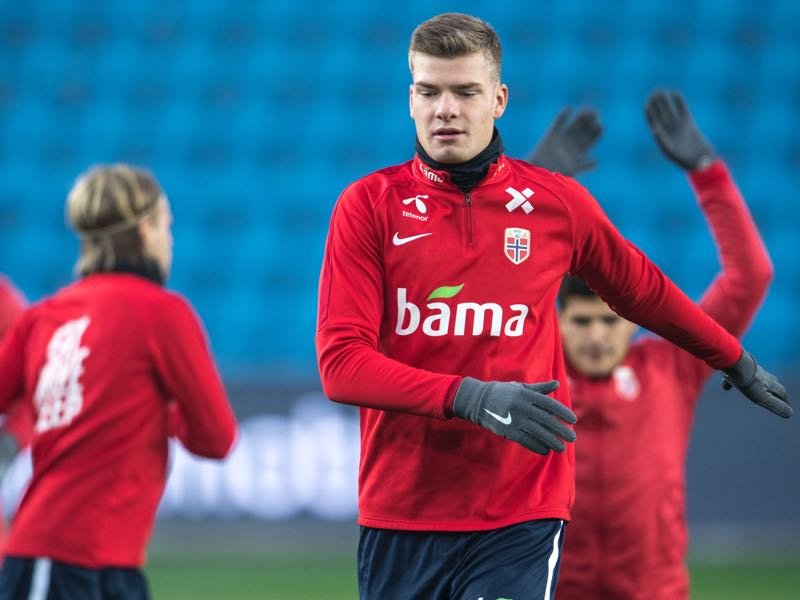 Alexander Sorloth of Norway during training before the UEFA Nations League C group three match between Norway and Bulgaria at Ullevaal Stadion on October 15, 2018 in Oslo, Norway. (Photo by Trond Tandberg/Getty Images)

The Danish winger has found playing time harder to come by than he might have expected with the raft of injuries to players in his department. The Europa League is the stage he could reasonably expect to get a look-in with Remy Cabella, Viktor Claesson and Wanderson all out injured, and although the outlay to bring him to southern Russia was far less than some of his teammates there will be scant few other opportunities if he doesn’t take one like this. When thrown into sharp relief alongside his opposite number, golden boy Shapi Suleymanov, his impact per gametime is scrutinised ever more closely. His pure pace is a major asset to the counter-attacking set-up that Krasnodar have employed away from home in Europe, and might actually benefit their chances of getting something from the tie more than the reputation of Wanderson of Claesson. 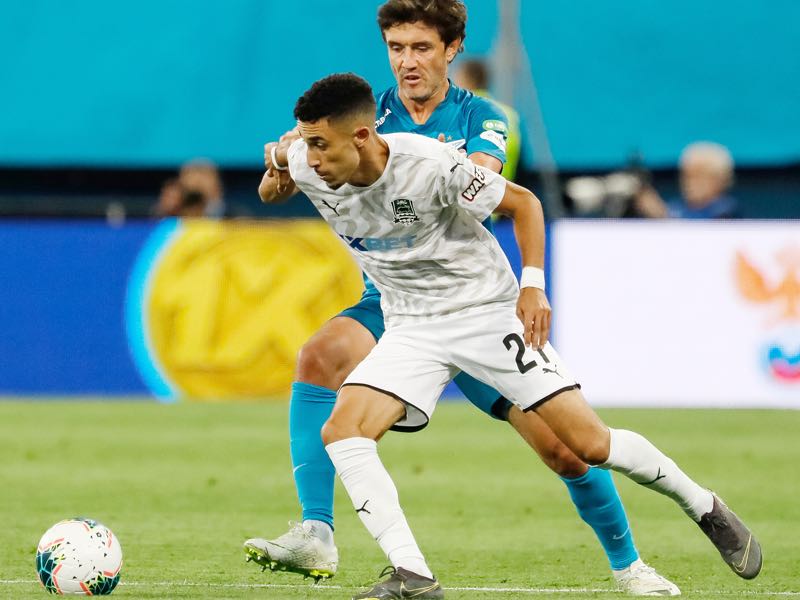