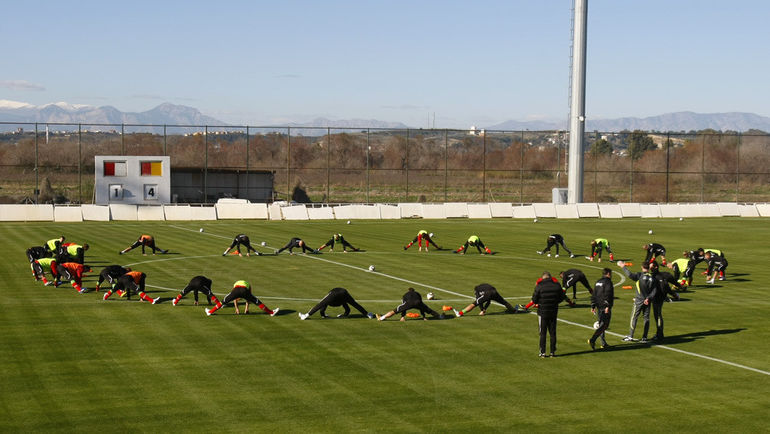 The political fallout of Turkey shooting down a Su-24 fighter jet has reached the Russian Football. An F-16 fighter jet downed the Russian fighter jet on Tuesday after it had entered Turkish airspace, and according to Turkey had ignored several warnings.

Russian foreign minister Sergei Lavrov has called the downing of the aircraft “a pre-planned provocation”, and Russian President Vladimir Putin has called Turkey’s action “a stab in the back.” Russian-Turkish relationships were already at odds before Tuesday’s events, as the two countries represent different positions on the military strategy in Syria.

Russia is not only an important energy partner of Turkey, but Turkey also benefits from a relaxed visa regime between the two nations, which makes Turkey a prime tourist destination for Russian travellers. About four million Russians visit Turkey every year, now The Guardian reported on Wednesday that Russia’s state tourism agency will ban all tour operators from offering packages to the country.

Russian football has also reacted to the political crisis between the two countries, as Turkey, along with Israel, has been a prime destination for Russian clubs to hold their training camps during the long winter break of the Russian Football Premier League. Now the Russian Football Union has issued a recommendation to its clubs to refrain from holding training camps in Turkey.

On Wednesday Spartak Moscow was the first club to cancel its training camp in Turkey due to the current political situation. The official statement on the club’s homepage said that the team originally planned an extensive stay in Turkey, and that along with the first team the second team was also to travel to the county, but that “today it was decided to cancel the trip. Currently, the management of Spartak is looking for alternatives for all teams that were supposed to travel to Turkey, in order to properly prepare for the spring stage of their respective championships.”

Other clubs such as FK Krasnodar, and Kuban Krasnodar have also since announced that they too will cancel their training camps in Turkey. Zenit Saint Petersburg meanwhile has stated that Turkey was never on the radar in the first place, as the club had planned to hold its training camp in Qatar and Portugal. Meanwhile, Russia’s second division the Football National League (FNL) is currently looking into possibilities to move the FNL League Cup, which is traditionally held in Turkey, to a different location.

FNL president Igor Efremov has told R-Sport “as for the FNL League Cup, we are at this moment working on various options on this issue. I cannot say that we will move the tournament away from Turkey, as a tournament is a different situation than a training camp, yet there is a recommendation by the RFU. Hence, we will make a decision at the general meeting of the FNL, which will take place on December 2.”

Now Serbian clubs such as Red Star Belgrade have also announced that they will not travel to Turkey in solidarity with Russia. Red Star General Director Zvezdan Terzić told B92 that Red Star “are considering turning to Cyprus, because we don’t think it would be proper to go there [Turkey] after the latest incident that happened between Russia and Turkey.” Red Star are sponsored by the Russian energy giant Gazprom, and Gazprom’s influence may have played a role in the club’s decision.

The recommendation of the Russian Football Union, and the immediate reaction by professional football clubs highlights the impact of current geopolitical events on football. Football diplomacy is traditionally referred to as vehicle to bridge gaps, in this situation; however, football is being used as a tool for political reprisal.