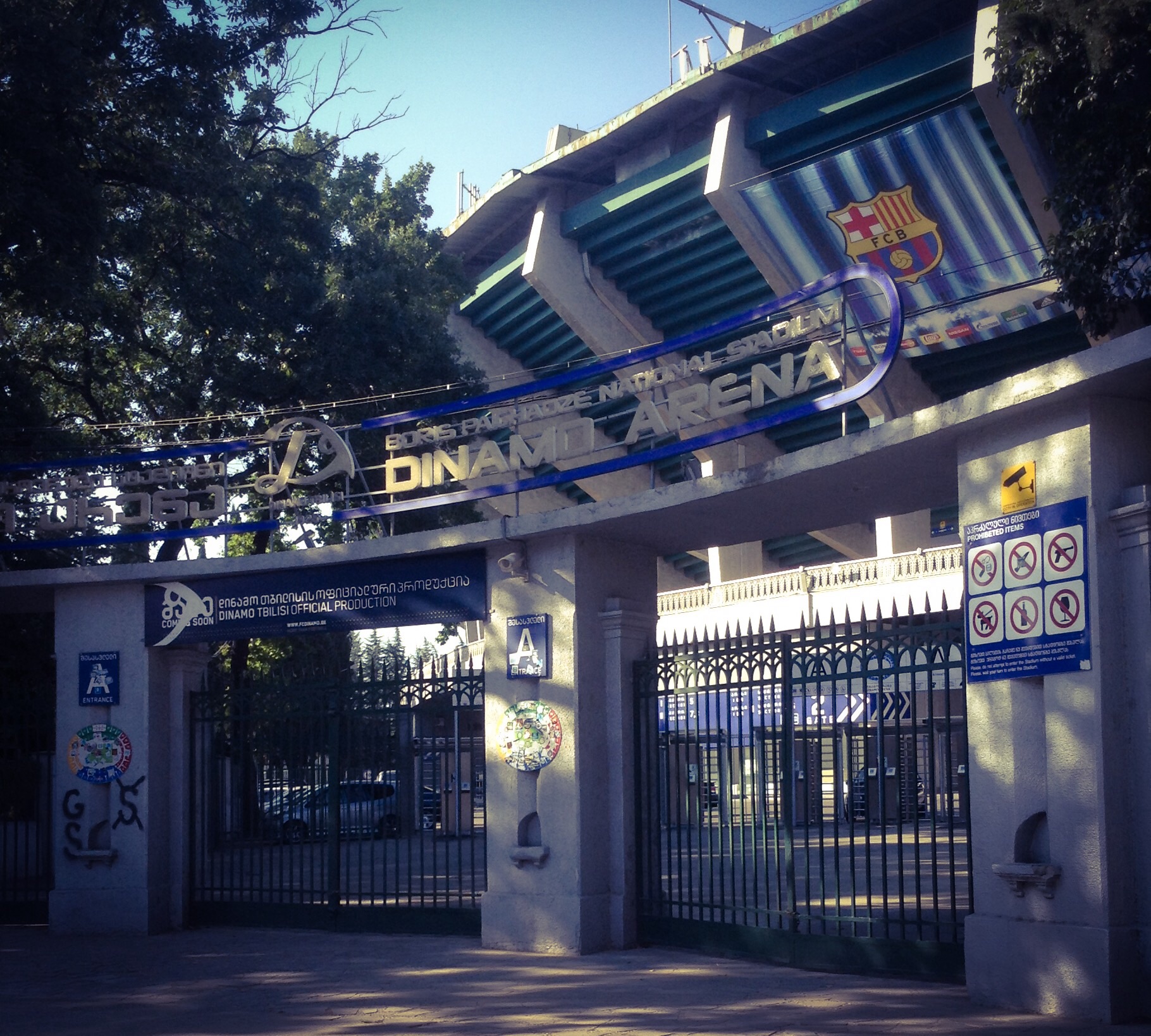 The Boris Paichadze Dinamo Arena—formerly known as Boris Paichadze National Stadium also as the Lenin-Dinamo Stadium—is the largest stadium in Georgia with a capacity for 54,549 spectators, and is located in Tsereteli—a neighbourhood more re-knowned for its post-Soviet charm rather than the beautiful architecture that can be found in the rest of the city. This week on August 11 the Dinamo Arena will be hosting the UEFA Super Cup between the Champions League winner FC Barcelona, and the Europa League winner FC Sevilla. 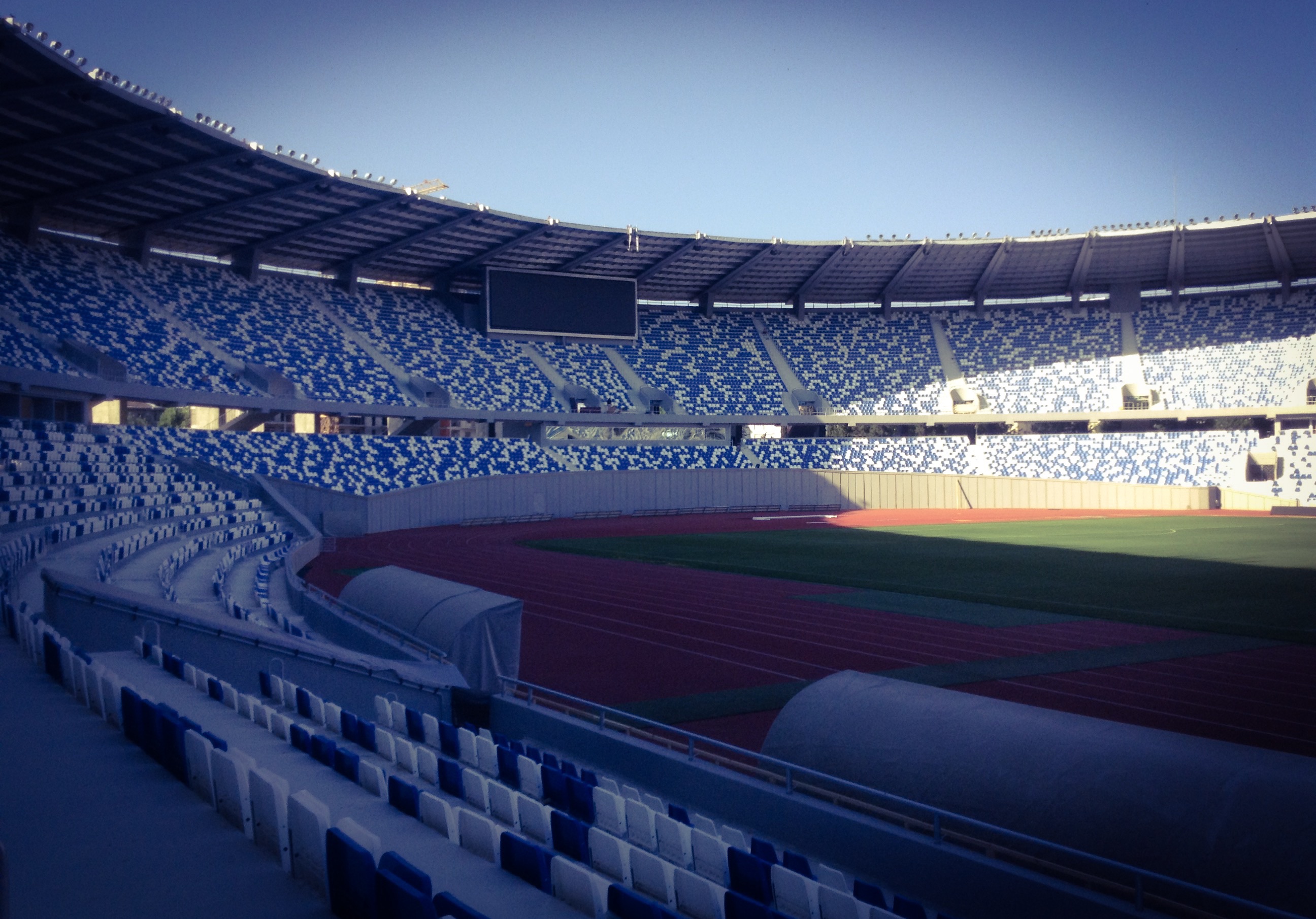 Despite the fact that the game is a purely a Spanish affair, Tbilisi in general has been hit with football fever. Georgian football fans have been starved for international football at the highest level, because the once legendary Dinamo Tbilisi has since 2004, repeatedly failed to reach the group stage of either the Europa League or the Champions League.

Enthusiasm for the match has meant that the demand for tickets was extremely high, and the authorities at the Georgian Football Federation at first attempted to sell all tickets made available by UEFA for local residents online. Unfortunately, as Georgia Today reported, the high demand for tickets caused the webpage responsible for ticket sales to suffer technical difficulties. 30,000 tickets were to be sold online from June 22, however exclusive ticket seller biletebi.ge’s website was quickly overwhelmed and crashed after selling less than 100 tickets. In the end biletebi managed to sell 2000 tickets to locals and 4,300 tickets to international customers but continued difficulties have meant that the page was eventually fined $45,000 by UEFA. This meant that the Georgian Football Federation (GFF) resorted to selling 22,000 tickets at the headquarters of the GFF located right next to the Mikheil Meskhi stadium instead, a logistical nightmare considering the high demand of tickets for the Super Cup in Georgia’s capital. 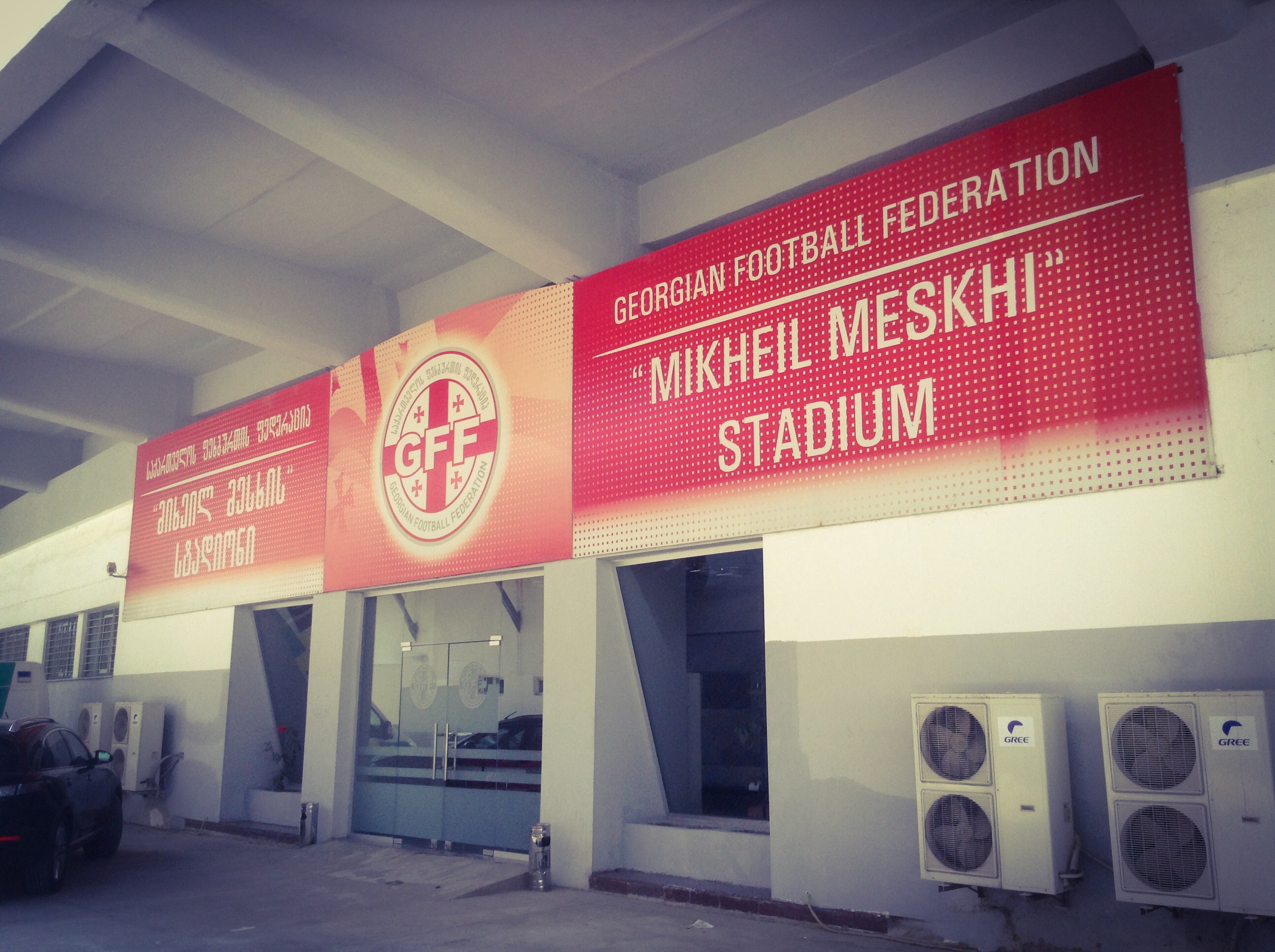 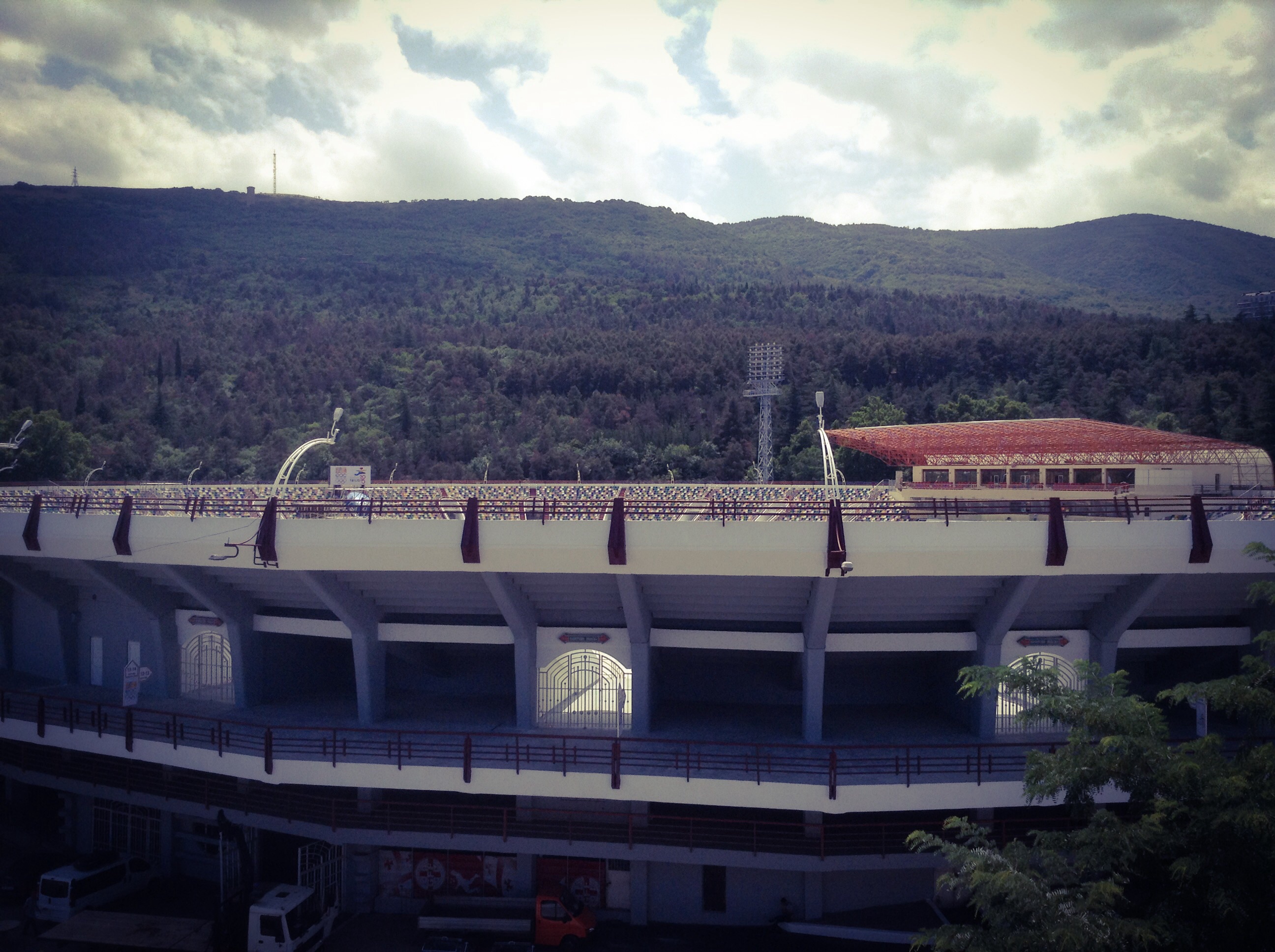 Regardless of the capacity, the Dinamo Arena also seems the logical choice in terms of history. The Dinamo Arena has been the long time home of Georgia’s most storied club Dinamo Tbilisi. While the club has recently struggled in European football, Dinamo was once one of the more successful clubs of the Soviet Union; the club won the UEFA Cup Winners’ Cup against Carl Zeiss Jena in 1981, and further added to Soviet Cups (1976, and 1979), as well as two Soviet championships (1964 and 1978). Furthermore, the club was a mainstay in the Soviet Vysshaia Liga, and regularly played in front of a capacity crowd. The high demand for tickets at Dinamo matches in the Vysshaia Liga led to the construction of the Lenin-Dinamo Stadium (as the Dinamo Arena was known in the time of the Soviet Union) by the Soviet authorities. Built in 1976, the Lenin-Dinamo Stadium was the third-largest in the Soviet Union, with a capacity of 74,354 spectators, and as videos on Youtube highlight, Dinamo games were so popular that most games were sold out. 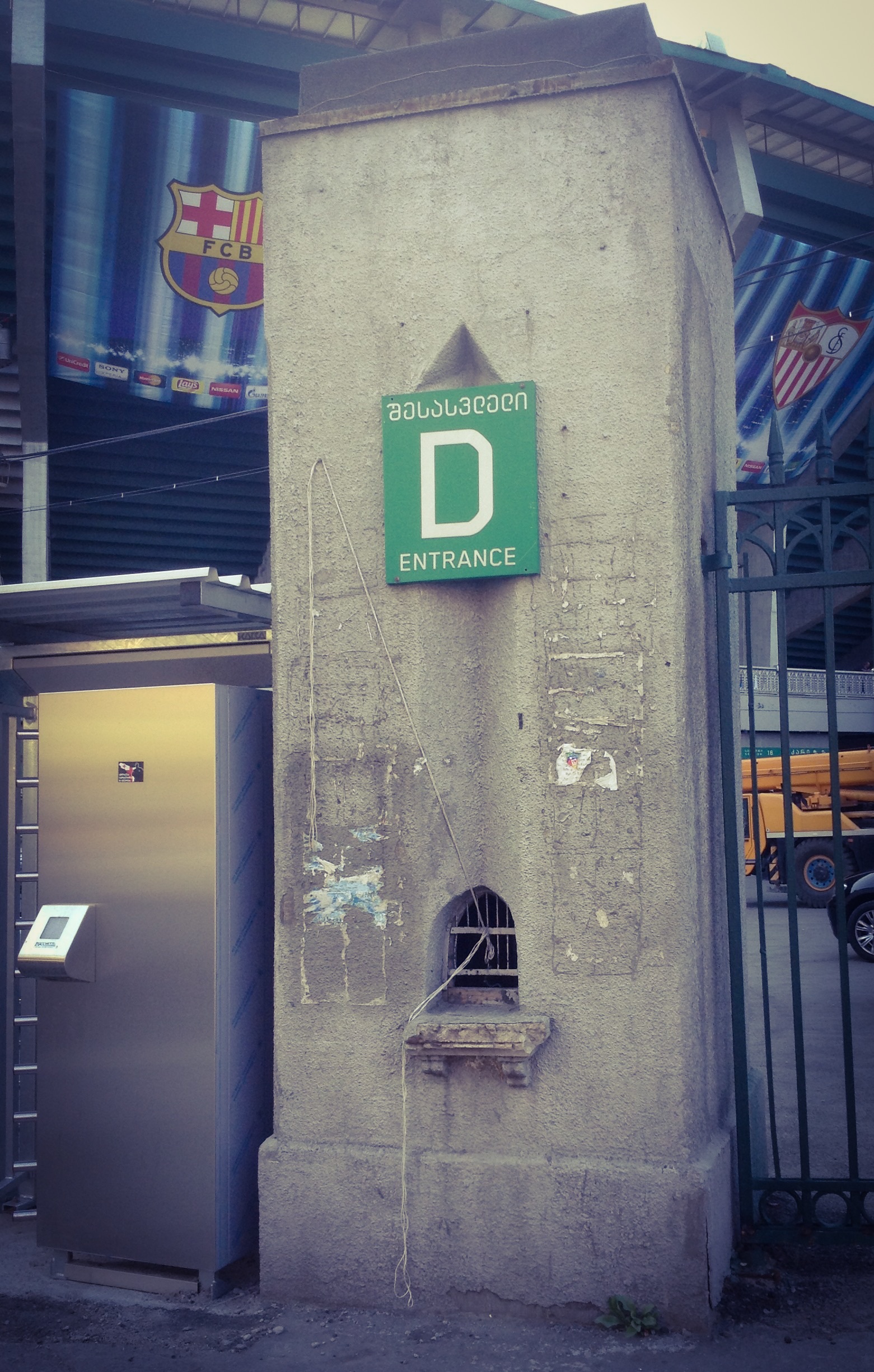 Important upgrades have been made by the stadium authorities to host the UEFA Super Cup.

In 1990 Georgian clubs left the Soviet Vysshaia Liga, and instead created their own national competition known as the Umaglesi Liga. At first demand for these games was high, and as one Georgian journalist told me in May 2014, 100,000 spectators came out to attend Dinamo’s (the club was briefly renamed Iberia Tbilisi) first game in the league against FC Kolkheti-1913 Poti. The honeymoon, however, was brief, as fans realized that the new Georgian league lacked the competitive edge of the Soviet Vysshaia Liga, and despite the fact that Dinamo was able to win 15 league titles since the independence of Georgia, attendance has suffered. Today only a few thousand people show up to most home games as the league in general suffers from a lack of competitiveness and many clubs are experiencing financial difficulties. 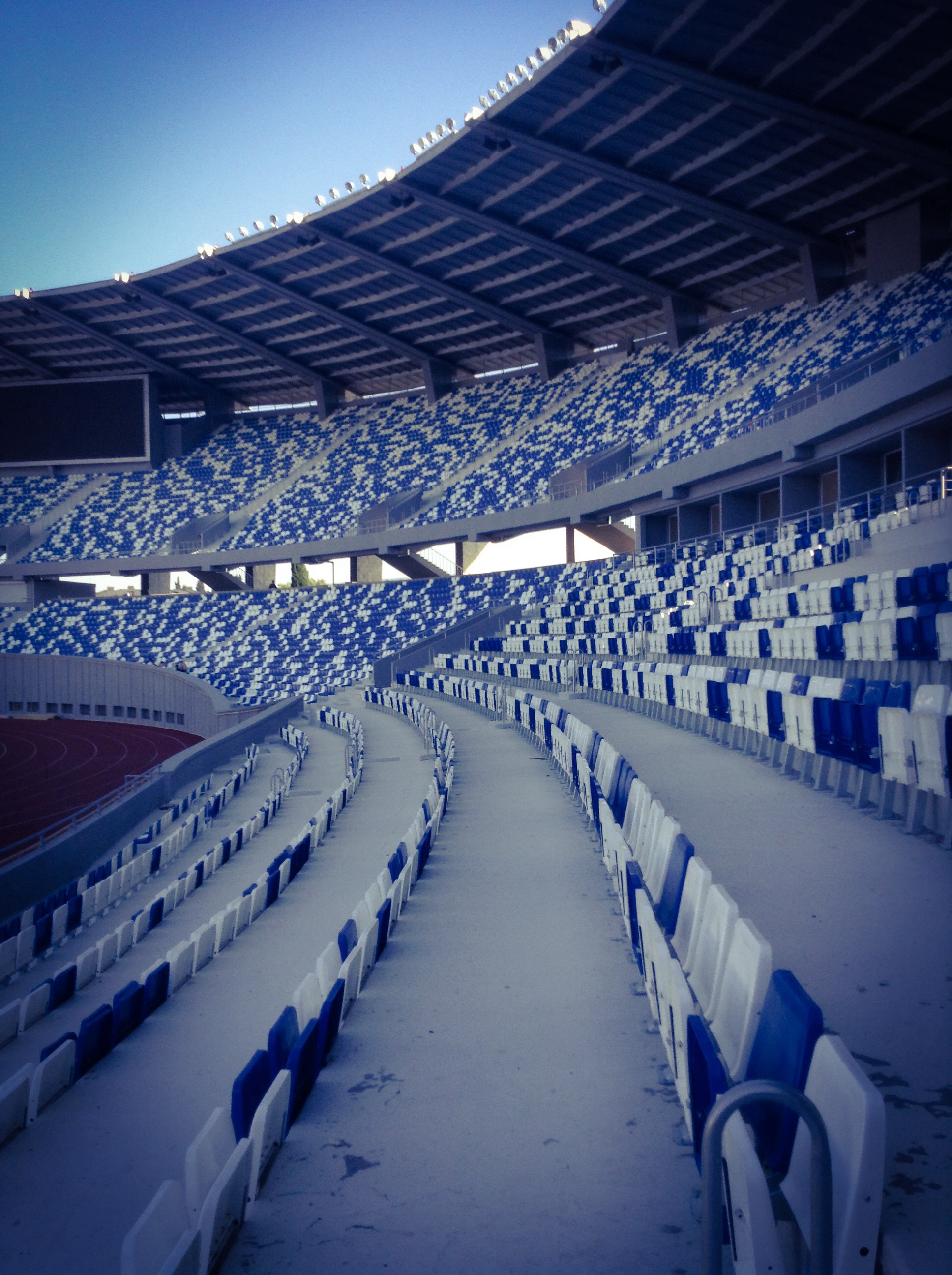 New seats for the big event

For much of the post-Soviet era, Dinamo Tbilisi also experienced periods of financial, and political uncertainty. The fortunes of the club often reflected larger political issues of post-Soviet Georgia. The club experienced several ownership changes in the 1990s and early 2000s, and finally in 2011 the businessman Roman Pipia took over as the president of the club. He quickly began to re-organize the club into an organization that was not only financially profitable, but also helped to finance a new training base, which is now considered one of the most modern in Europe. Under Pipia, Dinamo also began to re-direct the club’s philosophy; rather than bringing in foreigners, the club now focuses on developing young players—something the club was especially known for in the time of the Soviet Union, when the club carried the nickname the “Uruguayans” because of its Latin American playing style and the light blue shirts the team was wearing. 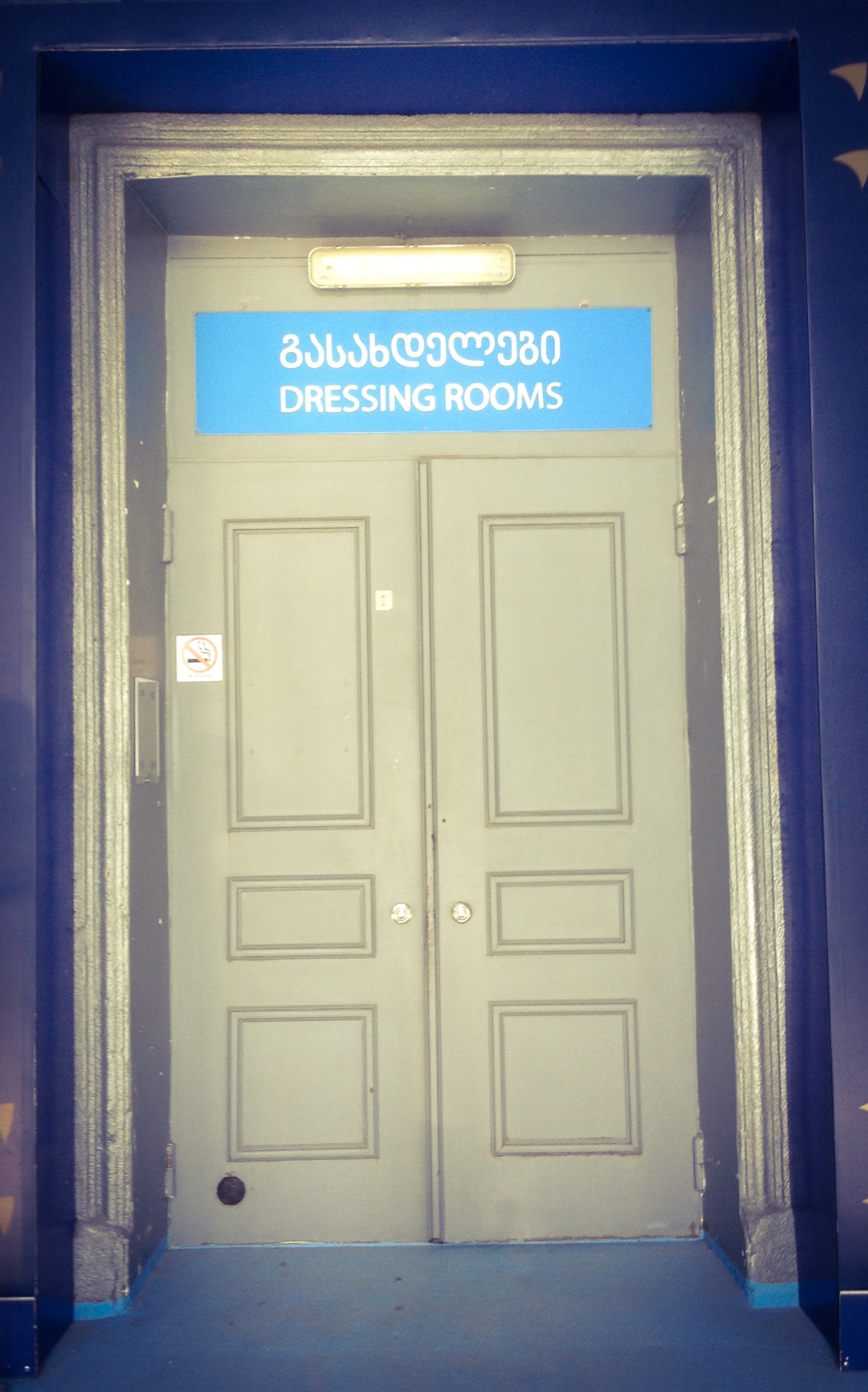 But most importantly for Georgian football in general, Pipia began to renovate the Dinamo Arena. When I visited the stadium in 2014 the ground had recently seen work done on much of its interior. Also the club had made room for retail space in, and around the stadium, which attracted local business to the area. Now with the Super Cup coming to town it appears that the stadium has seen further refurbishment as is illustrated by the photos taken by Damon Main, who recently had a chance to visit the stadium. Things are looking up in that the UEFA Super Cup will not only provide Georgians with an opportunity for top class European football, but also has acted as an incentive to improve local football infrastructure.