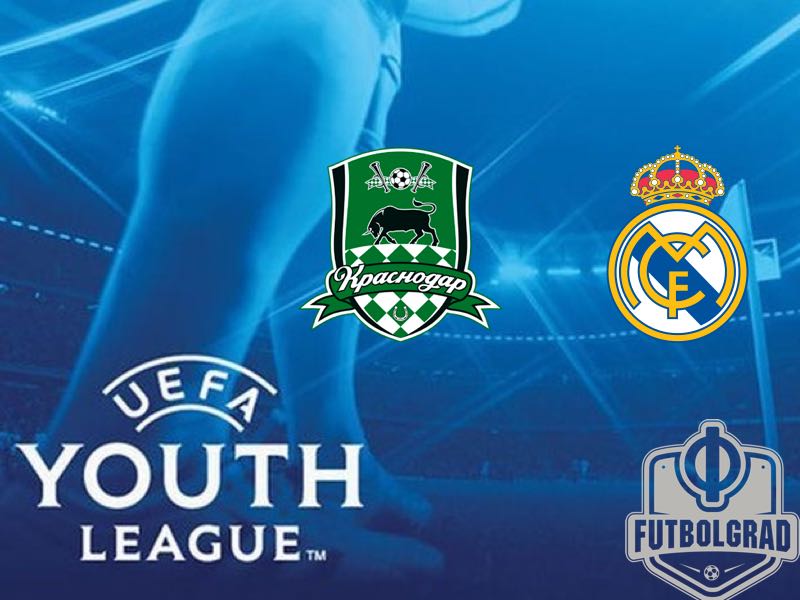 It is seldom that the UEFA Youth League takes headline news in Russia. But on Thursday night Krasnodar set a new attendance record for the competition as 32,510 visitors watched their FC Krasnodar’s U-19 side take on Real Madrid’s U-19 at the UEFA Youth League play-off stage, which sees the eight runners-up from the UEFA Champions League path compete against eight teams from the Domestic Champions Path.

As the champion of Russia Krasnodar entered the competition in the first round of the Domestic Champions Path where they eliminated Kairat Almaty 2-11 (2-2 and 9-0) on aggregate in what constituted a significant beating for the Kazakh team at the hands of the Russian champions.

Krasnodar was, however, not done there. In the second round, Krasnodar faced Honved from Budapest. Winning the first leg 8-0 at home a 1-1 draw on the road was enough to advance to the current stage of the competition.

Facing Real Madrid Krasnodar were drawn against one of the giants of European club football and the game created a significant buzz in the Southern Russian city. With one of the most beautiful stadiums in the Russian Federation, build for, by owner Sergey Galitsky, Krasnodar have been a bit of a different club within the Russian Football Premier League.

Although a billionaire Galitsky is not a typical oligarch either. Making most of his money with retail and supermarkets, Galitsky wants to build a club based on youth infrastructure and unearthing talent in Krasnodar. The commitment to youth is underlined by a brand new academy, which has now produced an under 19 side that can challenge some of the best teams on the continent in its age group. 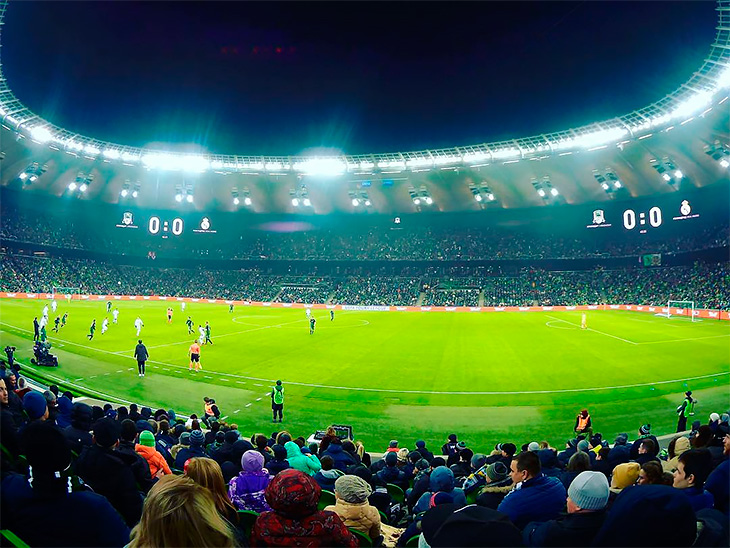 The Krasnodar Arena was packed for the UEFA Youth League match between Krasnodar and Real Madrid (Image via Sports.ru)

It is perhaps one of the main reasons why there has been a buzz about the game. Another reason, of course, is the name Real Madrid. But given the early kickoff time at 19:00 local time, the heavy traffic before the game and the cold February temperatures, it is incredible that the club managed to sell 32,510 of the 34,000 tickets available.

According to UEFA, the record breaks a previous attendance record set by Astana, which sold 17,000 tickets for Astana’s U-19 game against Benfica on November 25, 2015. The game also broke into UEFA’s top ten most attended youth games and is ranked ninth behind the 2016 U-17 European Championship group stage game between Azerbaijan and Portugal.

Perhaps even more remarkable six out of the ten games that are in the ranking took place in the post-Soviet space with the U-18 European Championship 1984 final between Hungary and the Soviet Union holding the top spot with an attendance of 72,800—three other games from that tournament also made the top ten.

The game itself also indicates that Russia is making progress when it comes to youth development—holding Real to a 0-0 draw it took penalties for the Spanish giant to eliminate the Russian champion. Speaking about the crowd, Krasnodar midfielder Artem Gulobov told UEFA.com: “The huge crowd did not put any extra pressure on us—far from it. The fans were our 12th man, and all our players are grateful to those who came to watch us. My parents came here all the way from Volgograd [a 600km journey]. It is a pity we could not please everyone with a victory.”

“The match turned out to be special as we played at a Champions League standard stadium,” said Real Madrid defender Adri. “It was great to show what you can do in front of such a big, appreciative crowd…” 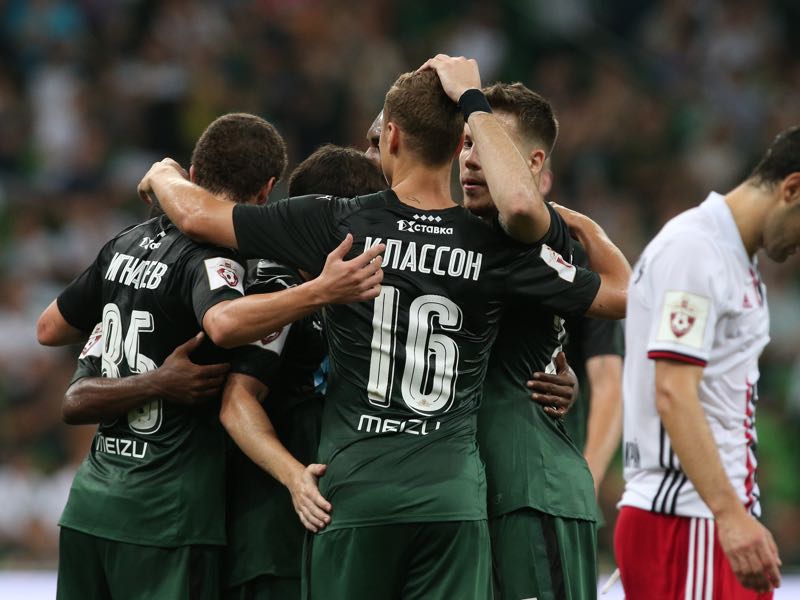 Ivan Ignatyev (l.) has already scored on the senior level for Krasnodar. (Photo by Epsilon/Getty Images)

The striker has already played in the Russian Football Premier League on four occasions and scored two goals and one assist. Understood to be a long-term replacement for superstar Fedor Smolov Ignatyev recorded ten goals in five UEFA  Youth League matches this season and might very well become the first star produced by Krasnodar’s youth academy, which despite the defeat on Wednesday night will have reached the notebooks of major European scouts.