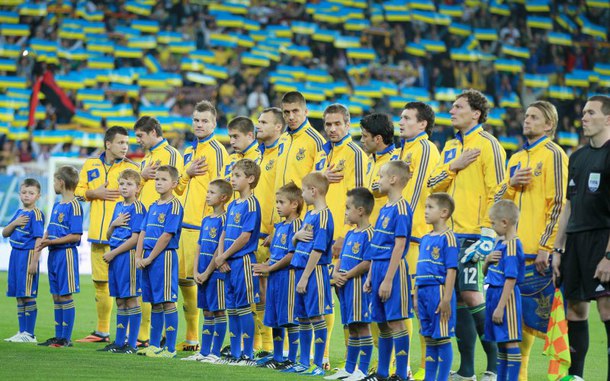 Two days following Ukraine’s loss to France in the second qualification round for the 2014 FIFA World Cup, on 23rd November 2013, the Euromaidan protests began. At the time, President Yanukovych had declined to sign an agreement with the EU, which would have strengthened Ukrainian-Western relations. The resulting protest lasted for three months, and by late February 2014 Yanukovych was impeached by the Rada (Ukrainian Parliament).

The events that followed were unforeseen. Crimea was annexed by Russia in March 2014 and one-month later Russian supported separatists in the Donetsk and Luhansk Oblasts declared independence from Ukraine. This sparked the creation of the anti-terrorist organization, designed to combat the militants in Donbass. The conflict brought death and destruction to Ukraine, displaced nearly one million people, and significantly weakened Ukraine’s economy. 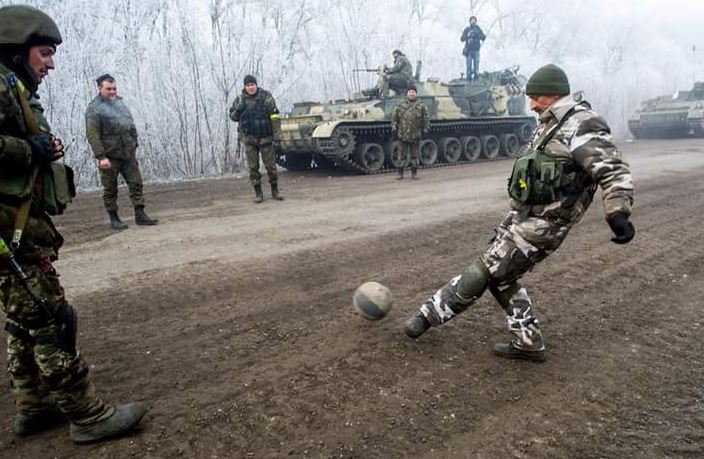 As the conflict in the Donbass continued, and the qualification campaign for the Euro 2016 competition drew closer, some football agencies speculated that Ukraine would fail to qualify for the competition due to its current crisis. These critiques were validated when Ukraine lost its opening match against Slovakia in Kyiv. Since this initial defeat, however, Ukraine has improved its qualification campaign for Euro 2016. Following its loss at Olimpiyskiy Stadium, Ukraine has won four matches from six and sits firmly in third place in Group C with four matches left to play.

Based on UEFA’s restructured Euro Cup format, however, only the top two teams from each group will directly qualify for the competition; the highest ranked third placed team will also directly qualify. The remaining eight third place teams from original the nine groups will then play in a two-legged play-off and the four nations with the strongest aggregate score-line will also progress. If Ukraine fails to finish either first or second in its group, therefore, it could face strong opposition in the second round of qualifications and potentially fail to qualify. Due to recent developments in European football, however, there is a strong possibility that Ukraine will finish second in its group for several reasons:

One is that Ukrainian clubs have invested significantly into youth infrastructure. Most notably Shakhtar Donetsk’s U-19 team reached the final of the 2014-15 UEFA Youth League. Also, youngsters such as Maryan Shved, who completed a transfer from Karpaty Lviv to Sevilla during the summer 2015 transfer window, will lead the charge of a young generation of exciting Ukrainian talent. Especially because Sevilla, unlike Karpaty, will be competing in this year’s Champions League competition, Shved’s development in Europe’s most prestigious club competition will provide great player depth within Ukraine’s squad. In addition, young Shakhtar Donetsk forward Viktor Kovalenko who was awarded the Golden Boot at the Under-20’s FIFA World Cup, and was also the brightest prospect of the Shakhtar U-19 squad, has now started to see regular playing time at Shakhtar. 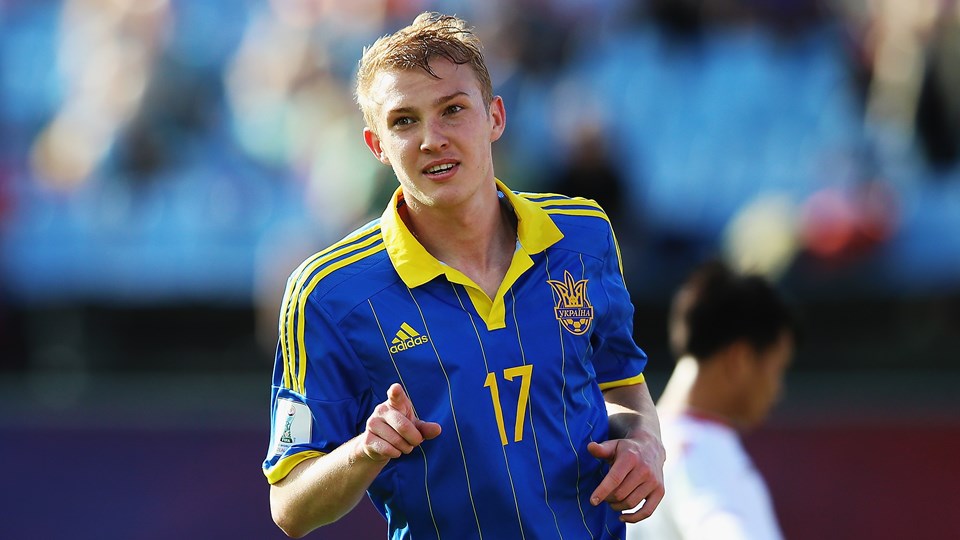 Viktor Kovalenko was recently called up to the Ukrainian national team

Furthermore, Ukrainian clubs consistently perform well in the Champions League and in the Europa League. During the first half of 2015, for example, Ukrainian club Shakhtar Donetsk competed in the 2014-2015 Champions League. Also, Ukrainian clubs Dynamo Kyiv and Dnipro Dnipropetrovsk advanced far in the 2014-15 Europa League Season. Dynamo held an impressive run, with its most notable victory over English club Everton in the Round of 16. Dynamo was knocked out of the competition following a 3-1 defeat on aggregate to Italian side Fiorentina in the quarterfinals. Meanwhile, Dnipro managed to progress to the final, thereby dismissing the expectation that, due to the crisis, Ukrainian clubs and Ukraine would compete poorly on the international level. Although Dnipro did not win the competition, the club did win the hearts of its people. 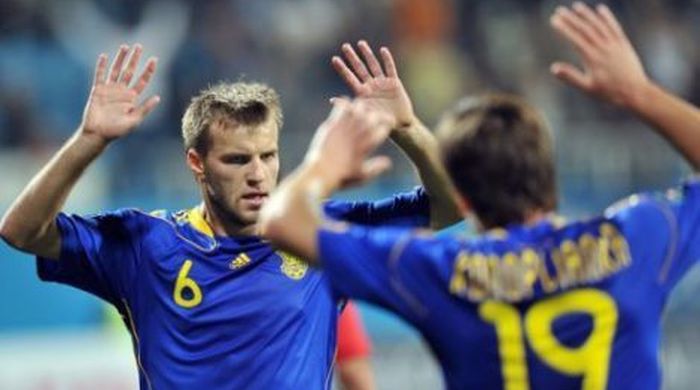 Konoplyanka and Yarmolenko also known as the “Terrible Twins”

Finally, Ukraine has its “terrible twins”—as ESPN’s Ian Darke referred to them during the USA vs. Ukraine friendly match in March 2014—wingers Yevhen Konoplyanka and Andriy Yarmolenko. Thus far, Ukraine has scored 9 goals in the Euro 2016 qualification process, with involvement by Konoplyanka and Yarmolenko in 7 of them, either providing an assist or scoring directly. The summer 2015 transfer window may even be more promising now that Konoplyanka, after a long transfer saga, has moved to Spanish club Sevilla where he hopes to further develop his skills. His goal versus Barcelona in the UEFA Super Cup, which forced the match into extra time, has already shown that he has had a magnificent start at his new club.

Yarmolenko, too, has shown that he has a tremendous career ahead of him. In spite of the fact that he has spent his entire senior career at Dynamo Kyiv, he is currently Ukraine’s highest scorer and has been called Andriy Shevchenko’s heir. Although Yarmolenko’s anticipated summer transfer is still in the balance with Borussia Dortmund now appearing the most likely destination, the fact is that even if he remains at Dynamo Kyiv this season and competes with them in the Champions League, regardless, he is a great talent for Ukraine’s national team.

In summary, while Ukraine started poorly in its qualification process for Euro 2016, it has since revamped its efforts to qualify for the competition. If the Ukrainians are able to transfer their club success over to national team duty, Ukraine will very likely finish second in Group C and will qualify directly for Euro 2016.